How microbiome research promises to solve blood shortages, halt food allergies and give us better skin

Ricki Lewis | July 16, 2019
This article or excerpt is included in the GLP’s daily curated selection of ideologically diverse news, opinion and analysis of biotechnology innovation.

Is your body wash gentle on your microbiome? asks the voiceover in a Dove ad.

A half dozen befuddled young women then attempt the Herculean task of repeating the word “microbiome.” Finally, one says, “I actually don’t even know what that is!”

MotherDirt Body Wash has “been screened and tested using our biome-friendly platform for compatibility with the skin’s natural biome,” reads the label. Sounds good! But a closer look reveals it’s liquid soap with a pinch of salt, a dash of sweet almond oil, citric acid, and, of course (?), some hydrolyzed pea protein.

Popularity of “microbiome”-as-buzzword must have presented an advertising challenge for a body wash, which must remove dirt but not unsettle the microbial residents of the human epidermis. And so the products promise to maintain the skin microbiome, as if it’s going to spontaneously evaporate unless one forks over $30 for a bottle of soap.

Most websites offer helpful tutorials for those who haven’t taken microbiology. Dove, for example, provides “An introduction to (the) skin microbiome” that is well done if not grammatically perfect: “Microbiome, microbes, skin flora they might be unfamiliar terms, but they’re as easy to understand as they are important.”

Skin isn’t the only target of microbiome marketing. 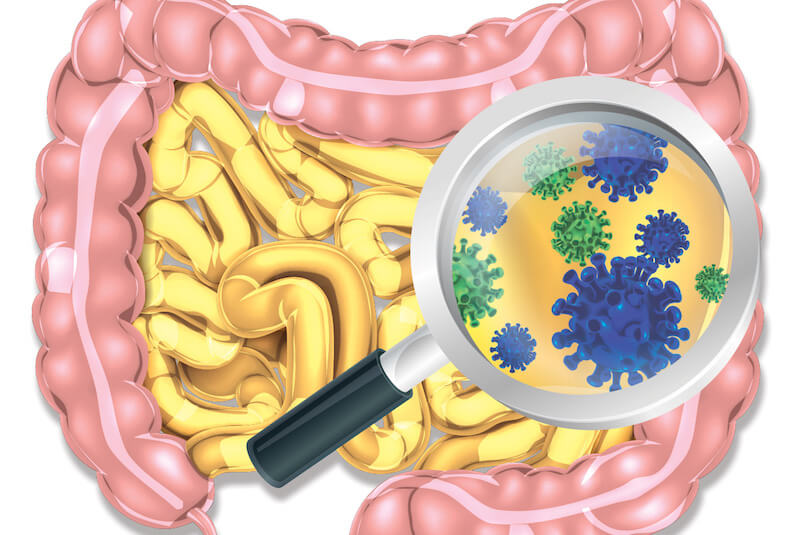 A microbiome isn’t just something to maintain or optimize – it can also be a crystal ball. Researchers from UCLA and Ben-Gurion University recently introduced “Microbial community Temporal Variability Linear Mixed Model (MTV-LMM) in PLOS Computational Biology. It’s a tool to use the make-up of a person’s gut microbiome at one time to predict how it will change by another point in time.

But a company, Viome, already offers this service, with its “Gut Intelligence Test.” “We are the only company able to identify and quantify the living microorganisms in your gut microbiome in order to analyze what these organisms are producing and provide you with personalized nutrition recommendations.” Participation promises to “unlock scientific breakthroughs” and “make illness elective.”

Viome distinguishes its science from that of other microbiome companies with it’s “metatranscriptomic sequencing technology.” That means that it looks at RNA, not DNA, and a lot of it.

The process of transcription copies differing sets of RNA molecules from DNA sequences as an organism goes about being alive, so tracking it offers a glimpse of what’s going on physiologically and metabolically. But RNAs also come from the billions of microorganisms and viruses living in and on our bodies. Viome identifies and follows them, the RNAs that are not of us. 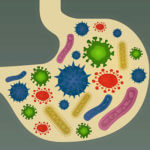 The gut microbiome is probed in stool. Viome has an app, and at first I worried that participation required doing something unsanitary to one’s cell phone. Instead, a curious consumer sends in a sample, at $149 a pop, once a year, establishing a personal “microbial GPS.”

Once samples are in, analysis by Viome’s “artificial learning engines” individualizes the best foods to eat and supplements to take. I’m thinking of signing up my cat Romeo. He has issues with dingleberries and we could use some dietary advice.

The idea to strip blood types A, B, and AB of the red blood cell surface sugars that make them A, B, and AB, turning them into type O, has been around for decades. It would be a valuable trick because type O is the “universal donor,” working in anyone until the correct type is found. And the American Red Cross recently predicted that a “critical type O shortage” could lead to surgery postponements and emergency departments running out. 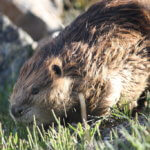 Efforts in the 1980s to use an enzyme from green coffee beans (alpha galactosidase) to denude red blood cells into becoming type O worked, but not at a level to be useful. Then in 2007, researchers at ZymeQuest identified enzymes from two bacterial species that could dismantle the blood type sugars, but again couldn’t make enough of the stuff.

A decade later, chemist Stephen Withers, PhD, from the University of British Columbia, had an idea, based on experiments he and his team had conducted to analyze the biochemistry behind how beavers build dams. They began their December 2018 report by describing the North American beaver (Castor canadensis) as “an engineering marvel, transforming landscapes and shaping biological diversity through its dam building behavior.”

Beavers use more than their buckteeth and flat tails. Bacteria in their guts produce wood-degrading enzymes, easily sampled from beaver excrement. The animals derive nutrients from the sawdust within, while transforming a forest.

The beaver’s enzymes tackle complex sugars, which Dr. Withers recognized resemble those on human red blood cells. Might the slippery inner lining of the human gut, consisting of the sugary mucin, harbor microbes that could recognize and trim away the similar sugars that make a red blood cell type A, B, or AB? He thought so, because the gut bacteria hang on to the sugars in mucin to stay in place – otherwise they’d be flushed out during defecation.

So the team applied the same “metagenomics” strategy they used to probe the microbes in beaver feces to stool from a man with type AB blood.

The researchers made a library of 19,500 candidate bacteria and zeroed in on the little-known Flavonifractor plautii. It indeed has a pair of enzymes that strip red blood cells to the coveted type O. The genes transferred to standard E. coli pumped out the enzymes, which changed the blood of 26 type A volunteers to type O and did the same to units of blood.

Next up: evaluating purity, and searching for even more efficient enzymes. The work is published in a recent Nature Microbiology.

Tweaking the gut microbiome can coax the bacteria that normally protect against food allergy into action, according to a recent report in Nature Medicine from researchers at the Massachusetts Host-Microbiome Center at the Brigham and Women’s Hospital and Boston Children’s Hospital. Food allergy is a “dysbiosis” – when a microbial upset abolishes protection from foods that could provoke an immune response.

An approach that alters the microbiome, as simple as taking a tailored probiotic consisting of half a dozen bacterial species, could avoid life-threatening food allergies or the need to be hyper-alert and carry an epi-pen. Said author Lynn Bry, MD, PhD, director of the Massachusetts Host-Microbiome Center:

Giving the bacteria can not only prevent food allergies, but also reverse them in people who already have them, Bry added, dubbing the strategy “resetting the immune system.”

The researchers compared the microbiomes in daily stool samples from 56 babies with food allergies to samples from 98 infants without them. Then microbiome samples were introduced into mice that had immune systems sensitized to eggs.

The mice who received gut bacteria from the healthy babies were better protected against their egg allergy than those whose samples came from kids with food allergies.

Next, using computational approaches, the investigators gave oral preparations of bacteria to mice to see if they could prevent food allergies. It worked! They hit the bullseye with bacteria of types Clostridiales and Bacteroidetes.

The bacteria target regulatory T cells, which is a different approach than the old school technique (oral immunotherapy) of giving small amounts of an allergen to induce tolerance. And the new way is broader. The researchers have formed a company to develop their “live human biotherapeutic product” to prevent or treat food allergy in kids.

Another study, published in Brain, Behavior, and Immunity, associates gut microbe make-up with development of temperament traits in children.

Anna Aatsinki, from the University of Turku, Finland and colleagues, tracked the gut microbiome in 303 infants. They found that Bifidobacterium species (a common constituent of many probiotic products, as well as greater microbial diversity, were associated with more positive emotions and less negativity – i.e. happier babies – which might predict extroversion later in life and less likelihood of depression, they suggest.

The recent microbiome paper that captured the most attention was the link to enhanced performance of elite runners, published in Nature Medicine from George Church’s group at Harvard. I can envision the products now – move over MotherDirt and Dove body wash.

The researchers analyzed stool samples from 15 Boston Marathon runners (BMs from BMs) and 10 non-runners for a week before and a week after the event. Specifically, bacteria of genus Veillonella were more abundant in the stool of the athletes afterwards compared to the controls. That made sense, because these bacteria gobble up the lactic acid that pours from stressed skeletal muscle cells robbed temporarily of oxygen during intense contraction.

But the researchers went beyond this not unexpected finding. They repeated the results in 87 other athletes. And they gave Veillonella from one of the marathoners to 16 mice, which were then able to up their performance on a lab treadmill test compared to the efforts of control mice not so endowed. 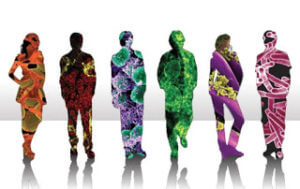 Yet another study combines aspects of the others in this post: RNA analysis of the skin microbiome before and after slathering on a skin care product. These investigators surveyed just a few well-studied RNAs, not the whole hog transcriptomics of Viome.

The report “evaluated the impact of four beauty products (a facial lotion, a moisturizer, a foot powder, and a deodorant) on 11 volunteers over 9 weeks,” looking at microbial species as well as chemical profiles.

The scintillating findings: When deodorant or foot powder use ceases, microbial diversity of the treated skin area plunges. So going cold turkey off Secret, Speed Stick, Old Spice or our old friend Dove might be a bad idea.

Effects of the products last weeks, and responses are highly individualized. I anticipated the conclusion: “These findings may lead to next-generation precision beauty products.”

I can envision the new crop of ads. Perhaps by then the flummoxed young women will learn to say “microbiome.”