Could blood from babies’ umbilical cords rejuvenate our grandparents’ brains?

This article or excerpt is included in the GLP’s daily curated selection of ideologically diverse news, opinion and analysis of biotechnology innovation.
Even without diseases like Alzheimer’s and other dementia, human brains experience deterioration that inevitably comes with aging. One of the areas most affected is the hippocampus, a small region deep inside the brain that helps us remember our experiences. As we age, new cells aren’t as plentiful there, making it more difficult to remember and learn. Scientists hope that targeting this degeneration will help brains stay healthier longer.

Mice suffer the same neurological consequences of aging. And in a new study, scientists at Stanford were able to reverse some signs of aging and improve memory and cognition using injections of  umbilical cord blood from humans. From the Telegraph:

When the older mice received human umbilical-cord blood plasma every fourth day for two weeks, their memory, learning and hippocampal function improved notably, as well as their ability to navigate through a complex maze.  Plasma from older people, on the other hand, was no help at all, while young-adult plasma only induced an intermediate effect.

The mice’s memory and learning improvements were about 30 to 50 percent better for mice who got the umbilical cord plasma, compared to mice who got plasma from older people study author Tony Wyss-Coray told the L.A. Times.

In further experiments, the scientific team tried to isolate which proteins in the umbilical cord blood might be having the memory-boosting effect. They settled on one called tissue inhibitor of metalloproteinases 2 (TIMP2). This protein is found in high concentrations in very young mice and decreases with age. 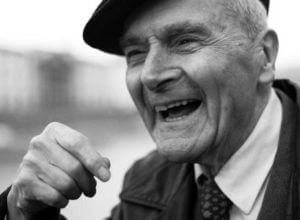 This is one of the first studies to show that proteins from young organisms can improve memory and aging. From the Telegraph:

Alzheimer’s Society head of research Dr James Pickett said, “Everyone experiences some decline in memory as they get older. The possibility that this process can be reversed by an infusion of young blood sounds like the stuff of science fiction, but this is what the study is beginning to show.”

The scientists who performed the study cautioned that it would be five to ten years, at least, for the TIMP2 findings to convert to a testable therapy for humans. From the LA Times:

Finding that TIMP2 can alter the activity of the hippocampus as well as complex behavior in mice is a far cry from showing it can be an effective agent of neural regeneration in humans, Wyss-Coray said. But it’s an important waystation on the path to showing its potential in humans. The process of producing it in recombinant form, purifying it as a treatment, and testing it extensively in humans could take five to 10 years, he added.

And other aging and memory experts urged further caution when making claims about what TIMP2 could mean for people. Not only is there the mouse study to human study issue (most mouse studies don’t translate into useable human treatments); but this study only showed an effect of TIMP2 on normal aging mice, not mice engineered to mimic Alzheimers disease or other human dementia.

The study has garnered a lot of attention because of renewed controversy surrounding parabiosis. The study has had a few iterations, from conjoining old mice to young to see what happens, to more elegant, modern experiments like this one where scientists try to identify and test candidate molecules in young organisms’ blood that might fight aging in older organisms of the same species. From Science:

Decades ago in somewhat grisly experiments, researchers found that sewing together the circulatory systems of an old and young mouse so that they shared the same blood supply rejuvenated the old animals. In 2014, as part of renewed interest in this unusual procedure, known as parabiosis, neuroscientist Tony Wyss-Coray’s lab at Stanford University in Palo Alto, California, reported that it could mimic some of the brain-boosting effects of parabiosis with injections of young mouse plasma, the cell-free part of blood.

But parabiosis studies go back and forth, finding an effect in one system but not replicating it in another. Irina Conboy at the University of California at Berkeley has found an affect of young blood on the aging circulatory systems of old mice, but never found an effect on memory and cognition. It’s unlikely, in her opinion, that TIMP2 can explain all the effects. From NPR:

From the point of view of Castellano and colleagues, aging involves a loss of beneficial materials; for example, diminishing amounts of proteins that were once present in the plasma. To Conboy, however, “The problem is not that you run out of positive things, but that you accumulate negative things.” She and others hold that proteins likely accumulate with old age, sometimes inhibiting certain functions, including the growth of new cells. “We have hundreds of proteins that change with age,” she says, and finding a way to reduce the effects of aging will likely require tinkering with a huge bouquet of them.

It’s also important to note that Wyss-Coray has a financial stake in developing drugs based on this protein. He is the founder of an anti-aging company called Alkahest. From Science:

Stanford has filed for patents on using TIMP2 to treat aging-associated conditions, and Alkahest, a company in San Carlos, California, that Wyss-Coray co-founded, plans to develop it. An Alkahest-sponsored trial at Stanford testing young human plasma as a treatment in 18 Alzheimer’s disease patients ended in January; results will be presented at a meeting in November, says Alkahest CEO Karoly Nikolich.

Meredith Knight is a frequent contributor to the Genetic Literacy Project and a freelance science and health writer based in Austin, Texas. Follow her @meremereknight