‘Sophie’s Choice’ in the time of coronavirus: Deciding who gets the ventilator

This article or excerpt is included in the GLP’s daily curated selection of ideologically diverse news, opinion and analysis of biotechnology innovation.
Three otherwise healthy patients go to the emergency department with severe acute respiratory failure. Only one ventilator, required to sustain life until the worst of the coronavirus infection has passed, is available. Who gets the vent?

That’s what “A Framework for Rationing Ventilators and Critical Care Beds During the COVID-19 Pandemic,” a Viewpoint just published in the Journal of the American Medical Association (JAMA), addresses. Douglas White, MD, MAS, Endowed Chair for Ethics in Critical Care Medicine at the University of Pittsburgh School of Medicine and Bernie Lo, MD, from the University of California, San Francisco, wrote the Viewpoint, which links to a full policy document that’s been in the works since 2009. It is being implemented in several states and can easily be adapted to any hospital, Dr. White said in a Webinar on March 27. 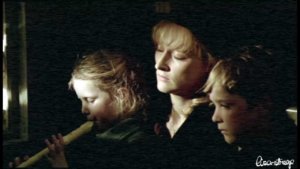 The impending shortage of ventilators during a surge of viral infections evokes the scene in William Styron’s 1979 novel (and 1982 film) Sophie’s Choice. Upon arriving at Auschwitz, Meryl Streep’s character, a young Polish Catholic mother, must choose which of her two children would be gassed immediately and which would be allowed to live. The decision haunts her for the rest of her days.

Intensivists – physicians trained in critical care medicine – now face the dilemma of choosing who gets the ventilator. There’s precedent, in allocating organs for transplant and, more generally, slots in clinical trials. But nothing has happened at this scale and in this time frame, the looming tsunami of need. Said Dr. White:

The “multiprinciple allocation framework” applies the score of  1 to 8  to everyone. It is based on projecting what will happen after a patient survives being on the ventilator. 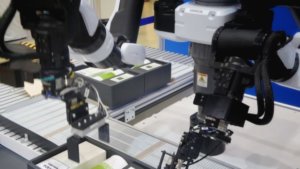 “Just getting the most patients out of the ICU is not enough. If they get out and they have weeks or months left to live, we are not capturing all the things we think are important. No single principle adequately captures the values we take into account when we make these decisions,” Dr. White explained.

The process begins with triage, a staple of disaster medicine.

First, people who have previously stated that they would not want mechanical ventilation in the face of catastrophic or end-stage illness would be asked if they still feel that way. If so, they’re taken out of consideration. A second Viewpoint in the March 25 online JAMA, from J. Randall Curtis, MD, MPH, of the University of Washington, Seattle and colleagues, emphasizes the importance of knowing someone’s DNR wishes.

Second, a team separate from the doctors directly treating the patients makes the triage decisions. “That (treating) doctor has an obligation to the patient right in front or her or him and is knee-deep in keeping patients alive,” Dr. White said. The triage team coordinates with other hospitals, perhaps moving a patient to a facility with an available ventilator before starting down the Sophie’s choice pathway.

Third comes the 1-8 scale that reduces a complex comparison to two general criteria: 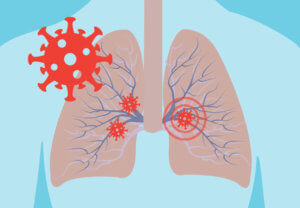 To assign the scores, doctors consult commonly-used “severity of illness” rating scales to compare just how sick the patients are. That may entail a bit of apples-to-oranges comparisons though. Is a person who recently underwent chemo more likely to survive a prolonged ventilator stint than someone who’s had a recent heart attack?

As the states wrestle with  triage protocols, the fear that certain groups will receive lower status persists, even with use of rating scales and the best intentions. The Arc of the United States, for example, which advocates for people with intellectual and developmental disabilities, has reportedly filed complaints with the Health and Human Services (HHS) department’s Office of Civil Rights (OCR) about possibly impending plans in Washington state, Alabama, and Tennessee. “We’re in the process of opening investigations right now,” said Roger Severino, director of OCR, in a briefing with reporters on March 28.

Returning to the three hypothetical patients competing for one ventilator, assume that they all score a 2. Next, two other factors come into play.

“The ‘life cycle principle’ states that all other things being equal, priority is given to the person who has had the least chance to live through life. If one person is 20 and the other two elderly, there would be a strong argument to give priority to the younger patient. It’s not because anyone has more worth or value than anyone else,” said Dr. White.

Related article:  New 'DNA clock' finds that if our genes had their way, humans would have a 'natural' lifespan of 38 years

The second tiebreaker is ‘critical worker status,’ using what Dr. White calls the “concept of instrumental value.” That is, health care workers and those who enable them to work, who fall ill, receive priority:

Nurses, respiratory therapists, doctors, and the people who clean the rooms between patients in the ICU – by prioritizing these individuals we may augment the response of the health care system and save more lives. For the risks these individuals are taking the health system should ensure they’re taken care of if they get sick.

Ventilator math and a crystal ball 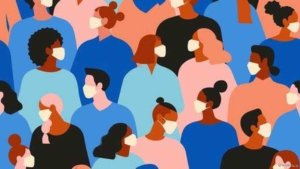 Stress on the health care system to provide enough ventilators emerges from two factors: the huge number of infected people, and the fact that the sickest need to be on a vent about twice as long as people being treated for other respiratory conditions: up to 12 days.

A peculiarity of COVID-19 that impacts ventilator allocation is that some patients seem to do okay once taken off the vent, and then crash.

“There are subgroups who, when we extubate, look good initially and pass the parameters (for discontinuation) and then they get hypoxic and require reintubation. The rate is higher than we’re used to,” said Michelle N. Gong, MD, professor of Medicine and Epidemiology and Population Health at Albert Einstein College of Medicine and Chief of Critical Care Medicine at the Montefiore hospital group in New York City, at an earlier JAMA webinar.

Dr. White agrees. “COVID-19 requires a long duration of ventilation for improvement. It’s important that when we reassess a patient that we don’t release her or him too early. The first 96 hours is too soon to get a signal that separates those who will survive from those who will die. This is really challenging and we don’t yet have good empirical data. So we err on the side of longer ventilation than shorter.”

If patients destined to crash can be identified, their “spot” can go to someone of equivalent distress not likely to die when taken off the ventilator.

The unthinkable: taking a vent from one to save another

Does Sophie’s choice extend to removing people already on ventilators who aren’t doing as well as others who are waiting?

“If we get to a point where there are far more patients who need vents than there are vents, after triage we would pick from among those present every day. But we’ll also need to reassess patients on vents to see if they are improving or if their prognosis is worse than those in the queue. If so, we would need to withdraw mechanical ventilation for those with poor progress in order to give it to patients who are waiting and have better prognosis,” Dr. White said.

The setting is strikingly different from the more typical situation of a family deciding to take an end-stage cancer patient who’s been sick for many months off of a ventilator when others aren’t waiting. A need for ventilators to fight a COVID-19 infection that detonated just days earlier, in many people, is a different beast entirely.

And so ever-evolving assessment tools, like the 1-8 scale, are being developed and deployed to help clinicians and bedside bioethicists make these tough decisions.

No one likes to talk about these sorts of situations, but the conversations are being forced. The doctors in Italy likely made Sophie’s Choices, Dr. White admits, clearly uncomfortable.

Can ventilators be split, like sticking two straws into a can of Coke? Not easily, say experts.

“From a technical standpoint, that’s not something most hospitals will know how to do,” Dr. White said. 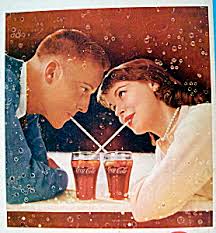 The reason is that each patient is different. “It’s an incredible calculation problem to figure out how to appropriately ventilate patients with different lung characteristics with one ventilator. Some have stiff lungs while others have compliant lungs. It would be great to see that capability, of sharing vents, developed, but we’re not there yet,” Dr. White added.

Bioethicists are also discussing ways that a family can remain connected when a COVID-19 patient is taken off a ventilator.

The best-case scenario is having enough PPE for loved ones to use so they can be at the bedside. The next best solution is a remote bedside vigil via video. “We try to somehow allow the family to be with the patient and have some closure,” Dr. White said.

Choices are going to be necessary, akin to Sophie’s.