Coronavirus immunity passports could create a world of ‘us and them’. But here’s why they make sense

Dividing groups of people into “us” and “them” isn’t usually a good idea, but in the scary new world of COVID-19, it makes a certain sense. Issuing “immunity licenses” – aka passports or certificates – to people whose blood contains neutralizing antibodies against the novel coronavirus may be a safer way to reopen parts of the economy than letting unchecked crowds spill onto beaches, pack into subway cars, and fill eateries, stadiums, and concert venues.

Getting an immunity license should be free. The Coronavirus Aid, Relief and Economic Security (CARES) Act requires private and public insurers to pay for all professional SARS-CoV-2 testing, including antibody tests, and reimburse hospitals for testing uninsured patients. And licenses won’t be needed indefinitely. They’re a bridge to gradually reawaken the economy until a combination of vaccines and recovery build towards herd immunity – if that happens.

The coming of immunity licenses is “almost inevitable,” said Ezekiel Emanuel, an oncologist and bioethicist at the University of Pennsylvania during a webinar that JAMA held, upon publication of a Viewpoint he wrote with Govind Persad, from the University of Denver.

“Countries like Chile and Germany have already said they would do this. If New Zealand becomes virus-free, they’re going to only want people coming in who can demonstrate a license or do a 14-day quarantine. The UK too is discussing an immunity-based license. It’s going to be travel that forces the US to adopt the idea,” Emanuel said.

On the surface, the idea of distinguishing those who have recovered from those who are susceptible to infection may seem like a ticket to discrimination, a literal status symbol. Would holding a license become part of a job application, a dating profile, a metro card, or a stamp on an airline ticket like TSA precheck?

More nefariously, would not having an immunity license become like wearing a scarlet letter as Hester Prynne did in Nathaniel Hawthorne’s classic tale to mark her as an adulteress, or Jewish people being forced to wear yellow stars in Nazi Germany?

Comparison to Nazi Germany, which Dr. Emanuel was asked about during the webinar, is a false dichotomy, he said. “We have to recognize the difference between having a star because you’re Jewish and having an immunity passport because you’ve recovered from COVID-19. The first is what’s legally called invidious discrimination – taking an irrelevant factor and excluding you from benefits and rights in society, and eventually sending you to concentration camps. That’s very different from an immunity passport not based on a characteristic like race, religion, or gender, but upon recovering from an infection and becoming immune so you can’t pass it on.” 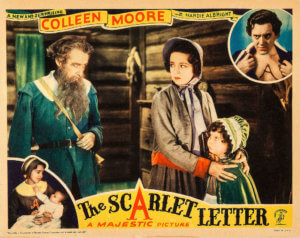 Emanuel compared an immunity document to the necessity of having a driver’s license. “Driving a car poses a lethal threat to self and others. We test people, make distinctions in gradations – you need a license to drive a bus or truck or motorcycle. Similarly, with an immunity passport, you get certified, but it’s time-limited because we don’t know how long immunity will last.” Natural immunity to SARS lasts up to 2 years and to MERS up to 3 years.

Widespread use of immunity licenses also depends upon having enough accurate serology testing to reliably detect neutralizing antibodies. And we still don’t know whether reinfection happens.

In a report in Nature Medicine, Joshua Weitz, from the Georgia Institute of Technology, and his team coin the term “shield immunity” to describe using the short-term immunity of the recently-recovered to temporarily protect the vulnerable by replacing them in parts of the outside world.

“Our epidemiological intervention computational model describes ways in which serological tests used to identify individuals who have been infected by and recovered from COVID-19 could help both reduce future transmission and foster increased economic engagement,” said Weitz.

The model considers a population of a specific size against shielding strategies of varying strengths to predict number of lives saved. “Strength” refers to the proportion of protected individuals who substitute in society for infected individuals in a particular role – such as recovered health care workers.

The metrics are clear. In a population of 10 million citizens, “intermediate” shielding with worst-case viral transmission can reduce 71,000 deaths to 58,000. But “enhanced” shielding – more protected people replacing vulnerable ones – would cut deaths down to 20,000.

Related article:  Our Neanderthal DNA might explain who gets sickest from COVID-19

Even better would be teaming shielding with continuing some social distancing as the economy reopens.

Documents similar to immunity licenses or passports are already in use. For example, students, teachers, and educational support staff need proof of vaccination to go to school. International travel requires a slew of vaccinations. And of course health care workers need them.

But an immunity license for COVID-19 would differ from one for, say, yellow fever or hepatitis, in three ways, Hall and Studdert argued.

First, we know so little about the new virus compared to other pathogens. Secondly, immunity is possible only through infection and recovery, not also through a vaccine. People are vaccinated against yellow fever and hepatitis B, for example.

“Thirdly, the conditioned ‘privileges’ could include a greater range of fundamental civil liberties and opportunities, like freedom of association, worship, work, education, and travel,” wrote Hall and Studdert.

As the idea of immunity licenses gains traction, some people are antsy about waiting for the particulars to be worked out. Knowing they were sick, some individuals might start going out more, assuming immunity even if they’d never had a diagnostic PCR-based test or one for protective antibodies. Wrote Hall and Studdert:

People will begin to self-certify, with much less accuracy and credibility than if certification were official. The rapidly unfolding situation raises a host of important legal, ethical, and policy concerns that will not wait for greater scientific certainty.

Emanuel agreed. “Imagine being a parent of a child going to school, or hiring a nanny. You’d do your own immunity-based passport. If it starts out haphazardly, we’re not going to get an organized system,” he warned.

I remember back in the 1960s, in that slice of time when youngsters progressed through a series of infectious diseases – measles, mumps, rubella, and chickenpox – many parents intentionally exposed their kids to sick friends to get the diseases over with. The practice of “pox parties” diminished when the public realized that these diseases can be deadly, and with the arrival of vaccines.

“We are a society based on individual rights, and we want people to make choices about risk. We allow extreme sports, skiing, bungee jumping. We allow them to drive cars. We won’t get rid of pox parties entirely, but we don’t want to incentivize behavior that has serious complications,” said Emanuel, who admitted to having had pox parties for his now-grown sons.

But the initial thinking that kids aren’t likely to contract or get very sick from COVID-19 has been changing. Young people can suffer strokes. And the recent emergence of multisystem inflammatory syndrome in children weeks after the acute sickness, or even in asymptomatic kids, is a good reason not to intentionally expose a child.

A reversal of fortune?

The fact that the virus is affecting communities of color and poverty considerably more than other areas is undisputed. Reasons are many: access to health care, living in crowded conditions, higher prevalence of underlying conditions that elevate risk of infection. But these higher-risk groups may also disproportionately benefit from immunity licenses.

The licenses will actually correct some disparities and even “operate more as a leveler than a class divider,” said Hall and Studdert. That assumes antibody testing is available to all.

Emanuel offered an example. “African-Americans are 45 to 50% of the Washington, DC population, but in terms of deaths from COVID-19, they account for around 80%. It is a horrible disparity. But immunity passports would then allow these African-Americans exposed to the virus to participate in employment. There’s no discrimination in an immunity-based passport. It’s based on whether you’ve recovered or not.”

Rolling out immunity licenses will also require safeguards. They must be “hard to forge or counterfeit, a nonhackable electronic certification,” said Emanuel, comparing the challenge to the FAA certifying pilots. States in the end will have this responsibility, he added.

Concludes Weitz, “We don’t have a silver bullet. Until we have a vaccine, we will have to use a combination of strategies to control COVID-19.”