This article or excerpt is included in the GLP’s daily curated selection of ideologically diverse news, opinion and analysis of biotechnology innovation.
We grew up in an era when the mainstream media reported the news straightforwardly, but now much of it is bought and paid for. In other words, it is propaganda – defined as information, especially of a biased or misleading nature, used to promote or publicize a particular political cause or point of view.

The British Guardian newspaper is Exhibit A, or maybe, as members of the scientific community, we should say Public Enemy No. 1. The paper sought and received a grant $886,600 from an advocacy group, the Open Philanthropy Project (OPP), to publish a series titled “Animals farmed.” The grant spurred a succession of articles that paint animal husbandry variously as inhumane, unhealthy, or dangerous to the environment:

To put it bluntly, the transactional arrangement between The Guardian and OPP has yielded propaganda, not news.

The Guardian’s hypocrisy is prominently on display in view of its stated commitments: “We will inform our readers about threats to the environment based on scientific facts, not driven by commercial or political interests,” and “The Guardian’s editorial independence means we set our own agenda and voice our own opinions. Our journalism is free from commercial and political influence.”

We can cite 886,600 rebuttals to those hollow promises.

What motivates the Open Philanthropy Project? It supports animal welfare, as do we, but the group has a conflict of interest from a financial interest in a competitor of animal husbandry. That is revealed here by University of California Davis Professor of animal science Frank Mitloehner:

The Guardian was a likely candidate for such a shady arrangement, in any case. For decades, it has been a predictable source of disinformation and fear-mongering about molecular genetic engineering in agriculture, including a sympathetic description of Greenpeace’s rationale for the wanton destruction of genetically engineered crop research, and stories supporting critics of genetic engineering. The Guardian even had the audacity to run a story claiming that “Father of the Green Revolution” Dr. Norman Borlaug, killed millions, when in fact his research arguably saved a billion people from starvation.

The reality is that four decades of research and development on genetically engineered food crops has confirmed what theory predicted from the outset, and what data have reinforced repeatedly – that the use of the technology confers no incremental risk and is essentially an extension, or refinement, of earlier, less precise techniques for genetic improvement, and that it could yield monumental commercial and humanitarian successes. 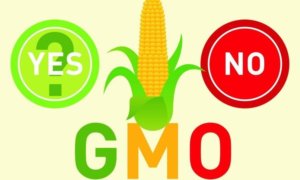 The Guardian frequently propagates the myth that the terms “genetic modification” and the common shorthand “GMO” (for “genetically modified organism”) represent a meaningful grouping of things – that is, a genuine “category.” In fact, organisms improved with the newest molecular genetic engineering techniques and the foods derived from them do not in any way constitute meaningful groupings, which makes any choice of what to include in them wholly arbitrary and misleading. Nor have they been shown to be less safe or, given the pedigree of the foods in our diet, in any way less “natural” than thousands of other common foods.

Genetic modification by means of selection and hybridization – to say nothing of the “natural” movement of genes, as part of Darwinian natural selection – has been with us for millennia, and the techniques employed along the way, including the newest ones, are part of a seamless continuum. For more than a century, plant breeders routinely have used radiation or chemical mutagens on seeds to scramble a plant’s DNA to generate new traits.

Since the 1930s, “wide cross” hybridizations, which involve the movement of genes from one species or one genus to another, have given rise to plants that do not exist in nature; they include the varieties of corn, oats, pumpkin, wheat, rice, tomatoes and potatoes we buy and consume routinely. (Yes, even “heirloom” varieties and the overpriced, often inferior organic stuff at Whole Foods.) With the exception of wild berries, wild game, wild mushrooms and fish and shellfish, virtually everything in North American and European diets has been genetically improved in some way.

The erroneous assumption that “genetic modification” is a meaningful category has led to various kinds of mischief, including the vandalization of field trials and the destruction of laboratories; local bans or restrictions; and a spate of spurious lawsuits of various kinds.

The Guardian has published a few accurate news articles about genetic engineering, such as one about Nobel Laureates stating there are no unique health risks from GE crops, and another that reported positive attributes about GE crops. The paper also ran an article by a British farmer that paints an accurate picture of animal agriculture.

But fear sells far better and can be more persuasive than facts – and it gets more prominent presentation; recall the old adage about media, “If it bleeds, it leads.” In any case, those few do not undo the litany of misrepresentation and bias. Responsible journalism is not served by a false equivalence between inaccurate, scurrilous, hit-pieces – whether paid for or not – and accurate news or opinion articles, especially when the former have predominated for decades. The Guardian’s fear-mongering is part of a calculated “information cascade” that has stigmatized and stymied the adoption of this safe effective technology in many parts of the world.

In democracies, freedom of the press includes the right to be biased and dishonest. The Guardian invokes that right repeatedly – and, thereby, lets down its readers.

This article was originally published at the American Council on Science and Health (ACSH) and has been republished here with permission. Follow ACSH on Twitter @ACSHorg