Dissatisfied with the United States’ wasteful and planet-degrading food system, San Franciscan food activists Jessica Prentice and Sage Van Wing …. challenged everyone they knew [in 2005] to eat nothing but locally grown food for a month ….

Ever since, “eat local” has become a widely-accepted mantra for people seeking to reduce their carbon footprint. It’s even recommended by large institutional bodies, including the United Nations.

A recent set of analyses led by Hannah Ritchie, a data scientist from Oxford University, concludes that eating local can be misguided advice. “Many have the misconception that eating locally-produced food is one of the most effective ways to cut their carbon footprint,” writes Ritchie in an email. “But most of us underestimate the emissions involved in the production stage of food.”

…. [K]nowing which products and food systems are most environmentally friendly is key, explains Ritchie. 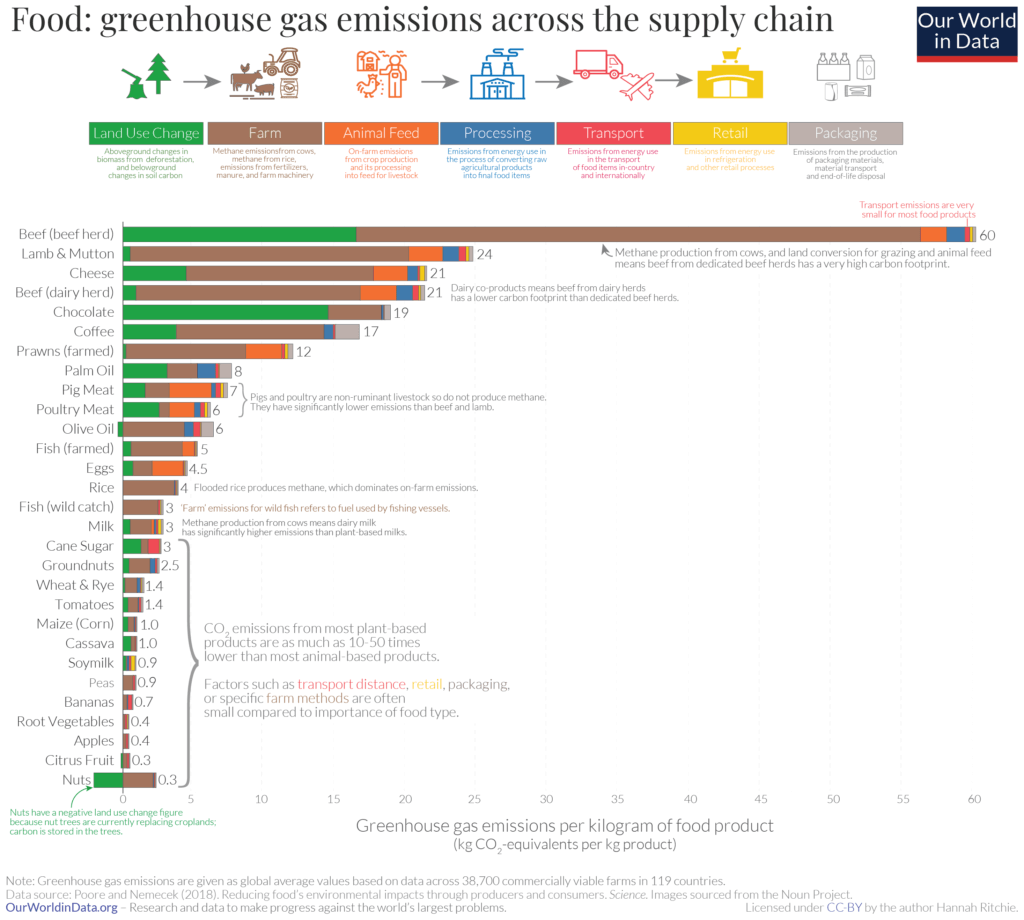 Her analyses are based on the most comprehensive meta-analysis of global food production to date, collecting data from 38,700 commercially viable farms in 119 countries. Her central finding is that, on average, transportation of food accounts for less than 10% of carbon emissions in the global food supply.