Infographic: Animal origins or lab leak? Tracing coronavirus back to the source

Since the pandemic began, the question of where the coronavirus came from has been one of the biggest puzzles. It almost certainly originated in bats, and a new study out this week — the most comprehensive analysis of coronaviruses in China — adds further weight to that theory.

But the lack of clarity around how the virus passed to people has meant that unsubstantiated theories — promoted by US President Donald Trump — that it escaped from a laboratory in China persist.

That the WIV, a laboratory highly regarded for its work on bat coronaviruses, is located in the city where the outbreak first emerged is probably just a coincidence. But the leading work its researchers are doing to unravel the original of the pandemic, as well as the unsubstantiated speculation about its possible role in the outbreak, has thrust it into the spotlight: several of the authors of the latest bat study work there.

An independent investigation at the facility is probably the only way to convincingly rule out the lab as a possible source of the outbreak, but scientists think such a probe is unlikely.

Finding a virus nearly identical to SARS-CoV-2 in an animal would provide the most persuasive evidence for how it passed to people. It would require extensive sampling of coronaviruses in wildlife and livestock in China, says Rob Grenfell… China has reportedly started such investigations, but little information on their status has been released. 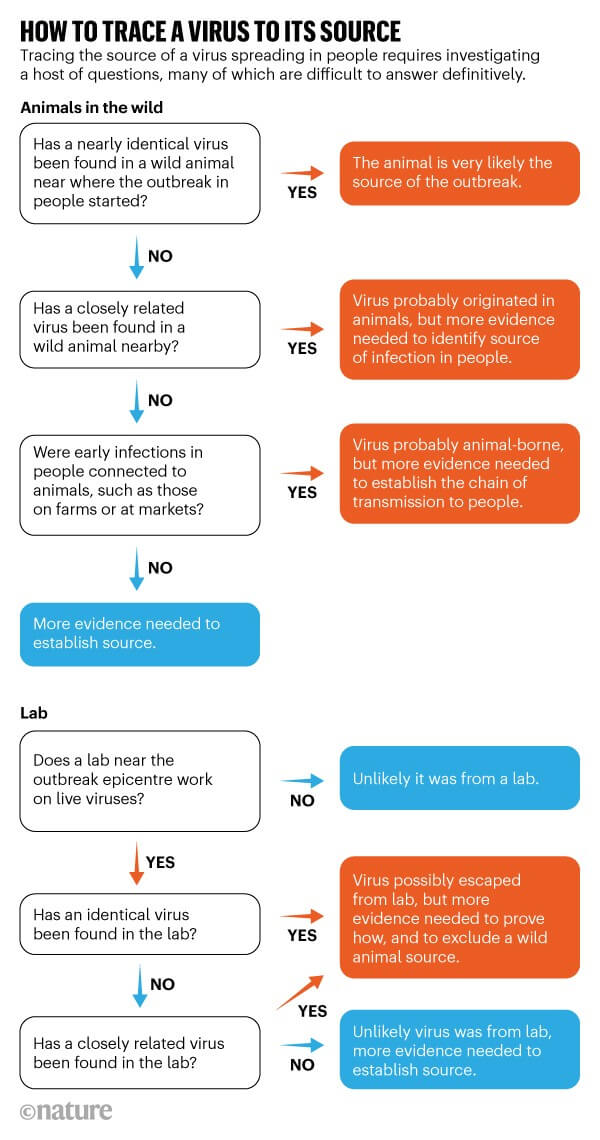