This article or excerpt is included in the GLP’s daily curated selection of ideologically diverse news, opinion and analysis of biotechnology innovation.
One of the primary arguments hurled at proponents of genetic engineering is that the crops, medicines and vaccines produced using GE technology are not natural and therefore inherently dangerous. Genetic engineering, they claim, is tinkering with mother nature at the risk of unleashing possibly disastrous consequences. They conjure up fears of a runaway technology that breeds deadly Frankenfoods and uncontrollable diseases we are too stubborn to see coming.

Summarizing these dramatic concerns, Ronnie Cummins, founder and director of the Organic Consumers Association, warns of the bleak future that awaits us thanks to unregulated GE technology:

Genetic engineering allows global biotechnology companies to create and legally own new forms of plants and animals. These new GE products are unpredictable and could be a threat to humans, animals, and the environment. GE foods, for example, have been found to contain toxins, some of them deadly and others cancer-causing.

In addition, GE foods could harm people with allergies by exposing them to proteins spliced into common food products. And GE crops can offer less nutrition, lead to antibiotic resistance, and often contain as many or even more toxic pesticides than non-GE crops. GE crops also pose a threat to traditional and organic methods of farming. GE technology must be banned. 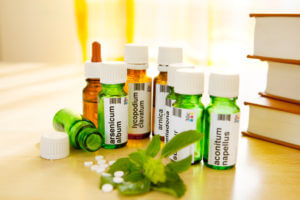 To prevent such horrific outcomes, many opponents of genetic engineering say, we should take a “naturalistic” approach to growing our food and treating serious diseases, a strategy that works in “harmony” with nature, not against it. This inevitably leads to a world in which we rely on organic farming to feed 7.8 billion people and treat serious illness with herbs, homeopathic remedies and even food and vitamins.

It’s a lovely idea except for one critical detail: nature is anything but benign. The world we evolved in is quite dangerous, filled with a variety of natural hazards that regularly threaten to kill humans by the thousands or millions. COVID-19 is just the latest example.

For this reason, man has had to conquer nature in order to survive. Had we not modified our environment to meet our needs, we would never have endured as a species.

The bubonic plague in the 14th century killed between 75 million and 200 million people. The Spanish influenza pandemic of 1918-1919 was responsible for the death at least 50 million people. HIV/AIDS has killed about 32 million people since the disease was identified. According to the CDC, the seasonal flu killed 61,000 people in 2017/2018.

But that’s not all. Among the many naturally toxic plants are foxglove, hydrangea, lily of the valley, monkshood, white baneberry, oleander, narcissus and chrysanthemum. Eating the roots and other parts of the elderberry tree (excluding the flowers) can cause severe stomach problems, and consuming rhubarb leaves can cause breathing troubles, seizures, kidney problems and even coma. There are many poisonous mushrooms, too. Consuming about half a death cap mushroom, for instance, can be deadly.

Perhaps nothing illustrates how destructive nature can be than the ongoing COVID-19 pandemic. Spread by a virus, SARS-COV-2, which is believed to have originated in bats in China, COVID-19 has killed hundreds of thousands of people globally and caused severe economic damage.

Against this tragic backdrop, natural product peddlers, who have long maintained that diseases from cancer to AIDS can be ‘cured’ using natural remedies, push equally dubious treatments for COVID-19. Most aggressive among them is Joe Mercola, an osteopath and vocal critic of GMOs and vaccines. In a recent article for the Organic Consumers Association, he argued that vitamins C and D could be used to treat COVID-19. 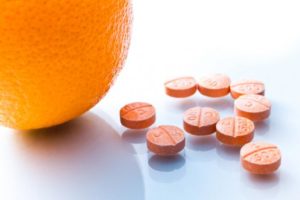 That’s a hopelessly ineffective treatment, say mainstream scientists. Dr. William Schaffner, the medical director for the National Foundation for Infectious Disease and a professor at Vanderbilt University School of Medicine said he wished Vitamin C and D were treatments for COVID-19, but “there’s no evidence to support either of those vitamins being an preventive or treatment in any dose ….”

Despite what the proponents of alternative medicine believe, there is no natural cure for COVID-19. According to the National Center for Complementary and Integrative Medicine, a division of the US Department of Health and Human Services established to evaluate alternative medical claims:

The media has reported that some people are seeking alternative remedies to prevent or to treat COVID-19. Some of these purported remedies include herbal therapies, teas, essential oils, tinctures, and silver products such as colloidal silver. There is no scientific evidence that any of these alternative remedies can prevent or cure COVID-19. In fact, some of them may not be safe to consume. It’s important to understand that although many herbal or dietary supplements (and some prescription drugs) come from natural sources, natural does not always mean that it’s a safer or better option for your health.

By labeling genetic engineering “unnatural,” critics are attempting to weaponize doubt and raise questions about the safety of the technology. Why take the risk if it might lead to unintended consequences?” they ask. Because the real danger lies in not using a technology that has already proved useful against other infectious diseases, and holds great potential against COVID-19.

GE vaccines have be used successfully to prevent infection by Hepatitis B, Rotavirus, Ebola and the Human Papillomavirus virus (HPV). Likewise, genetic engineering is the key to developing a vaccine to immunize people against COVID-19 and thus enable a return to normal life. As I noted in a recent story for the GLP:

The COVID-19 virus highlights just how vulnerable humankind is to the natural world, which periodically produces pandemics such as the Spanish flu, the Bubonic plague, Polio and Asian flu that have the ability to kill many millions of people. Despite the inevitable challenges and trade-offs we face, the new tools of genetic engineering offer us the best chance of controlling, and possibly eliminating, the outbreak of future pandemics.

Genetic engineering is not to be feared because it is “unnatural.” Its supposed dangers, whether applied to food or medicine, have not been borne out. The technology has not created Frankenfoods or Frankenanimals, and it has yet to unleash some unanticipated disease on the world. As always, nature remains a threat and technology our best chance at neutralizing it.