This article or excerpt is included in the GLP’s daily curated selection of ideologically diverse news, opinion and analysis of biotechnology innovation.
Is there now a way to genetically engineer crops to create food that people can confidently consider natural?

Gene-editing technology sounds like it might offer this possibility. By altering an organism’s genetic material, or genome, without introducing genes from other species, advocates of genome editing argue the technique can sidestep most of the difficult ethical and regulatory challenges plaguing organisms with added “transgenes,” which are genes from other species. Some even argue these “cisgenic” products are natural enough to count as organic.

As ethicists specializing in how technology alters human-nature relations, we can understand why advocates see the ethics this way. If “crossing species lines” is the measure of whether a technique counts as “natural” or not, then genome editing appears to have the potential to pass a naturalness test.

Genome editing, its boosters say, can make changes that look almost evolutionary. Arguably, these changes could have happened by themselves through the natural course of events, if anyone had the patience to wait for them. Conventional breeding for potatoes resistant to late blight is theoretically possible, for example, but it would take a lot of time.

Although we understand the potential advantages of speed, we don’t think an ethics hinging on the idea of “cisgenesis” is adequate. We propose a better ethical lens to use in its place.

Our work is part of a four-year project funded by the Norwegian Research Council scrutinizing how gene editing could change how we think about food. The work brings together researchers from universities and scientific institutes in Norway, the U.K. and the U.S. to compare a range of techniques for producing useful new crops. 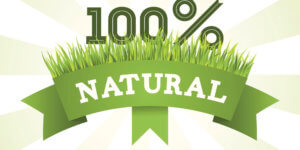 Our project is not focused on the safety of the crops under development, something that obviously requires concerted scientific investigation of its own. Although the safety of humans and the health of the environment is ethically crucial when developing new foods, other ethical issues must also be considered.

Although we believe gene editing may have promise for addressing the agricultural challenges caused by rising global populations, climate change and the overuse of chemical pesticides, we don’t think an ethical analysis based entirely on “crossing species lines” and “naturalness” is adequate.

It is already clear that arguing gene-edited food is ethical based on species lines has not satisfied all of gene editing’s critics. As Ricarda Steinbrecher, a molecular biologist cautious about gene editing, has said, “Whether or not the DNA sequences come from closely related species is irrelevant, the process of genetic engineering is the same, involving the same risks and unpredictabilities, as with transgenesis.”

Comments of this kind suggest talking about species lines is an unreliable guide. Species and subspecies boundaries are notoriously infirm. Charles Darwin himself conceded in “Origin of Species,” “I look at the term species, as one arbitrarily given for the sake of convenience to a set of individuals closely resembling each other.”

The 2005 edition of the Mammal Species of the World demonstrated this arbitrariness by collapsing all 12 subspecies of American cougars down to one Puma concolor cougar overnight. In 2017, the Cat Classification Task Force revised the Felidae family again.

If species lines are not clear, claiming “naturalness” based on not crossing species lines is, in our view, a shaky guide. The lack of clarity matters because a premature ethical green light could mean a premature regulatory green light, with broad implications for both agricultural producers and consumers.

We think a more reliable ethical measure is to ask about how a technique for crop breeding interferes with the integrity of the organism being altered.

A unifying theme in all these domains is that integrity points toward some kind of functional wholeness of an organism, a cell, a genome or an ecological system. The idea of maintaining integrity tracks a central intuition about being cautious before interfering too much with living systems and their components.

The integrity lens makes it clear why the ethics of gene editing may not be radically different from the ethics of genetic modification using transgenes. The cell wall is still penetrated by the gene-editing components. The genome of the organism is cut at a site chosen by the scientist, and a repair is initiated which (it is hoped) will result in a desired change to the organism. When it comes to the techniques involved with gene editing a crop or other food for a desired trait, integrity is compromised at several levels and none has anything to do with crossing species lines. The integrity lens makes it clear the ethics is not resolved by debating naturalness or species boundaries.

Negotiation of each other’s integrity is a necessary part of human-to-human relations. Adopted as an ethical practice in the field of biotechnology, it might provide a better guide in attempts to accommodate different ethical, ecological and cultural priorities in policymaking. An ethic with a central place for discussion of integrity promises a framework that is both more flexible and discerning.

As new breeding techniques create new ethical debates over food, we think the ethical toolbox needs updating. Talking about crossing species lines simply isn’t enough. If Darwin had known about gene editing, we think he would have agreed.

Christopher J. Preston is a Professor of Philosophy at the The University of Montana. Dr. Preston’s areas of interest include: Environmental Ethics in the Anthropocene, Feminist Epistemology, and the ethics of emerging technologies. Find Christopher on Twitter @SyntheticAge