This article or excerpt is included in the GLP’s daily curated selection of ideologically diverse news, opinion and analysis of biotechnology innovation.
COVID vaccine hesitancy is on the rise, perhaps in the wake of pressure to speed approval beyond scientific reason. But I think some of the hesitancy might be due to confusion over how so many different vaccines can target the same pathogen – and why this is a good idea.

The ultimate voice of scientific reason, Anthony Fauci said in a media webinar:

“I’m cautiously optimistic that with the multiple candidates with different platforms that we’re going to have a vaccine with a degree of efficacy that would make it deployable. The overwhelming majority of people make an immune response that clears the virus and recover. If the body can mount an immune response and clear the virus in natural infection, that’s a pretty good proof-of-concept that you’ll have an immune response against a vaccine.”

Having choices would provide options for people not covered by some of the vaccines, like those over age 65 and people with certain medical conditions. “It’s a misperception that vaccine development is a race to be a winner. I hope more than one is successful, with equitable distribution,” Fauci said.

The vaccines work in what can seem to be mysterious ways, but all present a pathogen in some form, or its parts, to alert the immune system to mount a response. Understanding how it all happens isn’t like learning “how the sausage gets made.” Knowledge may quell fears.

What’s genetics got to do with it?

The public has had a crash course in biology these past six months. While grasping the basics of epidemiology relies on common sense and logic – masks minimize spread of virus-laden aerosols and droplets – the immunology and genetics behind vaccine action may be less familiar.

A gene is a sequence of DNA building blocks that encodes a protein, via an intermediate molecule, messenger RNA (mRNA). So important is this trajectory that geneticists have called it “the central dogma” since Francis Crick’s team deciphered the details in 1961. 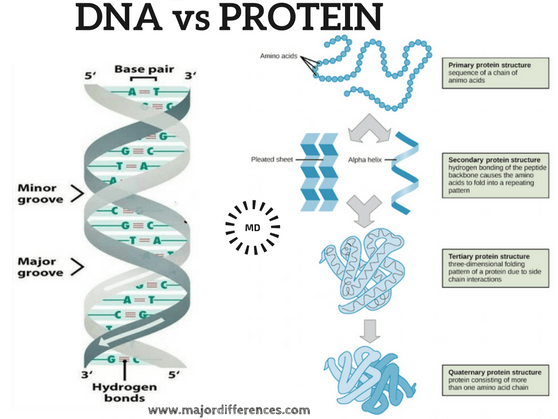 Today, understanding the flow of genetic information guides vaccine invention. All present a pathogen or a part of one to the immune system – but they do so differently.


Related article:  Podcast: From Jurassic Park to woolly mammoths - is it right to bring back extinct species?
Like identifying a criminal from a distinguishing facial feature, the immune system – a mobile army of white blood cells – zooms in on surface features, or antigens, of a virus. For the coronaviruses, the most pursued antigens are the triplets of spike proteins that festoon their surfaces like a crown (“Covid 19 Vaccine Will Close in on the Spikes” from DNA Science back at the beginning of the pandemic.) And that’s where the central dogma comes in. Vaccines can deliver spike protein, the DNA sequence that tells the human cell to make the corresponding mRNA, or the mRNA sequence directly, unleashing the instructions for cell parts to come together and build the protein.
ADVERTISEMENT
ADVERTISEMENT

The global effort to develop a COVID-19 vaccine is unprecedented. ClinicalTrials.gov lists more than 225 entries, but half aren’t really vaccines or are revamped old ones. The WHO maintains a list and STAT News’s Covid-19 Drugs & Vaccine Tracker is also excellent. Health and Human Services offers a vaccine primer here, and the Coalition for Epidemic Preparedness Innovations (CEPI) website describes vaccine candidates.

The vaccine roster includes traditional strategies like entire disabled viruses that fool the immune system and molecular approaches that instruct it. Proteins, DNA, or RNA can’t cause infection and fit into platforms developed in recent years to treat other emerging infectious diseases. And DNA or RNA sequences can be tweaked – “optimized” – to elicit specific responses.

The candidate COVID vaccines can be grouped in various ways, lumping molecular techniques or defining them more granularly. I prefer five categories:

Here’s how they work, roughly organized by decreasing size. Each category includes multiple candidate vaccines – I quickly gave up trying to mention all the companies.

Various techniques tame the virus for use as a vaccine, rendering it “inactivated” – a virus isn’t considered alive, so it can’t be killed.

One inactivated vaccine, from Chinese company Sinovac working with Indonesian company PT Bio Farma, is whole virus inactivated with formalin, a fixative consisting of formaldehyde in water. It’s given with a generalized immune booster, or adjuvant. The Sinovac adjuvant is alum, otherwise used to pickle, bake, tan leather, fireproof, and it’s in aftershave. The vaccine is called CoronaVac, which sounds to me like a vacuum cleaner. Adjuvants are common vaccine components.

A related approach is a “virus-like-particle,” which resembles a virus on the outside but is empty of genetic material, a little like a hollow Tootsie roll. 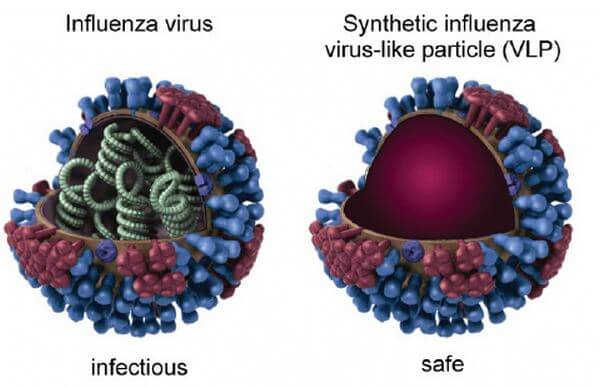 Live vaccines are being developed in India. The genetic material of these viruses is modified to impair ability to infect.

In math a vector is an arrow; in infectious disease, it delivers a pathogen, like a mosquito. Viruses are used in gene therapy to deliver genes. That approach is harnessed in vaccinology to deliver a pathogen’s gene, such as the SARS-CoV-2 gene that encodes the spike protein.

The most-publicized variation-on-the-theme is ChAdOx1, from the University of Oxford and AstraZeneca. It retools a chimpanzee adenovirus, chosen in the hopes that people wouldn’t already be immune to it, which could spike a reaction. The Russian vaccine also uses adenovirus.

Adenovirus vectors can’t replicate, but a few clinical trials are testing viruses that can reproduce, including influenza viruses, measles, and horsepox.

A vectored vaccine that delivers instructions for more than the spike might induce broader immunity, like deploying multiple weapons against an enemy. A “synthetic mini-gene” from Shenzhen Geno-Immune Medical Institute in China, for example, harnesses disabled HIV to deliver instructions for the five major SARS-CoV-2 proteins.

A vaccine that consists of a pathogen’s protein or part of it (a peptide), typically one from its surface like the spike, is called a subunit vaccine. Many subunit vaccines use recombinant DNA technology to mass-produce the protein in cells, like human insulin made in bacteria, rather than extracting it from viruses.

A DNA-based vaccine must enter the nucleus of a cell when it’s dividing – the only time when the nuclear membrane falls away. These vaccines are engineered using bioinformatics to analyze and compare the thousands of published SARS-CoV-2 genomes.

The contenders for DNA vaccines differ by how they penetrate cells. Like the recombinant DNA technology from the 1970s that underlies protein-based COVID vaccines, the DNA-based ones also use 1970s strategies, blasting DNA into cells with electricity (electroporation) and/or aboard a naturally-occurring DNA loop called a plasmid. Inovio’s plasmid “DNA medicine” vaccine, for example, is a bit of spike DNA shot into skin or muscle cells using a proprietary hand-held smart device.

Moderna Therapeutics’ “mRNA-1273” is a synthetic snippet corresponding to part of spike mRNA. The mRNA is tucked into fatty nanoparticles that resemble cell membranes, so the bubbles can enter like Trojan horses. The human cells then translate the mRNA into spikes, like they would mRNA exiting their own nuclei. What’s more, the mRNA is engineered to favor the part of the immune response that attacks viruses while quelling inflammation, and is more stable than its natural counterpart.

Although no RNA-based vaccine is yet on the market, Moderna has been working with the NIH on developing RNA vaccines to prevent other viral diseases (MERS, Zika, respiratory syncytial virus, Epstein-Barr, and H7N9 influenza). It was easy to pivot to a new pathogen within days of publication of the first SARS-CoV-2 genome from Wuhan on January 11. Another oft-mentioned mRNA-based vaccine is from BioNTech and Pfizer.

Vaccines based on mRNA offer some advantages:

Theoretically, an mRNA vaccine is safe. It can’t enter the nucleus and tweak gene expression. It leaves the bloodstream in a few hours, and it can’t infect. But the phase 3 trials are crucial, because so many people have never taken such a vaccine before. Four of the 45 people in Moderna’s phase 1 safety trial had a whole-body reaction, three after receiving the highest dose.

Why take a vaccine?

I just received an email rejecting my application to take part in the Moderna clinical trial – more than 400,000 people applied. I suspect my living in a small town where social distancing preceded 2020 made me a less-than-ideal candidate.

Looking ahead, deciding whether or not to take a vaccine is a personal choice that, collectively and ultimately, affects a population. Natural infection – even if it spreads like wildfire as the unmasked continue to flout public health recommendations – won’t be enough to establish herd immunity, especially if the antibody response is transient and reinfection possible.

We need something more than what nature, time, thoughts, and prayers can provide. I hope this short guide informs choices, when the time comes, to get a COVID-19 vaccine.

Ricki Lewis has a PhD in genetics and is a genetics counselor, science writer and author of Human Genetics: The Basics. Follow her at her website or Twitter @rickilewis

A shorter version of this article was originally posted at PLOS Blogs and has been reposted here with permission. PLOS can be found on Twitter @PLOS