This article or excerpt is included in the GLP’s daily curated selection of ideologically diverse news, opinion and analysis of biotechnology innovation.
A recent open-heart surgery put my mind, as it might, on themes relating to mortality. Which got me thinking about a quick, little Twitter thread from the end of last year. Science writer Jenny Splitter asked a question for a piece she was writing for Forbes.

[Editor’s note: This is part one of a two-part series. Read part two here: ‘Rethinking Monsanto’: Ex-GMO skeptic explains what he got wrong about Big Ag and the pitfalls of plant breeding]

I’m working on a story about the last decade in GMOs. Tell me something you got wrong. What did you learn? Did you change your mind about anything?

I took it seriously but being Twitter and all, my answer was rushed. While I contemplated my own mortality a bit more than usual, it seemed fitting to do a gut check and revisit the thread. Did my response hold up? Was I being as honest as I could be?

I have to say, at the time, much of the response on Twitter was disappointing. It nearly all amounted to a version of “I underestimated how stupid and evil the people I disagree with would turn out to be.” But it left me scratching my head. What HAVE I changed my mind about? I pride myself on maintaining my own persuadability. Had I stayed persuadable after becoming a biotech advocate?

From 2010 to 2013, I went through a slow-motion conversion from anti-GMO to pro-GMO as I was exposed to better evidence and analysis. At the beginning of this period, I was anti-GMO in the “they are ‘safe’ but I have issues with monoculture, pesticides, patents, too much corn, Big Agribusiness”—a “technophilic hubris” version of anti-GMO. None of that held up to scrutiny regarding GMOs. Of those issues that have stuck with me, though in different formulations than I had in 2009, none of them is tied to genetic engineering, simply adjacent in some cases.

One tends to take on the zeal of the newly converted, then hopefully mellows a bit and settles in to a more nuanced point of view, learning some intermediate and advanced lessons along the way.

Post-pro-GMO conversion, what have I changed my mind about? I ended up identifying five areas where I changed my mind. Sadly, four of the five represent a sort of loss of innocence as my understanding of the issues deepened and stark trade-offs came into sharper relief, or the facts on the ground inspired new cynicism about Monsanto (now owned by Bayer), the company at the center of the GMO controversies of the last two decades. In another case, I found myself pivoting about how best to advocate for the benefits of biotech in agriculture and landed in a far less defensive crouch.

These are opinions that are not widely held among people who follow the issues around biotech in agriculture. My viewpoint developed from taking my cues from specialists on each given topic. I hope by giving them a wider hearing I can contribute to a stronger, more productive conversation on some of the nuanced but important directions the technology is taking.

A common objection to GMOs in my old circles relates to the patenting of seeds—of life. It seemed to me that open-source breeding was a way around that. And it is. Even as I got over my objections to patenting seeds, which has been going on since the 1930s and impacts conventional, GMO and organic seeds, I remained enthusiastic about the potential for open-source breeding, especially in the developing world. 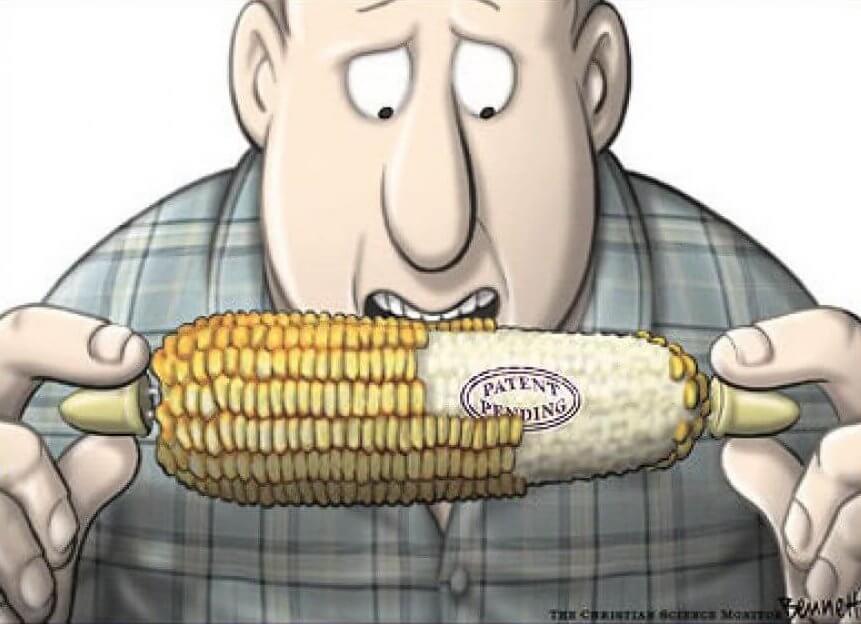 I am still enthusiastic about open-source biotech breeding, but have come to see it as much harder to achieve than I originally realized. The mechanics are trickier once you start pulling on the yarn. Virginia Quarterly Review did an article back in 2014 that detailed the struggles of the Open Source Seed Initiative (OSSI) to come up with a stable system for releasing open-source seeds.

Even with a fleet of lawyers, chances are OSSI could never outsmart the intellectual-property system: Normally patents and licenses need to last for only one generation of plants; they say the seed can’t be planted back, and that’s that. But open source was supposed to allow the material to proliferate, which means OSSI would need to make sure that its license accompanied every new generation of plant—an exponentially expanding demand. Enforcing that viral replication would be nearly impossible. Without it, the seed would go right back to the unprotected commons, where anyone could claim it and patent it. The fluid nature of seeds, their natural impulse to regenerate, is both the impetus for the open-source concept and its legal undoing.

The problem is that copyright and patents don’t work the same way, and open-source software is engaging with the copyright system, not the patent system.

With software and copyright, once you write novel code, you own the copyright and can then designate the license to use the code. With software, for-profit companies don’t sell you software that you can own; they sell the license that stipulates how you can use the software  they still own. The open-source software movement was able to leverage this intellectual property (IP) arrangement because the original author(s) immediately owned the copyright and could then designate an open-source license for the use of the software by others. What’s more, the license is easily included within the code. 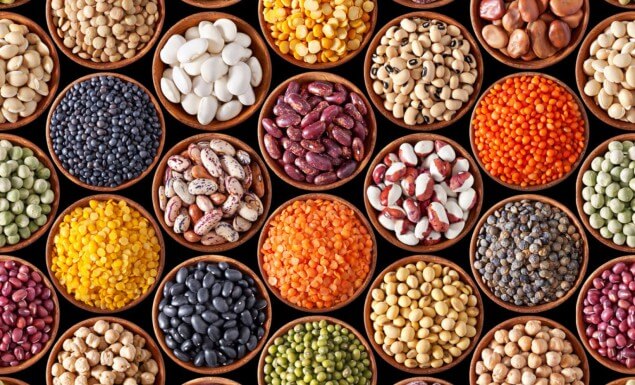 Still, the OSSI has 480 seeds available, although no biotech seeds. A more promising related front for democratically minded, egalitarian-oriented breeders is moving patents into the public domain, some of which happens through attrition as patents expire, and some through NGOs that put their IP into the public domain as a matter of course.

Herbicide tolerance (Ht/Roundup Ready) and insect resistance (Bt) have been the two categories of traits that have dominated biotech breeding since the inception of commercial biotech crops in the mid-1990s. Biofortified crops that can affordably deliver nutrition that’s been lacking in low-income areas around the world are starting to come online.

The absolute game-changing trait would be increasing the efficiency of photosynthesis in non-C4 crops. C4 crops refer to plants like corn, sugarcane, sorghum (Sorghum bicolor), millets, and switchgrass used for biogas, all of which share a process of photosynthesis that is more efficient than other plants. These are all crops that generate prodigious amounts of biomass. [Roughly only 3% of flowering plant species use C4 carbon fixation, but they account for 23% of global primary production.] 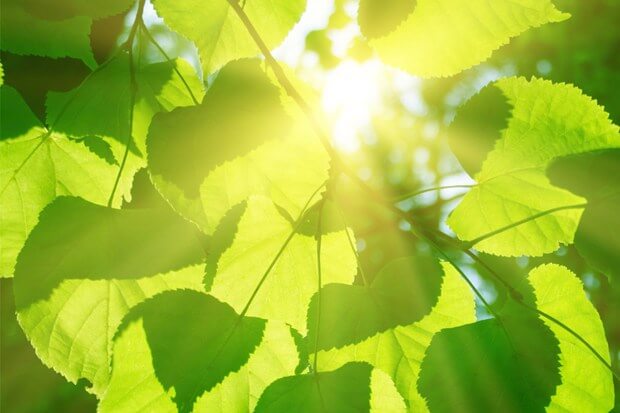 The major crop in the United States, corn, is a C4 crop but rice and wheat are not. It would be a big deal if they could be. Because rice is such an important staple crop in developing countries in Southeast Asia and elsewhere, there is a major effort to develop C4 rice.

Through R. Ford Denison’s ‘Darwinian Agriculture’, I’ve become much more skeptical about some of the moonshot projects—new C4 crops, nitrogen-fixing grains. He makes a good case that traits that would be useful in natural environments are going to be really, really hard to get to without serious trade-offs, or evolution would have engineered them by now.

Denison writes that C4 photosynthesis has evolved separately at least 31 times in nature, appearing “independently in branches of 18 different plant families, sometimes more than once per family.” The fact that this beneficial set of mutations has occurred so often suggests that is it is pretty simple for it to occur. The fact that it doesn’t seem to have occurred and ‘stuck around’ in rice or wheat suggests that the trade-offs in those crops are prohibitive in increasing fitness. Denison suggests that breeders have been unsuccessful so far in making serious headway over four decades in transferring C4 photosynthesis into non-C4 crops because nature has already tried and it just won’t work in those plants.

And that could be the case for any trait that would have conferred greater fitness in the wild. Effective drought-resistant crops have been a real challenge and are just now becoming commercially viable. But the process has been slow, painstaking, and the results are marginal improvements in drought-resistance. Only in just the past few years have they tipped up to the range of a 15% increase in yields and a 30% decrease in the risk of crop failure. A 30% decrease in crop failure is nothing to sneeze at, but it still means that the drought-tolerant crops succumbed to drought 70% as often as the non-drought-tolerant crops they replaced. A solid hedge against risk for farmers if the price of the crop is right, but not a game changer the way Bt and Roundup-Ready crops were.

Nitrogen-fixing grains are another moonshot crop where scientists, agronomists, and farmers I know are dubious that it can be done without a major hit to yield, as nitrogen fixation is energy intensive.

Better focus on traits that are useful in domestication, but not necessarily in the wild.