This article or excerpt is included in the GLP’s daily curated selection of ideologically diverse news, opinion and analysis of biotechnology innovation.
“Gene stacking”—the process of modifying several genes or traits instead of just one—has been around many years. “Golden Rice,” engineered to fight vitamin A deficiency, is the product of modifying multiple genes. Insect-resistant corn (and other such crops) with Bt Cry protein also come from stacking. The first “stacked” trait was a Monsanto-created cotton seed that resists the weedkiller glyphosate. In total, more than 60 million hectares (232,000 square miles) of stacked crops were planted in 2015. 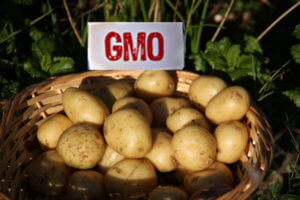 Not everyone is happy about these new developments. Almost immediately upon the USDA’s GAANTRY announcement, the European Union declared that GAANTRY products would not be permitted in member nations. In the EU, regulations don’t distinguish between transgenics and gene editing, and all submissions for approval must be made gene by individual gene. The EU rules effectively made approval processes so restrictive that no submissions have been approved (and many manufacturers aren’t trying). US rules do distinguish between transgenics and editing, and allow reviews on stacked traits as one submission.

Few anti-GM activist groups have specifically come out against GAANTRY and other gene-editing stacking methods, but they have traditionally opposed stacking on the basis that it remains a genetic modification technique. One organization has opposed stacking by gene editing specifically. In a January 2020 paper, Swiss-based anti-GMO group Test Biotech, GeneWatch UK and the European Network of Scientists for Social and Environmental Responsibility, acknowledged that editing for complex and multiple traits was easier with CRISPR and other editing techniques but could still lead to undesirable “interactions”:

Whilst several sites in the genome can be targeted at once, these are edited outside the context of their genetic and epigenetic regulation.

A well-known example is the SmartStax corn, which produces six insecticides and has been made resistant to two herbicides. Interactions can occur in such plants, which for example intensifies the effect of insect venom. The EU directives require that accumulated effects are taken into account in the risk assessment, but this has not yet been implemented by EFSA.

This methodology creates more massive crop performance changes than early single-trait gene-editing tools, or those like CRISPR which modify existing DNA within a plant ….What, then, are the sequences from “outside” and how will they impact the final crop’s health profile when consumed?

Also, there’s no information in the paper regarding the target crop’s genes which are deleted or shifted out of sequence. All such transmutations can influence the metabolic and immune response of animals or people who consume the “substantially equivalent” crop.

It’s the scientist’s job to find better means to better, more nourishing crops. In this case, ARS/USDA researchers are offering what could be a productive tool to crop breeders. But now — the primary issue is, will EPA, FDA and others guarding the gateways do a equally thorough, long-term job of safety testing? 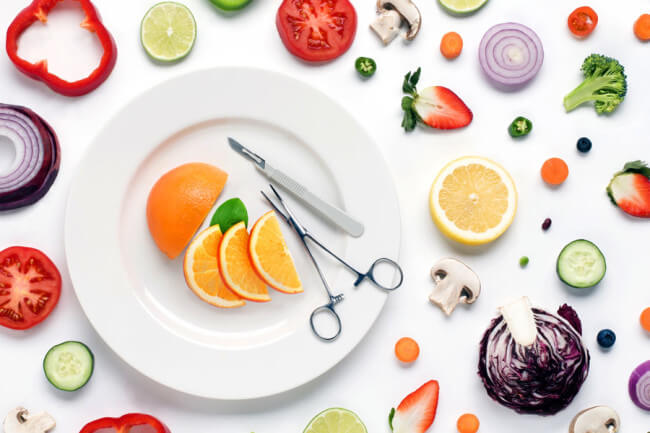 Techniques like CRISPR-Cas9 (or Cas13), TALENS and ZFN have the precision to effectively stack traits, and introduce a wider variety of crops that extend beyond resisting herbicides or one specific disease. In addition, gene editing poses a lower risk of unintentionally altering a genome than “traditional” transgenic techniques. This is because, as the Chinese Academy of Sciences wrote in 2018, “most edits alter only a few nucleotides, producing changes that are not unlike those found throughout naturally occurring populations. Once the genomic-editing agents have segregated out, there is no way to distinguish between a ‘naturally occurring’ mutation and a gene edit.” And, as with any other new crop, field testing would ultimately determine success or failure.

But the opposition to GM and gene-edited traits continues to be a significant barrier, mainly because of the government regulatory picture created by this opposition. As Caixia Gao’s Chinese Academy of Sciences team wrote:

Despite the promise that GM crops hold for global food security, their use is affected by largely unsubstantiated health and environmental safety concerns. Government regulatory networks that aim to safeguard human and environmental biosafety have led to significant cost barriers to the rapid widespread adoption of new GM traits.

These barriers constitute about 10 years and $100 million to get approval for and commercialize a GM crop. While opposition to CRISPR-stacked traits has not reached the level of fervor of anti-transgenics (single or stacked traits), existing objections appear to follow the same path. Governments, however, do not have to.

Andrew Porterfield is a contributing correspondent for the Genetic Literacy Project. He is a writer and editor, and has worked with numerous academic institutions, companies and non-profits in the life sciences. BIO. Follow him on Twitter @AMPorterfield