Are Trump and Biden showing early signs of dementia? It’s time to look beyond arm-chair psychiatry and politics to science

This article or excerpt is included in the GLP’s daily curated selection of ideologically diverse news, opinion and analysis of biotechnology innovation.
In 2020, while the United States was locked in one of the most polarizing presidential elections and post-election period in its history, misinformation was rife. Nowhere was this polarisation more evident than the riots that led to political protesters breaching the Capitol building demanding an overturn of the results.

In the aftermath of the riots, allegations were made against President Donald Trump for inciting the violent protests. Many Republicans expressed their belief that the President’s mental state has deteriorated with some citing it as their reason for resignation in the aftermath of the riots. The Democrats have been making similar claims since Trump first began campaigning for the presidency in 2015, citing his highly controversial decisions and rambling discourse as evidence of clinical narcissism or the cognitive decline that marks dementia.

“Trump sparks fresh dementia concerns after he drinks small glass of water with two hands like a child – just days after he slurred his words during Jerusalem speech,” trumpeted a headline in the UK conservative tabloid Daily Mail in December 2017, one of many such call-outs. 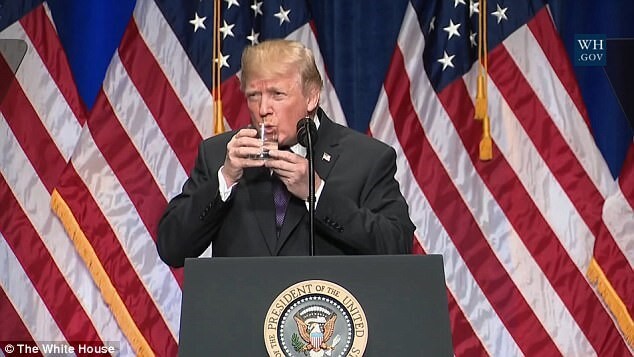 “If Donald Trump were your father, you would run, not walk, to a neurologist for an evaluation of his cognitive health,” wrote John Gartner, a psychologist and a former assistant professor at Johns Hopkins University School of Medicine, in a scathing op-ed in USA Today in April, 2019.

Similar accusations of diminished mental capacity have been directed at President Joe Biden during the campaign. Critics of Biden cite the fact that he stumbles his words, appears uncomfortable with his speech and often fails to return to the original point of a story as evidence of the onset of dementia. Pro-Trump conservative columnists, such as Marc A. Thiessen, writing for the Washington Post, referred to Biden as a “gaffe machine,” and justifying his view in a scathing March 2020 article stating, “It’s fair to speculate whether Biden is mentally fit to be president.”

Sadly, both of these examples share a common and dangerous theme: exploiting misinformation about a complex health issue for political point scoring. The truth is, without a thorough medical examination it is difficult to justify such claims placed on either political figure. The slew of octogenerians who ran for president during the most recent cycle, and the fact that so many top Democrat and Republican leaders are edging towards 90, has prompted man calls to require some form of evaluation of the cognitive state of presidential candidates.

“We should probably assume that a significant proportion of political leaders over the age of 65 have impairment of executive function,” concluded a prescient 2014 paper on brain aging in Politics and the Life Sciences.

That said, labelling a political or business opponent as “crazy” or “demented” has become a rather cheap tactic for discrediting someone you disagree with.

Nuanced view of aging and decline

There is a much bigger issue in play here. We live in an age where many feel that the art of debate is dying as people become increasingly intolerable of opinions other than their own. People would rather discredit someone personally—the debate style known as argumentum ad hominem—than engage them, and questioning their cognitive capabilities has become disturbingly common tactic.

Dementia is, however, an extremely complex and nuanced health issue. Dementia itself is not classified as a disease but more a symptom of one of many diseases (e.g. Alzheimer’s, Parkinson’s or Motor Neurone Disease). In simple terms, we can classify dementia as a loss of cognitive functioning. But it is very much a case of the more we learn about it, the more we notice the huge gaps in our knowledge base.

Although there are some mental declines as we age, not all of our faculties automatically decline, and some actually improve. Elizabeth Zelinski, a professor of gerontology and psychology at the University of Southern California, said some older people are generally better at some things than younger people, in particular ‘divergent thinking’, the ability to approach problems in creative or unexpected ways.

But when it comes to some of the mental skills most important to leadership qualities embodied in the presidency—memory, attention span, and “executive function,” which means collating information to make decisions—older people tend to be worse than when they were younger. “These abilities, when they are measured in isolation, decline with age,” Zelinski said in an interview with Vice, a process which generally begins after age 60.

Until the late 19th century, dementia was a common diagnosis for the mentally incapacitated as well for rebels to consigned to the brutal asylums that existed for many centuries, into the 1960s and 1970s. It is a prime example of what can happen when the wrong scientific information is not challenged and widely circulated and accepted.

Related article:  Onto the grill: But are consumers ready to embrace—and eat—lab-grown meat? 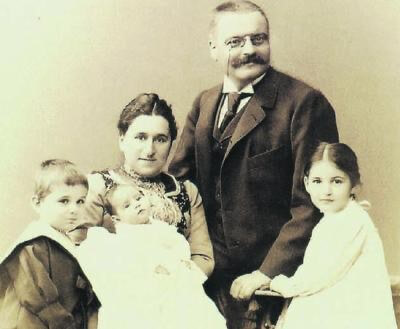 His findings would, however, go on to spark an entire field of dementia research. Despite this, there is still a lot of misunderstanding around dementia and a lot of false information and misconceptions still circulate, and they can be damaging on many levels.

There are more than 400 different types of dementia, each categorized by a specific set of mental, physical and biological “markers”. Two patients can be clinically diagnosed as suffering with dementia, yet their symptoms can be so drastically different, it is hard to believe that they share the same clinical diagnosis.

One could be sat in a room with an 85-year old patient who suffers severe memory loss, confusion and hallucinations and a 45-year old battling with impaired speech and rash, violent decisions. Both suffer dementia but the elderly patient likely has Alzheimer’s disease while the younger individual is likely battling Chronic Traumatic Encephalopathy.

The people who suffer from any one of these diseases find themselves in a place of severe vulnerability. Dementia destroys many of our most basic functions leaving us open to damage from numerous angles. It is often only diagnosed when symptoms are severe and there is little that can be done to help the patient. The processes underlying the many forms of dementia often kick-start decades before any clinical diagnosis. 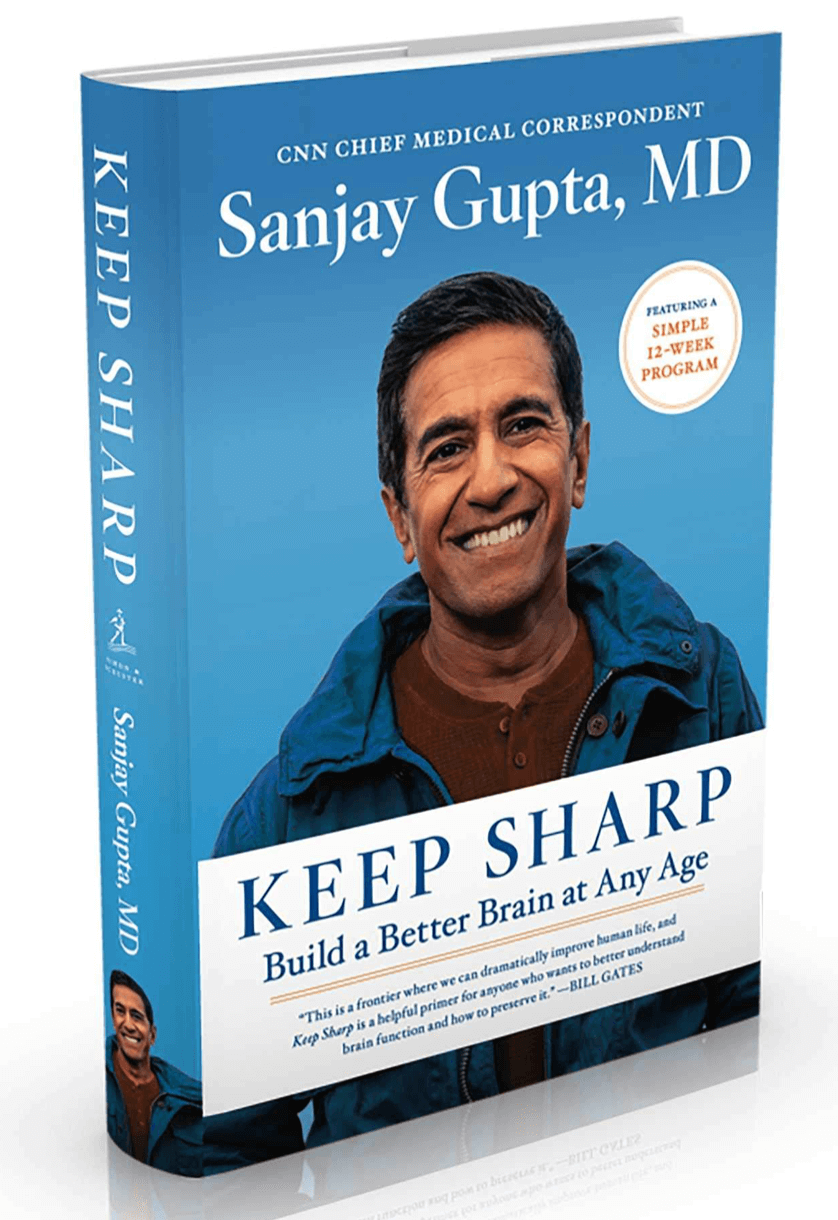 A just-published by CNN’s Sanjay Gupta, MD,, Keep Sharp, predicts that around 47 million Americans have signs of pre-clinical Alzheimer’s disease. They show no symptoms at present but, by 2060, one person is expected to be diagnosed with Alzheimer’s every 4 seconds. The amount of people afflicted with debilitating dementia is only going to go up in the coming decades.

Invoking dementia as a political tool to discredit politicians is a dangerous gambit. Take the Trump example; many who has labelled him as demented or psychotic and use the questioning of his mental capacity as an insult, to erode his perceived power. He may well be suffering with some form of dementia psychosis—his self-proclaimed passing of the Montreal Cognitive Exam last summer notwithstanding—but we should not be making those claims without the medical evidence to back them up.

Psychosis is a symptom of many forms of dementia and often involves symptoms like hallucinations and delusions. Patients who suffer these debilitating symptoms feel alienated from society, and often support and care. Seeing their conditions used as a tool to insult and humiliate an aging political figure is definitely not going to help those patients reconcile with their situation and adapt to it. We have moved on a great deal from the days of dementia patients with psychosis being committed to ‘insane asylums’, or schizophrenia being viewed as signs of demonic possession. The last thing we should do is regress by politicizing of dementia. It should not be a tool for point scoring.

it’s particularly inappropriate, and ironic, that Trump, facing accusations about creeping dementia, has made accusations about the mental state of the new President. He does not seem to realize the catastrophic affect this has on people who know that very personal struggle. Patients suffering from Alzheimer’s in particular are often unable to understand where they are. It can be truly terrifying; even being moved into a different room in their own home can cause severe distress.

It is worthwhile for public figures to openly engage mental health issues. The disease can be manifesting for many years before the symptoms are significant enough to be noticed. It surfaced in the American presidency with former president Ronald Reagan announcing that he had been diagnosed with Alzheimer’s disease in 1994. At the time he had been out of office for 5 years. But members of his family later admitted that early signs were suspected during his presidency, as early as 1984.

Joe Biden and Donald Trump are 78 and 74 years old respectively, vulnerable ages for dementia.  It is important they are open about their evolving cognitive abilities and the inevitably of mental decline in the aging process. This is the ultimate way to quash the manipulation of medical diagnoses of mental health for the sake of winning a debate. Dementia is not a political tool, and it never should be.