This article or excerpt is included in the GLP’s daily curated selection of ideologically diverse news, opinion and analysis of biotechnology innovation.
Once the UK left the EU, it would be free to invest in gene editing of crops and livestock to “feed the world”. That’s what the prime minister, Boris Johnson, told the House of Commons in 2019. And following the UK’s formal departure from the EU in January 2021, the government quickly launched a public consultation on the issue.

Yet media reporting might cause plant scientists to have unpleasant flashbacks to the 1990s, when genetically modified (or GM) crops were first being commercialised in Europe. Some of the language used to report on the consultation is eerily similar: the Daily Mail asks its readers whether “Frankenstein food” is about to hit UK plates. Two decades ago, GM crops were also labelled “Frankenfood”. 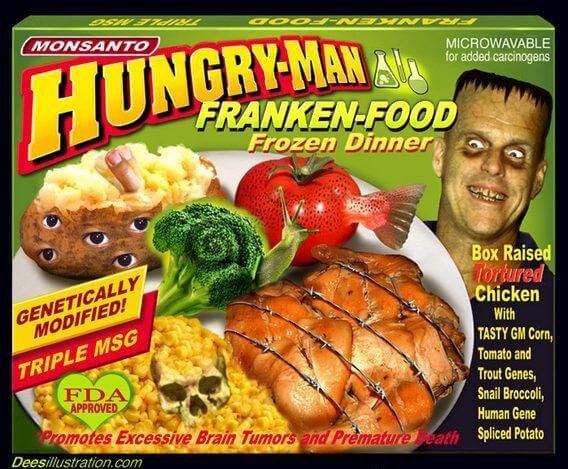 Whereas GM crops typically contain the DNA of two different species, gene editing is more precise and allows scientists to tweak the DNA of a single species by itself. Today, many plant scientists see a clear difference between first-generation genetic modifications and the “new plant breeding techniques” of gene editing. These include tools like CRISPR, which can be used like “genetic scissors” to make changes to a plant that mimic natural variation.

In the US and Canada, for example, a non-browning mushroom has found a quick path to market thanks to breeders’ ability to “knock-out” the gene that controls the browning enzyme, improving shelf-life and potentially minimising food waste.

Although this was done in a laboratory, natural processes at the genetic level – and in response to environmental conditions – turn genes “on and off” in a similar fashion. These tools have health applications, too. CRISPR is being used to treat cancer and has the potential for many more medical applications.

Because gene-edited plants can be indistinguishable from their conventional cousins – unlike GM crops – countries around the world are grappling with how they should be regulated. In the European Union, a landmark 2018 ruling by the Court of Justice said that new gene-edited crops should be governed by existing legislation that was developed in response to first-generation GM crops and said that if you breed something that could not occur in nature, it counts as genetically-modified.

However, this does not mean – as was widely reported – that gene-edited crops are automatically GM crops, which by definition could not occur in nature. The EU, like the UK, is now revisiting this issue through a consultation.

As recipients of European plant science funding, we have seen that scientists and the public often talk past one another on the issue of biotechnology. Scientists, for their part, tend to view it in terms of risk (or lack thereof) and invoke humanity’s long history of modifying plants for our own purposes. But we need to move beyond this framework and instead take account of the questions and concerns that the general public has about who benefits from this technology, who owns it and what impacts it will have.

First-generation genetic modification tended to focus on farm productivity. Protecting crops from pests was the top priority. Gene-edited crops could contribute to a wider variety of sustainability and health goals in future though, such as by improving nutrition or using resources more efficiently. In fact, a whole raft of technologies could be about to revolutionise the way we make food.

However, as we learned with GM crops, technologies are most effective when the wider public and key stakeholders, such as farmers, are actively included in their development.

There is greater and greater recognition among researchers and policymakers of the need to ensure that new technology meets the needs, expectations and values of the public. We have seen that the involvement of patients can make new health technologies more relevant and effective. Already, there is more talk of “democratising” new genomic tools like CRISPR.

So although plant scientists will hope to avoid repeating the same debates about biotechnology that they had two decades ago, there is still opportunity to gain public trust in these technologies through active and open dialogue. We must ask ourselves whether the gene editing consultation goes far enough to gain that trust, particularly for those that see this as Frankenstein-like technology.

Jonathan Menary is a Senior Research Associate at Lancaster Environment Centre (LEC) at Lancaster University. His research focuses on innovation in food and farming systems and, in particular, plant breeding and biotechnology. Find Jonathan on Twitter @Jonathan_Menary

Sebastian Fuller is the Social Science Lead for ADREU and Postdoctoral Research Fellow at St George’s University of London. Sebastian’s research interests are focused on the use of mixed methods to investigate the social impacts of new technologies on healthcare systems. Find Sebastian on Twitter @seb_fuller