Vasectomies are becoming a political statement

This article or excerpt is included in the GLP’s daily curated selection of ideologically diverse news, opinion and analysis of biotechnology innovation.
The fate of male reproductive organs is not a traditional concern in debates about the environment. But this is the most significant change Australian surgeon Dr Nick Demediuk, aka “Dr Snip,” has seen in the past decade.

“There is the rise of the hardline vegan brigade. They just get it done.”

Dr Demediuk says he performs a greater proportion of vasectomies upon younger people in their 20s and 30s who are concerned about overpopulation. They have no desire to ever have children for ideological reasons.

Research group Chef’s Pencil found Australia was the second most popular place in the world for vegans in 2020, beaten only by Britain. They also found skyrocketing interest over the last five years, accelerated even further since coronavirus.

This trend is compounded by the fact that most forms of contraception such as condoms or hormonal altering pills either contain animal derived products or have been tested on animals. While condoms do exist in a natural latex form lacking the offending dairy derivative, available for delivery from Amazon, the vasectomy is becoming an increasingly attractive alternative. 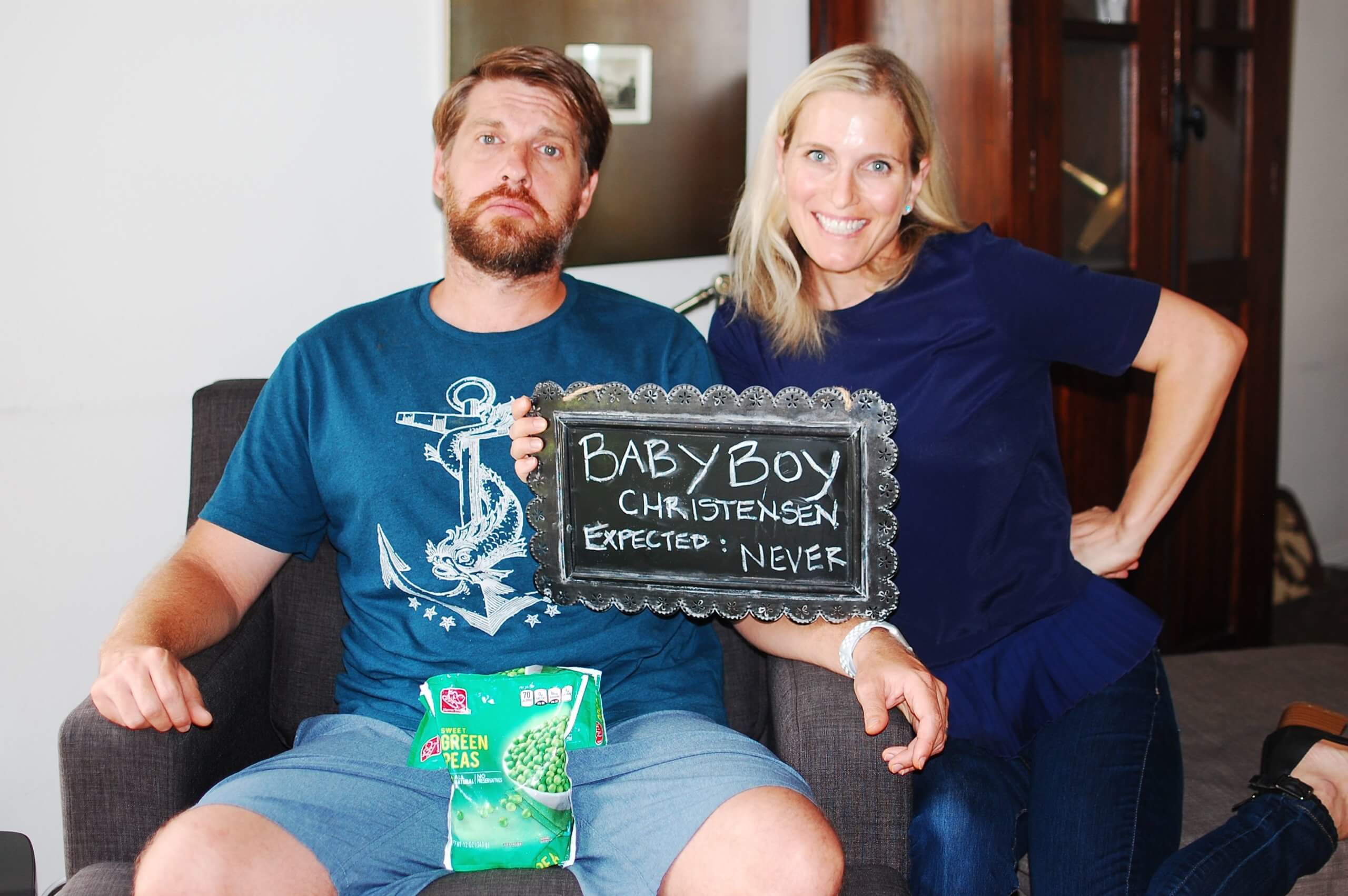 This would not be possible in most parts of the world where there are stricter rules upon performing the procedure. In Finland the man must be over 30 or had three children to qualify. Many states in the United States have a compulsory cooling off period between the first consultation and any prospective procedure.

Vasectomies were illegal in France up until 2001. A Napoleonic code which forbade self mutilation was applied to vasectomies used for contraception. They remain illegal in many parts of the world which relate to the dark history of forced sterilisation. The first vasectomy was performed by American doctor Harry Sharp in order to sterilise an inmate at the Indian Reformatory in 1899. Female sterilisation across the developing world remains one of the most common methods of birth control.

Vasectomies only became legal in Australia in 1971. Australia and New Zealand have the highest rates in the world, possibly reflecting the broader changes in gender relations. One in four men over the age of 40 have had a vasectomy in Australia. The global rate meanwhile is barely two percent. We are one of the few countries where male sterilisation is more common than female.

The trend is not always consistent when it comes to countries and their records on gender equality. Sweden has quite low rates despite being rated as one of the most gender equal countries in the world. However their rates are also accelerating from a low base, having increased 70 percent between 2013 and 2017.

The association with environmental politics is new and limited to rich countries. There has always been an association with sexual politics. The procedure is an interesting barometer of trends in gender relations. The changing power balance associated with the procedure was highlighted last year when former Australian Rules footballer Brendan Fevola admitted that his wife demanded he undergo the cut.

“Alex said the shop was shut unless I had a vasectomy.” Fevola said on air during his Melbourne radio program, admitting he did not want it.

Dr Nick Demediuk performs just over a tenth of all vasectomies in Australia, working primarily in Victoria but also in other parts of the country.

He sees more men with the attitude that it’s up to them to take responsibility for contraception, what he describes as “my wife’s done the hard yards, it’s my turn to step up.” This is not an attitude that he remembers when he started performing vasectomies 40 years ago. He also says those most likely to have side effects are the ones, like Fevola, who were already reluctant.

Men from this minority are the group that have presented to psychiatrists like me with mental health problems, often related to challenges reframing their idea of masculinity or resentment at feeling forced. This can also lead to relationship challenges. There is also the age-old myth that vasectomy is a form of castration, a feature dispelled in every educational guide.

Related article:  Viewpoint: Politics and science in Europe: How the development of COVID-19 vaccines highlights ideological inconsistency and hypocrisy
Follow the latest news and policy debates on agricultural biotech and biomedicine? Subscribe to our newsletter.
SIGN UP

There is a strong cultural dimension. The cultures most associated with machismo such as those from Latin America or the Mediterranean are least likely to submit themselves to the procedure. Statistically those from non-English-speaking backgrounds have lower rates.

Studies from Africa suggest it is virtually non-existent, driven by ignorance, stigma, and a broader belief that male fertility belongs to the community as a whole. This corresponds with evolutionary psychology theories which postulate that women urging men to have vasectomies stems from a primitive desire to prevent them from impregnating other females.

The warning that many doctors give their patients when asked about vasectomies, especially men in their 20s and 30s, is that almost half of marriages end. Reversing vasectomies is expensive and not always successful.

New Zealand psychologist researcher Gareth Terry interviewed tens of men who underwent vasectomies. He argues in a scientific paper that the vasectomy has evolved into an act of “minor heroism” and is part of the gratitude economy that exists in intimate relationships. Terry argues that the sacrifice and uptake of responsibility in contraception often leads to many men feeling that they are especially worthy of praise and value, similar to men expecting plaudits for minor acts of child care or domestic duties.

The contraceptive pill irrevocably altered the dynamics around contraception to being a female responsibility. Prior to the pill most couples used either condoms, withdrawal, or the rhythm method. There has also been little progress within the pharmaceutical industry with regards to male forms of contraception. The choice for men remains a stark one between condoms and vasectomy. This is despite the fact that surveys have found a majority of men say they would take a contraceptive pill if it was available.

The parallel movement depicting the vasectomy as an act of redefined masculinity is captured by GQ writer Dan Rookwood. He wrote about his own vasectomy earlier this year. He implores his readers to man up and consider the procedure, partly as a signal of gratitude for the female burden of going through the significantly more involved act of childbirth.

“It takes balls to have a vasectomy. I cup mine tenderly, almost apologetically as I sit on the gurney, naked from the waist down, awaiting the urologist.”

The procedure is brief, 15 to 20 minutes, involving an incision in the scrotum before cutting the vas deferens, the tube through which sperm is delivered. It’s often done under local anaesthetic and nitrous oxide. Complications are rare. Most men can return to work within days after a brief period of rest.

Author Ceridwen Dovey writes in the Monthly magazine while watching her own husband’s surgery that the vas deferens looks like a “thick white shoelace.” While contemplating the origins of her children emanating from the shoe lace like tube, she also highlights the political nature of the act, outlining female friends who celebrated their partner’s vasectomies as a small step in “smashing the patriarchy.”

In the USA, the peak period of vasectomies coincide with what is known as March madness, a time when there is non-stop college basketball in a high stakes elimination tournament. Reproductively transformed men sit with ice packs and watch tens of hours of cable television sport. There is no such equivalent in Australia, but like gym memberships and diets, they can spike amid New Year’s resolutions.

Across the Western world, the vasectomy is becoming a more thoroughly political act. The environmental dimension is new. But more men are using the procedure to signal their feminist credentials. Women are feeling empowered to make the demands. It’s inevitable there will be growing pressures for barriers to the procedure to be relaxed in jurisdictions where there are historically based obstructions.

A version of this article was originally posted at Quillette and has been reposted here with permission. Quillette can be found on Twitter @Quillette