This article or excerpt is included in the GLP’s daily curated selection of ideologically diverse news, opinion and analysis of biotechnology innovation.
Two bills were recently introduced in the New York State legislature (in the Assembly and in the Senate) to establish a “special commission charged with investigating the “growing evidence” linking exposure to radiofrequency (RF) microwave radiation (‘wireless radiation’) emitted by 5G and other wireless antennas, with serious human health and environmental impacts.”

Let’s separate the science from the hysteria.

The bills come in response to lobbying by the group Americans for Responsible Technology, and couch the issue in terms articulated by the group’s director, Doug Wood, on its website. 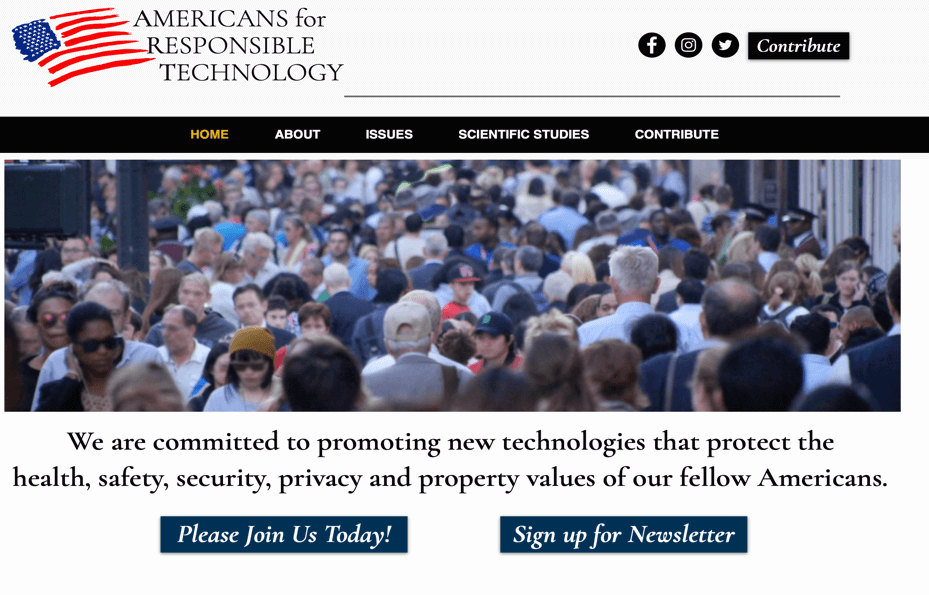 “We reject the rush to roll out 5G technology across America.

This effort is based on outdated science. It is unwarranted and dangerous, eviscerates local control and places the interests of a single industry ahead of those of the American people.

We call on our representatives in Washington to heed the call of independent scientists, medical professionals and public health experts around the world who are warning of the dangers of this technology, and to reject any proposal to use public funds or public property to facilitate the deployment of expanded wireless networks.”

But, while the New York State initiative focuses on the potential health threat posed by the new technology, it ignores key questions about how we evaluate risks, how much we can trust the science, and what level of certainty is acceptable.

We have been here before. In the 1980s and 1990s, we were concerned with extremely low-frequency electromagnetic fields (ELF-EMF) from power lines and household wiring and appliances. Starting in the early 1990s, radiofrequency (RF)/microwave emissions from cell phones and their base stations took center stage, and were given currency by a 2011 report from the International Agency for Research on Cancer (IARC). Thousands of peer-reviewed articles were published on the health effects of ELF-EMF and RF, but, after decades of research, there is no convincing evidence of adverse health effects from these types of fields.

The first thing to note about the New York State bills is that, while they mention “wireless radiation,” they fail to make the fundamental distinction between ionizing radiation, from such sources as X-rays and gamma rays, and non-ionizing radiation. The former is characterized by very high frequencies – and, hence, very high energies – that are capable of damaging molecules in human cells and initiating cancer. The latter carries energies that are many thousands of times weaker.

Use of the word “radiation” conjures up fears which immediately put the discussion on the wrong footing. A recent review paper from the IEEE Committee on Man and Radiation (COMAR) in the journal Health Physics does a superb job of outlining in clear language what 5G wireless networks are, how they operate, what is known about possible adverse health effects, and how exposure limits set by international organizations address possible health effects. Below, I list some of the key points made in that paper:

“COMAR concludes that while we acknowledge gaps in the scientific literature, particularly for exposures at millimeter wave frequencies, the likelihood of yet unknown health hazards at exposure levels within current exposure limits is considered to be very low, if they exist at all.” [emphasis added]

In addition to failing to make any of the careful distinctions contained in the review paper, the New York State announcement reveals a profound misunderstanding of probability and degrees of risk. It states that:

“To date, no studies have confirmed claims by the telecom industry that exposure to wireless radiation emitted by 5G wireless devices, as well as earlier generations of wireless technologies, is safe.” 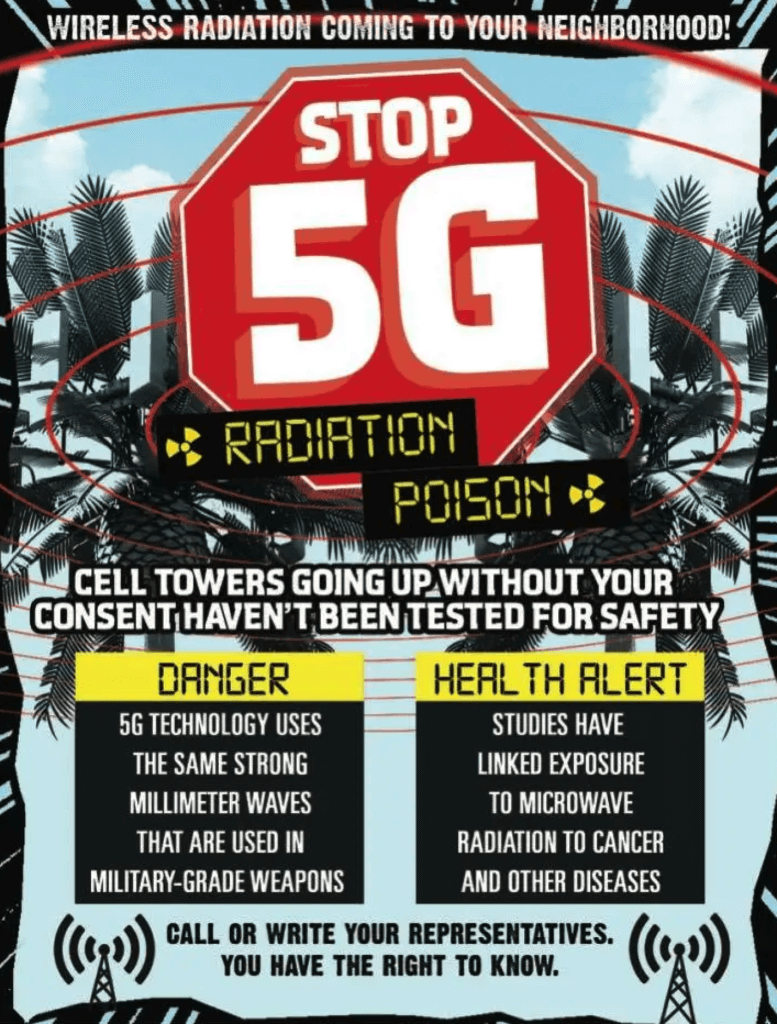 However, as is recognized by agencies like the U.S. Environmental Protection Agency, it is not possible to prove that an exposure is safe. What risk assessment agencies typically do is to use animal – and, where available, human data — to determine a level below which no adverse effects were observed and then to add a safety margin of one-hundred or one-thousand. This approach has been used successfully for decades. Rather than holding out some absolute ideal of “safety,” what needs to be realized is that there are degrees of risk, and the goal is to ensure that any risk is below the level of what we normally accept in everyday life. We accept some degree of risk every time we get in a car, drink a glass of wine, or take a painkiller or prescription drug.

A key problem is that when it comes to a novel technology – especially one that will involve placing thousands of antennae in close proximity to where we live and work — any notion of gradations of risk and of the protection afforded by existing safety standards is replaced by an absolute dichotomy of safe/unsafe. We are programmed to react in terms of absolutes.

The behavioral psychologist Daniel Kahneman described two systems for parsing reality. System 1, which is the default mechanism for making instantaneous decisions involving life or death, uses stark binary terms involving absolutes (safe/unsafe). In contrast, System 2, involves making distinctions and bringing prior knowledge to bear in order to calibrate levels of danger/risk. But System 2 takes mental effort and time for reflection, and this is not the default way we react to a perceived threat.

Politicians and activists know this very well. Any whiff of a possible risk from an agent that we can neither see nor feel, especially if associated with a novel technology, is reacted to as if it is an existential threat.

As the authors of the Health Physics article argue, in view of the wide dissemination of this new technology, high-quality studies should be done to monitor exposure and potential health effects. At the same time, we need to be aware that the scientific literature is replete with papers that purport to show “positive effects,” but many of these studies are never replicated.

In addition, it is often unclear how the results, for example, of tests done on cells in a petri dish apply to an intact organism. Routinely absent from the public discussion is the reality that not all studies are equal – and that studies purporting to show an effect get more attention than studies that fail to find an effect, even if the latter are of superior quality. The claim in the New York State press release referring to “growing evidence” of adverse health effects is almost certainly misleading.

Of course, if those calling for further study of 5G wireless didn’t emphasize the “growing” body of evidence of adverse health effects, they would not be able to mobilize politicians to devote time and resources to studying this issue. That is the bind.

It is noteworthy that a paper published in 2019 examined the quality of 94 studies of millimeter wave effects on cells and organisms. While 80 percent of the in vivo studies and 58 percent of the in vitro studies showed responses to exposure, there was no consistent relationship between power density, exposure duration, or frequency, and exposure effects. The authors concluded that the quality of future studies of MMW needs to be significantly improved.

What we can be sure of is that new studies are in the works and that more will be undertaken. Whether these will do anything to alleviate the fear and uncertainties surrounding 5G technology, which the announcement from Albany contributes to, is far from clear.

Geoffrey Kabat is a cancer epidemiologist and the author, most recently of, Getting Risk Right: Understanding the Science of Elusive Health Risks. Follow Geoffrey on Twitter @geokabat

Related article:  When antidepressants fail: Are we looking at a new kind of depression?