This article or excerpt is included in the GLP’s daily curated selection of ideologically diverse news, opinion and analysis of biotechnology innovation.
British economist Thomas Babington Macaulay challenged a thread of pessimism writing in 1830: “On what principle is it that, when we see nothing but improvement behind us, we are to expect nothing but deterioration before us?”

The self-monikered “rational optimist” Matt Ridley recently updated this sentiment with a contrarian take on our own dark, pandemic times, asking: “What if 2020 went down in history as the year synthetic biology dealt a mortal blow to future viruses and illnesses in general, rather than the year a virus ruined our health, wellbeing and livelihoods?” The answer illuminates. 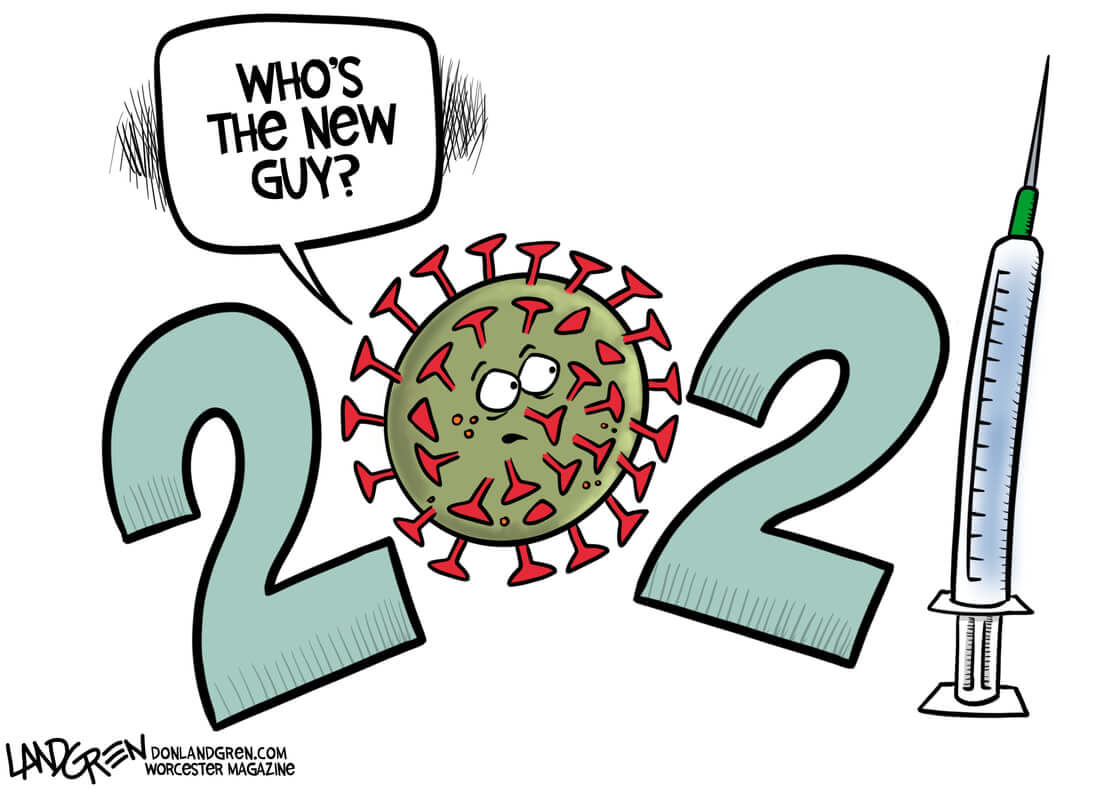 And the timeline is stunning:

And, hopefully, by mid-2021, vaccination efforts in the United States will approach herd immunity levels, allowing some semblance of normality to begin to emerge from what may turn out as our darkest winter in more than a century.

That’s 11 months from the identification of a novel pathogen to an effective virus approved for use and being administered.

The timeline is stunning; most importantly because of the 427,829 dead as of 26 January, 2021—a toll that already exceeds U.S. deaths in World War II, and expected to reach 600,000, if not more, by March. But stunning, also, for the alacrity with which researchers produced not one, but two safe vaccines more than 90 percent effective at preventing severe disease and protecting lives, with more close behind. Until now the fastest a vaccine had been produced was the one for mumps, in 1967, which took four years.

Epidemiologists and vaccinologists anticipate that by mid- to late 2021 the disruptions caused by SARS-CoV-2 will be largely in our rearview mirror, though ripple effects will persist for many years. But what happens next? Will this virus mutate, come roaring back, perhaps in an even more virulent or lethal form?

Mutants have already emerged that spread more rapidly, and some may be less vulnerable to the mRNA vaccines approved to date. But more vaccines are on track to become available in the very near future, with different modes of action that should provide additional layers of protection. But what about five years down the road? What will happen when the next virus capable of causing a pandemic emerges, as it surely will? This is where things get really interesting.

The first Covid-19 vaccines out of the gate, as previously noted, are novel mRNA vaccines, fresh fruits of a technology that has been three decades in development. Fundamentally, mRNA vaccines are similar to others—they all expose vaccinated individuals to an exotic protein aimed at provoking an immune response that will destroy the invading pathogen, mooting the possibility of infection and disease. Most prior vaccines elicited an immune response by killing or injuring the virus to render it no longer infectious, and by injecting the dead virus or a piece of it containing fragments that stimulate the desired immune response.

The current mRNA vaccines differ in that they dispense with killing or weakening the pathogen, and instead surgically snip from it a noninfectious fragment, a gene encoding a viral protein that will itself generate a protective immune response. This Trojan horse blueprint is delivered into the vaccinated individuals own cells by a synthetic cell called a liposome (“fat body”—a tiny ball of fat with an mRNA core), where it harnesses their protein-synthesizing machineries to produce the exotic protein. The body’s immune system recognizes it as foreign and mobilizes the troops to destroy it, protecting against subsequent exposure to the original pathogen.

Related article:  Will scientists ever get ahead of fast-mutating deadly health viruses? Exploring the coronavirus and the genetics of other viral outbreaks

While conventional vaccines have required virus specific approaches based on killing or weakening a specific pathogen, mRNA vaccines leapfrog to a more direct and sharply focused approach brilliant in its details and even safer. But this precedent-shattering progress in vaccine design and development pales in comparison to the paradigm shift it promises for future disease prevention and treatment.

The keystone innovations in this new approach to vaccine development are two: antigen specification and delivery. We can now identify genetic instructions designating an antigen of choice; and the synthetic liposomes used to deliver it can carry an essentially infinite selection of such antigens. This means that even if the SARS-CoV-2 spike protein mutates to a form not recognized and destroyed by the elicited immune reaction from the present vaccines (which is almost certain to happen eventually, as it will be strongly favored by natural selection) all we would need to do to produce a new vaccine effective against the novel mutant would be to insert the gene that encodes the mutant spike protein into the same kind of liposomal delivery vehicle already proven. This is already being done. Boom.

More broadly, this means we now have a new capability for vaccine design and manufacturing that is essentially modular, because we can now package an essentially infinite variety of mRNAs into liposomes—a delivery system as generic as a UPS truck. The manufacturing methods for producing one type of mRNA can easily be adapted, and any mRNA fragment can be as easily encapsulated in the liposome delivery vehicle as another. We can now envision swapping in new mRNAs to address not only any mutant spike proteins SARS-CoV-2 may acquire, but also mRNAs to generate immune response to coronaviruses that have not yet jumped from bats into humans—probably the most potent avenue for future pandemics.  As Ridley put it, “at the cost of a few billion dollars, the world may now be able to build a library of messenger vaccines for every plausible coronavirus and influenza virus with pandemic potential we can find, test them in animals and store the recipes on a hard disk, ready to go at a moment’s notice.”

Ridley continues: “A fast, adaptable vaccine platform has long been the dream. Let’s try it against hepatitis, Zika and several kinds of common cold. We may begin to do to viruses what we have already done to most intestinal worms, many blood parasites and not a few bacteria: abolish them from the human experience. If the message is the recipe for a protein characteristic of particular tumours, the immune system may learn to mount a devastating attack on a cancer. How about Alzheimer’s?”

Even if all this pans out as Ridley foresees, many challenges remain. But the most important of these have nothing to do with vaccine design or delivery and everything to do with devising and administering effective worldwide vaccination strategies and campaigns, while overcoming anti-vaccine foolishness from the usual wingnut fringes plus any gross abuses by plutocrats. But now we have the best toolkit we’ve ever had since hominids took the first tentative steps out of the forests and into grasslands. All that remains is for us to use them.

Val Giddings is a senior fellow at the Information Technology and Innovation Foundation (ITIF). Giddings received his Ph.D. in genetics and evolutionary biology from the University of Hawaii in 1980. Val can be found on Twitter @prometheusgreen

A version of this article was originally posted at the Information Technology and Innovation Foundation (ITIF). The ITIF can be found on Twitter @ITIFdc