COVID and immunity: How long will it last if you get a vaccine or were infected?

This article or excerpt is included in the GLP’s daily curated selection of ideologically diverse news, opinion and analysis of biotechnology innovation.
The COVID vaccines are working. Data from Israel and Scotland shows that they are protecting people and may also be decreasing the spread of the SARS-CoV-2 virus. If it all holds up, people will be protected from severe disease, the amount of virus will progressively decrease, and we can truly plan for a way out of the pandemic.

Evidence is also growing that once you’ve been infected, there is a pretty good chance that you will be protected from further infections, or at the very least, have less severe disease. This makes sense, as it’s why your immune system evolved in the first place.

Over millions of years, the immune system was sculpted by the laws of natural selection. Once you’ve been infected or vaccinated, memory B and T cells persist. When you are reinfected, they wake up and eliminate the infection to such an extent that you won’t even feel sick. You can see how this made evolutionary sense. Feeling sick means you’re less likely to procreate, so there would have been a survival advantage to immunity. 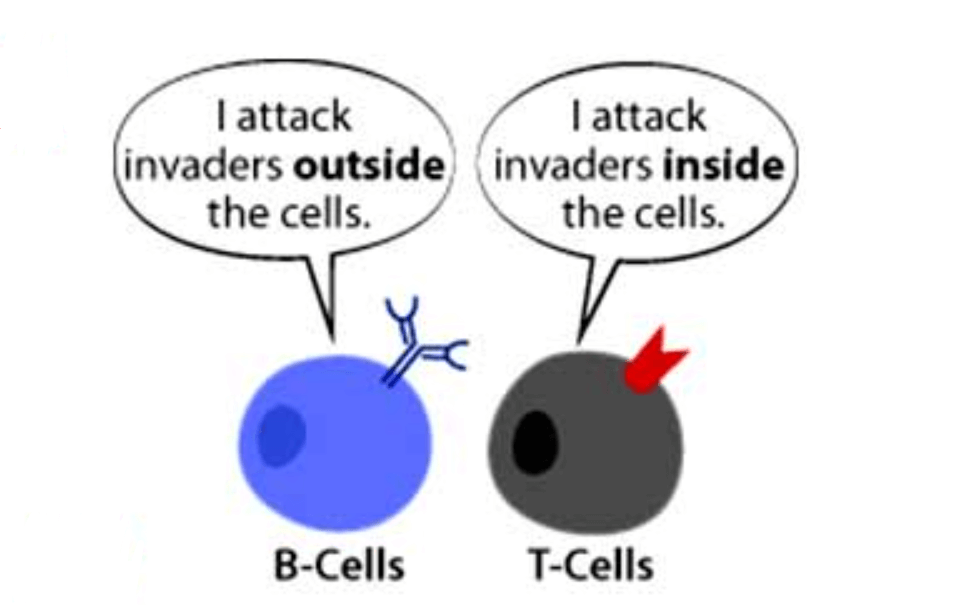 However, an important question in immunology, when it comes to infectious diseases and vaccines, is: how long protection might last? There are several variables here, from the type of pathogen infecting you, to how bad the initial disease is, to your overall health, and your age. All of this makes predicting what might happen with COVID challenging.

It can be useful to compare what we currently know about COVID-19 to two diseases that we know an awful lot about and for which we have effective vaccines: measles and flu. In the future, which one will COVID look like?

Measles is a much more stable virus than SARS-CoV-2 – it doesn’t mutate very much. It also usually provokes a strong immune response and so immunity tends to last a long time, either from infection or vaccines. One study showed that antibodies against measles last a lifetime. Because it is such a stable virus, when it reinfects, the vaccine you might have had years ago, or the response to the natural infection, will protect you.

Influenza, however, is different. The flu virus can change with ease. This means that we must keep vaccinating against it, as vaccines to a previous variant may not protect against a new variant. The stability of a virus is therefore a key determinant of whether protection persists.

COVID-19 probably sits somewhere between measles and flu. It’s not as stable as measles and it is not as changeable as flu. We might expect immunity to last against COVID-19, but probably not as long as measles. And we’ll probably have to vaccinate against variants that emerge, as we do for flu.

One thing we’ve got going for us is the repetitive nature of the surface of SARS-CoV-2. The spike protein covers the surface of the coronavirus in a fairly uniform manner. Antibodies to smallpox, which also has a highly repetitive surface, last a lifetime. In this situation, macrophages (a type of white blood cell that engulfs and consumes pathogens) might be better able to gobble up the antibody-coated virus.

If the spike protein mutates and antibodies can’t bind as well, it’s well worth giving a booster shot against the new spike protein — which is what is planned.

And if antibodies don’t work as well against variants, T cells might. This might mean that we won’t need boosters at all and that we might have long-term protection against multiple variants. And even if the immune response is lower against variants, we will probably still be protected from severe disease.

One important aspect of natural infection is how strong the initial immune response is. The common cold often only provokes a mild response in the upper airways. This is because a virus that limits itself to your nose isn’t much of a threat. It means that the immune response doesn’t really get going at all. It’s insufficient for memory B and T cells to emerge.

If flu causes a big fight, which the immune troops never forget, the common cold is a mere skirmish that is soon forgotten. A mild dose of COVID might be similar. If you’ve had a more pronounced disease, this might stand you in good stead and make you more resistant to reinfection. But if you only had mild disease, or if you stayed symptom free, you are at risk of reinfection.

Where vaccines come into their own, is their power. They usually give a much stronger immune response than natural infection. This is because natural immune responses lack the guile of the pathogen, many of which have elaborate ways to turn off the immune response. This again is down to evolution.

Viruses that carry proteins that can limit immunity will be more likely to survive. This may be especially important with SARS-CoV-2, which carries several ways to limit immunity. Because the vaccines comprise either one part of the virus – such as the spike protein – or a whole inactivated virus, they don’t limit immunity, and so a robust immune response occurs. The Moderna vaccine, for example, has been shown to provoke a durable antibody response, where the natural infection is more variable.

We are now confident that infection with SARS-CoV-2 is highly likely to provide some protection against reinfection. But, given that we are seeing variants, it is wise to prepare for booster shots with new vaccines for those who are vulnerable. We will get a better idea of whether they are needed in the coming months.

Luke O’Neill is an immunologist in the School of Biochemistry and Immunology at Trinity College Dublin. His research area is the molecular basis of inflammatory diseases. He has written several popular science books including his most recent ‘Never Mind the B#ll*cks, Here’s the Science’ published by Gill. Find Luke on Twitter @laoneill