This article or excerpt is included in the GLP’s daily curated selection of ideologically diverse news, opinion and analysis of biotechnology innovation.
Despite the allegations of greedy trial lawyers and greedy, ideological activist groups, a massive body of peer-reviewed research has confirmed that glyphosate, the active ingredient in Bayer’s Roundup weed killer, poses minimal risk to human health and the environment. And the evidence continues to roll in.

For all proposed uses, a safe use could be demonstrated for operators and workers (both without personal protective equipment) and for bystanders … Overall, the AGG concludes that glyphosate meets the approval criteria … as an active substance to be used in plant protection products.

Of particular interest was their conclusion about glyphosate’s carcinogenicity: it doesn’t exist:

Seventeen previous reviews conducted by regulatory agencies around the world have reached the same conclusion. The exception: a single monograph issued by the International Agency for Research on Cancer (IARC) in 2015 found that the weed killer was a “probable carcinogen,” but the WHO agency has since been blasted by independent experts for excluding research that would have changed its determination. IARC-affiliated researchers who went on to serve as expert witnesses in lawsuits alleging that glyphosate causes cancer also raised questions about the agency’s objectivity. 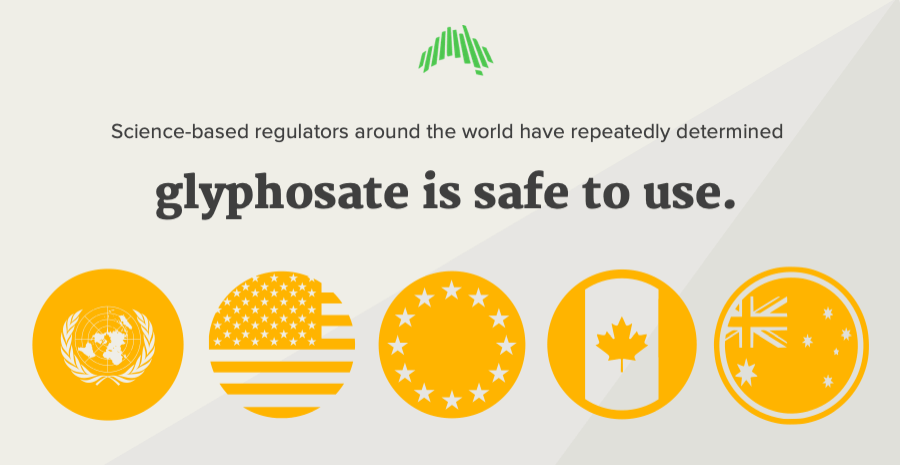 Some anti-pesticide groups have alleged that Bayer has tried to obscure evidence indicting its weed killer. That charge is false, but it’s also irrelevant. As the AGG noted, its analysis included an extensive review of the published evidence gathered by independent scientists:

The dossier consists of almost all tests and studies from previous EU approval processes as well as new studies and a recent literature review of public literature … The literature search, which covered a timeframe of ten years before submission of the dossier resulted in 7,000 published scientific publications.

Activist outfits such as the organic industry-funded Environmental Working Group have also alleged that glyphosate residues in food could pose a risk to consumers. The new review considered this possibility and, following the US EPA, found that

However, the reviewers found that the GRG would have to supply additional data to confirm this conclusion. There were a few other points of caution. For residential (as opposed to agricultural) use, there was one scenario “in which due to a high predicted spray drift no safe use could be demonstrated.”

The review also found that glyphosate can cause “serious eye damage” and is “toxic to aquatic life with long-lasting effects.” But these conclusions were carried over from the previous assessment, meaning they weren’t significant enough to alter the AGG’s conclusion. As University of Florida plant geneticist Kevin Folta told ACSH by email,

The Assessment Group on Glyphosate correctly noted the necessary precautions for use around aquatic environments and potential for eye irritation—there were no surprises in the report.

The GRG will have to jump additional regulatory hurdles before the EU reauthorizes glyphosate. These include an additional review by the European Food Safety Authority and European Chemicals Agency, a public comment period, and further scrutiny by regulators in individual EU member states. That said, the AGG report offers further confirmation that glyphosate doesn’t pose a serious risk to human health or the environment. Folta added in his email:

Glyphosate continues to survive the intense, periodic scientific scrutiny of the world’s most rigorous regulatory bodies, yet is deemed dangerous in the court of public opinion. Can we please stop letting lawyers and activists make up science that influences farmers’ freedom to operate?