New genetically modified corn and soybean seeds, already approved in Canada for rollout this year, are closer to being green-lighted in the United States—unless activist protests derail the process yet again.

Last Friday, a draft Environmental Impact Statement (EIS) released by the US Department of Agriculture recommended that full deregulation is the “preferred alternative” for Dow AgroSciences’ corn and soybean traits resistant to the herbicide 2,4-D–products known as the Enlist Weed Control System.

What is 2,4-D? According to scientists, it’s an effective herbicide and plant growth regulator widely and safely used for decades in household weed killers, such as Scotts TurfBuilder, and also by farmers. To opponents, it’s “Agent Orange”.

That’s factually untrue. As agricultural scientist Steve Savage has written on the independent website Biofortified, “Agent Orange, a defoliant used in the Vietnam War, was made with two herbicides: 2,4-D (the one that the new corn tolerates), and 2,4,5-T. The 2,4,5-T was unknowingly contaminated with a dioxin, something that was only later recognized as a significant human safety issue. Yes, 2,4-D was part of Agent Orange, but it wasn’t what made Agent Orange a danger back in the 1960s.”

The facts haven’t slowed the anti-GMO demonization express, let by Michael Pollan, in a tweet dispatched within minutes of the USDA announcement.

“If finalized, this decision would launch American agriculture into a new era of vastly increased dependence on more toxic pesticides,” said Andrew Kimbrell, executive director of the anti-GMO Center for Food Safety, which popularized the demonizing term “Agent Orange Corn” to stigmatize the chemical. “The Obama Administration must overturn this dangerous and misguided proposal.”

On her blog, Marion Nestle, New York University food scientist and organics promoter appropriately linked to independent government studies endorsing the safety of 2,4-D, but then provided a mouthpiece for one of the country’s most anti-science groups, Earth Justice. “The potent and toxic 2,4-D has been linked to many human health problems,” Nestle quotes the anti-GMO group. “It also is likely to harm non-genetically engineered crops in neighboring fields, threaten endangered species, and ultimately lead to the development of weeds that are resistant to it, leading to even more problems.

That’s the cynicism. What do the facts show? 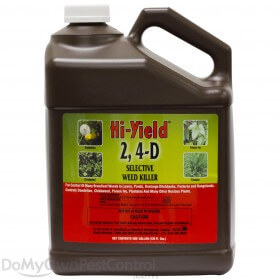 USDA’s Animal and Plant Health Inspection Service (APHIS) endorsed the safety of the traits years ago after extensive reviews, but the final approval process slowed to a crawl in the face of activist pressures. Citing “public concerns” about the potential increased volume of herbicides and their movement onto non-target crops, APHIS announced in May that it would require a more stringent environmental review of Enlist crops waiting to be approved for the market. That’s now completed. The draft EIS will be published in the Federal Register this week and open for public comment for 45 days.

After years of independent review, Canadian regulatory authorities approved the traits in October, opening the way for cultivation for the first time this year.

For environmentalists interested in higher crop yields with lower impact and more sustainable farming practices, including the use of less pesticides, the approval would come as welcome news. As Savage points out, farmers have been moving increasingly towards the control of weeds with herbicides rather than with mechanical methods called “tillage.”

Plowed and tilled soils are susceptible to erosion. Erosion carries not just sediments, but also fertilizers and pesticide residues into streams. The mechanical disturbance of soil degrades its properties over time so that it becomes less able to capture and store rain and less able to sequester nutrients. Beginning in 1960, some farmers began to experiment with “no-till” farming methods on a commercial scale. One of the reasons they were able to do that was because herbicides like 2,4-D had become available.

Pollan, Nestle and groups like the Center for Food Safety and Earth Justice harp on concerns that the use of herbicides can result in the evolution of so-called superweeds, requiring even more spraying. That has begun to happen in some farm areas in cases involving the overuse of glyphosate (Roundup Ready), where resistance has indeed emerged. But herbicide resistant weeds has been a problem long before GMO crops were introduced. Pro-active farmers combat this by employing multiple options, including herbicides with different modes of action, cultural methods like cover crops or planting date shifts and in some cases the judicious use of tillage. Invoking the problem of superweeds is often a crafty surrogate for attacking GMOs (one of Pollan’s favorite tactics)–typical of the way ideologues rather than scientists or independent journalists evaluate a complex problem. The introduction of a 2,4-D tolerant crop would actually lessen the problem, as farmers could rotate in another mode of action. 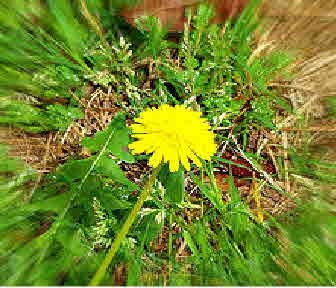 The sustainability benefits of 2,4-D have been documented, which is why both farmers and cutting edge environmentalists are so eager for the approval process to conclude. “We are on a trajectory for continued weed resistance and thus major adverse impact on crop productivity,” said weed science expert, University of Western Australia professor Stephen Powles. “To fight resistance we need herbicide diversity and alternative technologies. Enlist is one such diversity tool.”

Monsanto’s Roundup Ready GMO seed line, which incorporates herbicide resistant traits, has led to a sharp reduction in the overall toxicity content of chemicals sprayed because glyphosate is so much less toxic and environmentally risky than the chemicals it replaced. The same would happen with Dow’s 2,4-D corn or soybeans. The new products would give farmers multiple options to further control the weed problems that have dogged modern agriculture for 50 years.

Even as the evidence for the safety and sustainability benefits of these new GM traits mounts, anti-GMO activists escalate the rhetoric. Pollan et al. not only invoke the Agent Orange canard to spread dicey environmental interpretations of complex issues, as part of their crusade they show no compunction about misrepresenting an unrelated national tragedy. As Savage has written:

This new corn, and the soybeans that will follow, are part of what will enable land-use efficient, low environmental footprint farming. They have nothing to do with a 50 year old defoliant. There is absolutely no doubt that the lessons from “Agent Orange” must be remembered.  The innocent victims of Agent Orange deserve that heightened awareness. What they don’t deserve is to have their tragedy exploited in an irresponsible way.