I was really excited to watch the Intelligence Squared debate. I’ve been looking forward to it for seemingly ages.

Bottom line—it was as predicted. Fear, questions, and magical thinking against science, reason and evidence. And science won. Not only did science win, the fear-based empty fact-free claims from the other side are permanently stored online for everyone to enjoy forever.

[Intelligence Squared has posted a video recording of the debate]

[Genetic Literacy Project has a report on how leading anti-GMO groups, including Greenpeace and GMO Free USA, are already turning on their own, accusing debate scientists Margaret Mellon and Charles Benbrook, who were soundly trounced in the debate, over being paid Monsanto shills.]

According to votes recorded on the Intelligence Squared website, the motion in support of agricultural biotechnology prevailed over those opposed to it by a convincing 60-30 percent. 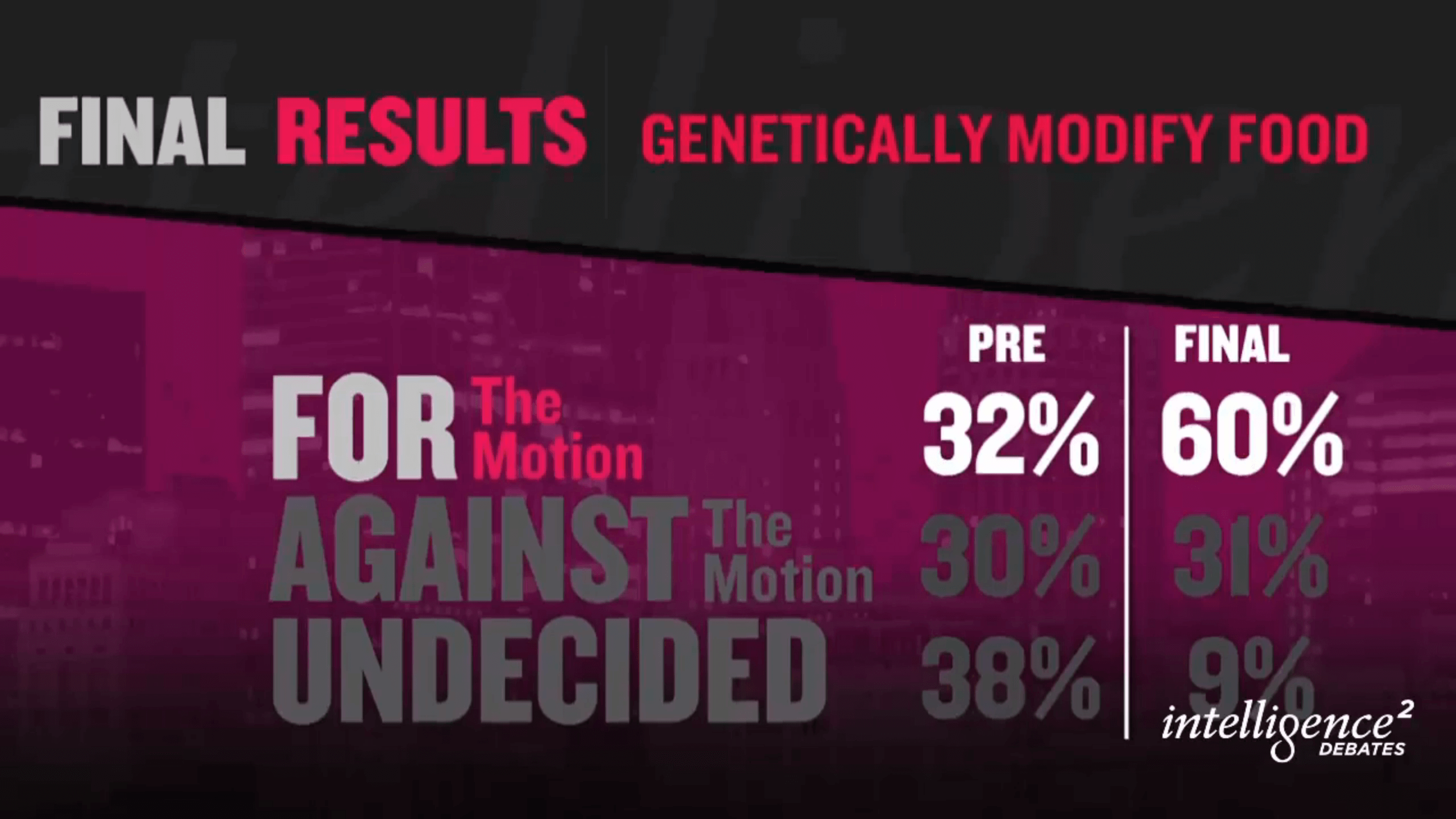 I’m not going into too much post-event analysis, but I will take the time to point out some of the major things we all need to take note of.

Mellon has no clue. She seems to think that Europe is this wonderful place that has ag all figured out. Of course, they import massive amounts of food from the USA, Brazil and Argentina because they are not self sustaining!  Here’s a nice article by Steve Savage on those not-European-food eaters.

The Bingo card got a good beating! I think I did hear Benbrook say “antibiotic resistance” and we came close on Starlink! 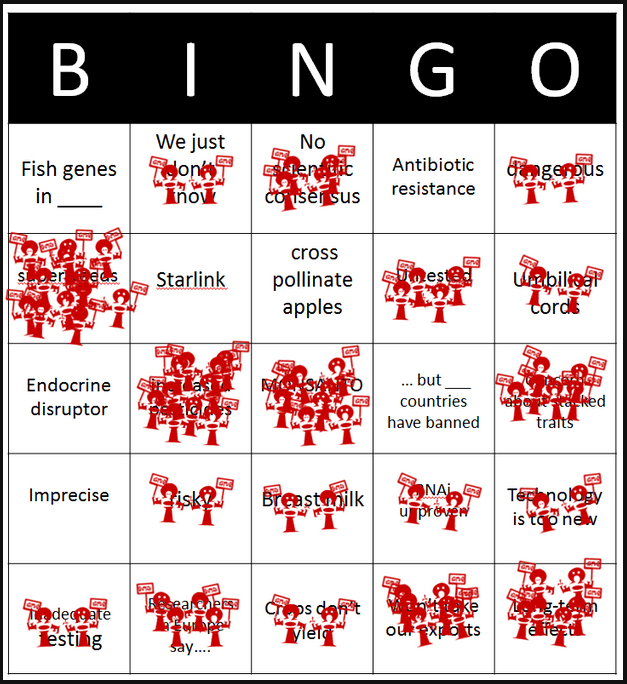 Most importantly the results show what we know. Most people that are undecided will gravitate toward science when they are offered facts over fear.