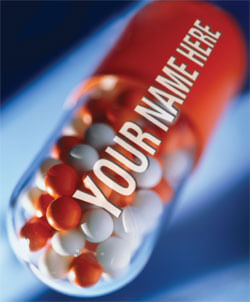 You can’t help but love the breathtaking ambition and optimism of the Precision Medicine Initiative that President Obama fleshed out at a news conference last Friday. The plan embodies a wonderfully human let’s-climb-Everest-because-it’s-there aspiration.

But you also have to wonder about the practicality of such a sweeping program. Golly, the hurdles are daunting.

When President Obama first mentioned “precision medicine” in his State of the Union speech, I was mystified. What the devil is precision medicine? He talked briefly about a pharma fix for the genetic defect in a small subset of cystic fibrosis patients, so maybe what he meant was what we have been calling “personalized medicine,” with diagnosis and treatment based on a patient’s genetic makeup?  That’s what others thought too, at first.

Now we have a better idea what, precisely, precision medicine is. That is thanks to a coordinated launch/PR effort expanding on the SOTU teaser and last Friday’s press conference.  It includes a brief summary of the plan from two top figures in biomedical research: Francis Collins, shepherd of the Human Genome Project and now head of the National Institutes of Health, and Harold Varmus, Nobel laureate and now head of the National Cancer Institute, in last Friday’s New England Journal of Medicine, arguably the world’s top medical journal. It includes TV drop-ins. It includes a blizzard of government Fact Sheets and Web pages and blog posts. It includes cogitations by pundits and scientists and others in both professional and general-audience publications; just Google “precision medicine”.   I expect it also includes Facebook pages and a flood of tweets, although I haven’t checked them out.

Collins and Varmus  promise “a near-term focus on cancers and a longer-term aim to generate knowledge applicable to the whole range of health and disease.” They believe these things are doable because of advances not just in genomics, but in molecular biology and bioinformatics. “Furthermore,” they say, “the initiative taps into converging trends of increased connectivity, through social media and mobile devices, and Americans’ growing desire to be active partners in medical research.”

And that’s not all. It’s going to have to include epigenetics, the many mechanisms that switch genes on and off in particular tissues at particular times, mechanisms that are often tweakable and potentially subject to human control, mechanisms that could turn out to be easy and cheap to manipulate, at least sometimes. It will include the microbiome, the trillions of invisible lifeforms that embrace you inside and out, that not only digest your food but are part of the immune system that protects you from toxic outside forces–and even, it appears, help shape your brain and behavior.

The point, Collins said, is to identify–and optimize–everything that contributes to health.

Did I mention that the Precision Medicine Initiative is, um, ambitious?

Enter the database of databases

The centerpiece of precision medicine is a ginormous database of research findings, genetic information, and medical records from a million Americans. This biobank will not be built from scratch, however. The plan is to cobble together existing studies containing data from people who have already volunteered as research subjects. “The biobank would be used for studies ranging from finding new disease-gene associations to working out how to use genomic and other molecular information in routine medical care,” Science’s Jocelyn Kaiser explained.

The plan is that the database will, for example, link the Framingham (Massachusetts) Heart Study, which began nearly 7 decades ago, with patient databases such as the one at Kaiser Permanente in San Francisco, which is coupling genetic data with medical records. In a sense the US is coming late to this party. Several other countries–Japan, Iceland, the UK–have already built comparable population databases (although of course their populations are much smaller, and much less diverse, than ours.)

This sort of database was among the recommendations of a 2011 report from the National Academies’ National Research Council, the source of the term “precision medicine.” The report “called for combining medical records and genetic and other molecular data for large groups of people into a single ‘knowledge network’ that would be used for understanding diseases and tailoring treatments,” Kaiser said. Kavan Senapathy defined precision medicine for GLP readers last summer.

Even in the rosiest possible scenario, it will take decades for anything like these aims to be realized. And some goals may not ever be realized, according to Michael Joyner, a Mayo Clinic doc, writing in a New York Times Op-Ed.

Joyner focused on the purely genetic aspects of the precision medicine plan, concluding, “Unfortunately, precision medicine is unlikely to make most of us healthier.” He points out the many limitations of genetic screening and even the idea of genetic targeting for diseases. That’s because research has now shown that very few ailments are due to a single gene or even a small group of genes. This, he says, has been one of the big surprises coming out of the Human Genome Project.

It’s worth noting that the chronic diseases that cause so much suffering (and cost so much money), such as cardiovascular disease and cancer, involve lots of genes, nearly all of small effect. With cancer, typing DNA derangements in specific tumors after they have developed is proving enormously useful for diagnosis and treatment, but is unlikely to have much impact on prevention.

Indeed, a recent and very controversial paper argued that inheriting cancer-causing genes is not a major cause of cancer. Most cancer, the authors claimed, was due to what they incautiously called “bad luck”–random mistakes that are inevitable (and unpredictable and unpreventable) during cell division.

Joyner was concentrating on genomics and didn’t even get into the factor that needs to be in place to make any of this work: infrastructure. DNA sequencing is getting faster and cheaper daily, but it will be a while before it gets cheap enough, and ubiquitous enough, to handle all the genomes that might be useful for precision medicine.

And then there’s that gigantic database of databases. The plan to leverage existing databases sounds sensible and thrifty. Yes, of course we should make use of the terabytes of medical data researchers and clinicians are already amassing. But in practice that’s going to tough and take a while. Getting databases to learn how to talk to each other has been a hellish problem for medical IT.

And then there are the privacy problems attendant on these mountains of data. This SciAm piece has details.  Collins said he thought the privacy issues could be handled effectively. “There is a lot of designing still to do,” he said on the Newshour. “There are ways of handling the privacy issues.”

The bioethics community has been working on issues of genetic privacy for nearly half a century, so one would hope that a lot of the brush has been cleared away. But it seems to me that sometimes protection of privacy has less to do with ethics than it does with technology. We have a lot of recent real world experience–Target, Home Depot, Sony, etc.–about how poorly personal digital data is protected. Some of this can doubtless be dealt with by simply making security issues a much higher priority than they have been. But all of it?

Well, maybe it won’t matter. Most people don’t seem to care much about digital privacy. Nobody at the National Security Agency has been drawn and quartered for monitoring every single phone call. Cellphone networks and social media seize on personal data to sell to advertisers, but use of cellphones and social media is booming.

Joyner calls the Precision Medicine Initiative “moonshot medicine.” He’s right about that; it is a moonshot. What he seems to mean, though, is that the goals of precision medicine are impossible. Maybe he’s right. Or maybe they will be realized, but only in part, and only a long time from now. Still, you have to admire the chutzpah of the Precision Medicine Initiative.

And I suppose we should all keep in mind that we did, eventually, get to the moon.