Prior to 2010, Steve Marsh and Michael Baxter were just friends and neighbors farming near Kojonup, Western Australia. But in 2010, Baxter decided to plant genetically modified canola. Marsh was an organic farmer. It wasn’t long before Marsh sued Baxter over cross pollination—what Marsh and the organic community of Australia claimed was the “contamination” of his crop.

The court rejected Marsh’s claims, asserting that Marsh was not victimized by Baxter but by the stringent rules set by the organic’s organization that he voluntarily agreed to.

If the two neighbors managed to farm side by side in the past, why shouldn’t Marsh’s organic farm be able to coexist with Baxter’s genetically modified crops? After all, gene flow occurs in all crops—whether genetically modified or not—and it’s not generally considered to be an issue unless the crop is being grown for seed and not consumption.

But Australia’s organic industry, which is regulated by the National Association for Sustainable Agriculture (NASAA), has a zero tolerance policy for any presence of genetically modified seed. The U.S. Department of Agriculture, on the other hand, does not automatically decertify organic producers if gene flow is found to have occurred from a neighbor’s GMO crop.

The European Union has a 0.9 percent threshold for presence of GMO content that can still be labeled organic. 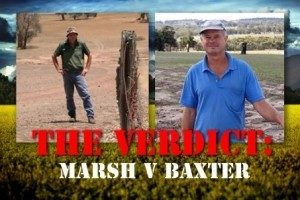 Miguel A. Altieri, a professor of agroecology at the University of California, Berkeley, argued that transgenic crops are not compatible with agroecology, the larger scientific umbrella that includes organic farming practices. Genetically modified crops reduce biodiversity, increase agricultural intensification and threaten purity of organic products, he wrote:

Unless whole regions are declared GM agriculture free, the development of distinct systems of agriculture (GM and non-GM) will be impossible as GM agriculture emerges at the expense of all other forms of production.

Peter Raven, the president emeritus of the Missouri Botanical Garden and a leading advocate of biodiversity, addressed what he maintains is a myth that GM technology and agroecology necessarily conflict:

In short, the application of GE technology to the improvement of crops does not, in itself, limit the overall diversity of the crops, whereas the development of modern agriculture, in which certain genetically defined strains are grown over wide areas and other strains that were cultivated locally earlier may disappear, does. The preservation of genetic diversity in crops is important and of general interest, but the appearance of GE crops did not cause the problem or advance its spread.

He explained that GMOs impact on biodiversity was “net neutral.” Rather, he emphasized the impact of modern agriculture, which plants the same crop over large swaths of land. Less intensive agriculture on smaller fields does have more biodiversity within that area.

However, the technology separate from modern agriculture holds some promise for improving biodiversity he said. The high productivity possible with GMOs could benefit biodiversity by limiting crop production to smaller plots of land. Additionally, fields planted with Bt crops, which have generally led to lower pesticide use, have been found to have more invertebrates than those planted with non-GMO crops.

However, Altieri maintained that coexistence is a myth because movement of transgenes is almost certain. “It is unlikely that transgenes can be retracted once they have escaped, thus the damage to the purity of non-GM seeds is permanent,” he said.

Yet Raven suggests that the distinction between “pure” organic seeds and GMO seeds is false, saying all agriculture is “unnatural.” Gene flow has existed every since humans began cultivating plants, and hybridization between crops and their wild or weedy relatives has led to more desirable crops, he said. He gave an example:

… In the origin of maize (Zea mays), repeated backcrossing and selection of plants with improved characteristics from wild relatives… has facilitated the assembly of the characteristics of modern maize over a period of perhaps 7000 years in southern Mexico… The diversity of local strains, land races, of maize in Mexico and elsewhere has a great deal to do with the recombination of these features following hybridization of the sort discussed.

Raven suggested that removing the barrier between organic and GMO at the USDA would actually speed desirable traits in crops, which would be preferable for those advocating for sustainable agriculture.

He further explained that gene transfer occurs differently for different species. For walnuts, pines or maize or sorghum, the wind transports pollen, increasing the distance over which genes can mingle. For self-pollinating wheat, barley and soybeans, only a small amount of pollen is carried by wind. For other species, such as fruit trees, berries and canola, insects carry pollen from flower to flower, so gene flow depends on the nature of the pollinating insect.

Yet historically, different types of farming practices have coexisted as farmers have simply worked with their neighbors to minimize the impact. There are practices to limit cross pollination. For example, neighboring farmers with different approaches can practice spatial separation of fields, staggered planting dates or planting varieties that are not sexually compatible.

Of course, it’s complicated because pesticide drift and the movement of transgenes through cross-pollination is possible and could threaten organic certification or acceptability for sale to GMO-averse regions, such as Europe or Asia.

But the situation in Australia is different because NASAA’s zero-tolerance policy punishes organic growers for any presence of genetically modified plants on their farms. 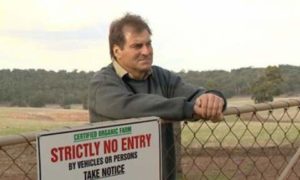 that are close relatives of canola, so no cross breeding occurred. However, eight canola plants sprouted and later weeded out. Despite the obvious lack of actual harm, the NASAA decertified Marsh’s land for three years.

Marsh sued Baxter for the loss of value since he couldn’t sell his crops as organic. He also asked that Baxter be banned from planting any GMO crops in the future.

Last May, the Western Australian Supreme Court concluded that Baxter had done nothing wrong and that the losses Marsh experienced were caused by the NASAA’s zero-tolerance policy. Marsh has appealed the ruling, which will be heard in March.

Matthew Cossey, chief executive of CropLife Australia, said the decision was a “victory for common-sense and confirms the long standing tradition of coexistence of all farming methods.” 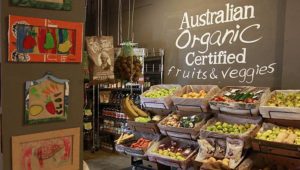 But NASSA still holds that its policy is responsible. It gives consumers—especially those in anti-GMO Japan, China and Korea—confidence that Australia’s organic product is 100 percent GMO-free. It even further asserts that organic farming should be protected by law.

This case would never have been filed in the United States. The USDA Organic program does not have a set threshold for GMO presence in organic food nor is it a zero-tolerance policy for pesticide residue. At the heart of the matter in Australia and other countries, is the misleading “contamination” narrative created by zero tolerance policies. If GMOs are found on organic farms in the US, as long as it is not found to be intentional, the certifying agent will simply investigate how the cross-pollination occurred and give suggestions for preventing it in the future.

Other squabbles over coexistence are taking place across the US. Opponents of genetically modified crops are pushing for legal ways to restrict GMOs amid fears of cross-pollination with non-GMO or organic crops among other things. In recent years, county bans have attempted to stifle growing GMO crops. States and individuals have fought back with right-to-farm laws.

In Oregon, Jackson County passed a ban on growing genetically modified crops in May 2014. GM alfalfa farmers are challenging the legality of that ban based on the state’s “right to farm” law. Alfalfa is a perennial crop with a 10-year lifespan, so under the ban, Schultz Family Farms and James and Marilyn Frink claim they would lose $4.2 million if they tore their crops out this spring.

Last year, Hawaii state legislators used a similar strategy by introducing amendments to the Right to Farm Act in order to block a ban on growing genetically modified crops in Hawaii Country. But in November, a federal judge ruled that the ban was not legal. The bill is likely to resurface this year.

Agroecology, which defends organic practices, has begun calling itself a social movement. Yet a stringent agroecology like Altieri’s conflicts with one of the movement’s main tenets: farmer’s rights.

“Agroecology is more than just a science, it’s also a social movement for justice that recognizes and respects the right of communities of farmers to decide what they grow and how they grow it,” said Mindi Schneider, assistant professor of Agrarian, Food and Environmental Studies at the Institute of Social Studies (ISS) in The Hague.

The question is: Do communities need to agree on one kind of farming or can they agree to coexist? Can the rights of both those who want to grow genetically modified crops and those who choose organic be respected? Can their cooperation be encouraged by better rules?