Worried about eating a bacon burger? That’s orthorexia–Misplaced obsessions of the affluent

Oftentimes, articles written by nutrition neophytes will refer to ‘clean’ eating or ‘clean’ foods. Food scientists and researchers take issue with this framing, because it suggests that if you’re not eating in this specific way, you’re eating ‘dirty’ food which is simply untrue.

In fact, what you should eat and what is ‘good’ for you comes down largely to genetics and thermodynamics.

Let’s take a look at some of the fittest people on the planet: CrossFit athletes. Every year, tens of
thousands of otherwise normal people compete in a grueling multi-month competition designed to 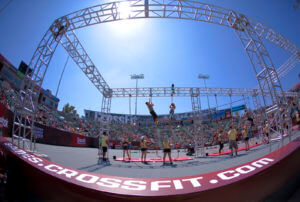 identify those who can, well, work out the best.

What do they eat? Not carbs, that’s for sure. These are paleo-philes. Dine out with a crossfitter and “reach for a piece of bread and they’ll look at you like you have three eyes,” noted Forbes.

One of the staple food items for these individuals performing at some of the highest levels of human abilities is… bacon. That’s right, saturated fat, nitrites, and all. Why would this be? Well, for one, those in this elite group are trying to demonstrate that the closely-cherished opinions about what’s ‘healthy’ are only opinions. They’re putting their performance (and financial sponsorships) on the line to show that these exceptionally-strong reactions to what others are eating are entirely misplaced.

Let’s look at a few outstanding examples of the limits of human performance: Usain Bolt (Olympic sprinter), Michael Phelps (Olympic swimmer) and Rich Froning, (Reebok CrossFit 4x champion). In terms of dynamic performance and athletic output, these athletes are the personification of indefatigable. As I mentioned above, the stakes also couldn’t be higher as each is striving for historic world records and/or has sponsor support riding on the outcome. And what’s one of the variables that they have in common? They eat to perform, and that includes for example, “(Froning) 2 pounds of bacon per week, (Bolt) 20-piece McDonald’s chicken McNuggets prior to a competition, and (Phelps) chocolate chip pancakes, energy drinks, and 6-8 slices of pizza.”

I’ve previously addressed in the Genetic Literacy Project the debate over misplaced notions of what is or is not a GMO, the lack of nutritional difference between conventional and organic produce, and I’ve supported the falsification of the lipid hypothesis. When food is consumed and digested, it cannot be used until it has been mechanically and chemically reduced to sugars, peptides and fatty acids. Extra processing and refinement can yield simpler carbohydrates, which have a higher glycemic index and will therefore raise blood sugar more rapidly than more complex carbohydrates.

This is easy to see in conditions in which a patient has a continuous glucose monitor that he or she is wearing for diabetes support. But to consider that processing or high glycemic index is synonymous with ‘bad’ is entirely incorrect. In fact, our brains can only function by being supplied with glucose. Period. There is an evolutionary reason why we’ve developed to consider that sweet foods taste ‘good’ – because they contain high levels of sugar. And while this is largely fructose and glucose in the case of fruits, fructose and glucose are the exact same constituents of table sugar.

Fructose is transported to the liver for metabolism (called fructolysis) and glucose is absorbed into body cells by insulin to supply the brain with energy. About half of the sugars in fruits cannot be used by the brain without being processed by the body. If we consume milk or cheese for protein, or fish, or beef, or pork, or eggs, our bodies don’t use them as-is; they are digested into their constituent polypeptides and then amino acids. And regardless of the source of the peptides, our bodies recognize the nutritive value of the protein source only as the 22 amino acids, which each of those food sources contain.

Because different food sources contain different trace minerals and micronutrients (such as phytonutrients and flavonoids), it’s always a good idea to eat a variety of food sources, but the fact remains that the median life expectancy is more than double what it was at the turn of the 20th century and the best athletes in human history frequently enjoy fast food and many food choices that orthorexics would look down upon. For the simple fact that with so much abundant health on average within our societies, it becomes popular to develop counterposed stances to the status quo.

In all actuality, that’s a good thing: we’ve come to understand some scientific advances throughout 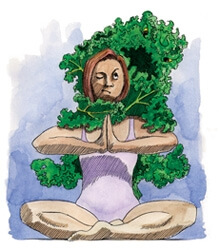 time by challenging past notions and supporting a new direction with evidence. But that’s not always how it works. Oftentimes rigorous scientific inquiry yields results which build and evolve directionally with more and more evidence. And let’s not forget that the freedom and health to even elaborate such ideas is because of our access to good and healthy food products.

This is a similar irony to the anti-vaccination fringes undermining society; They only have the capability to audaciously turn their back on smart healthcare because of the freedom from disease afforded by mass immunizations practiced over most of the last century. It’s similarly become very fashionable to get overly-focused and concerned over what food choices we have; and it’s only because of our current choices that we even have the longevity and freedom from disease to even contemplate our choices.

Ben Locwin, PhD, MBA, MS is a contributor to the Genetic Literacy Project and is an author of a wide variety of scientific articles for books and magazines. He is also a researcher and consultant for a variety of industries including behavioral and psychological, aerospace, food and nutrition, pharmaceutical, and academic. Follow him at @BenLocwin.