Why Americans respond to drug placebos more than any other nationality

What if I told you that Brazilians experienced a different (worse) placebo response during a clinical trial for an anti-ulcer drug compared with Germans?

Or how about that 200 British patients were given one of two statements from their doctors: Either that the patient was told that he/she “would be better in a few days.” Or that the physician “cannot be sure what is the matter with you.” In the ‘positive’ counseling session group, 64 percent completely resolved spontaneously within two weeks, in the ‘negative’ counseling session group, 39 percent had the same resolution experience.

I’ve been involved in many advisory committee meetings about the placebo effect–how to better understand it, characterize it, and modulate it. But much like trying to grab water, the placebo effect phenomenon is slippery and amorphous; just when you think you understand one component of it, you discover new things about it.

Where you are seems to matter

In new research on this regionality effect, results seem to indicate that the magnitude of the placebo effect  is not only increasing over time (as I discussed here), but also that the United States tends to have stronger placebo responders than in other regions of the world. This was found in a review of 84 studies spanning the years 1990-2013 of novel analgesics (pain relievers). 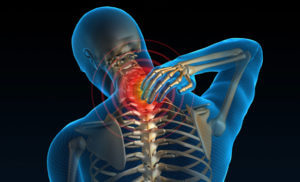 Perhaps this is a component (so-far unresearched) regarding the impact of birthplace on placebo effect. Social mores have a great deal of influence in many of the behaviors we engage in while in social groups. As such, variables such as how the society at large in a given region perceives healthcare, superstitions and religion, social hierarchies, and other factors could all impact the outcome. There’s an entire branch of neuroscience devoted to religion in the brain (neurotheology), and it’s very likely that correlated looks at fMRI or PET scans would show similarities when people are experiencing the placebo effect as when religious individuals are experiencing something spiritual to them. After all, a major underpinning and required component of both placebo and faith is the presence of some form of preparatory ritual.

A thorough piece on the general magnitude and effects of placebo can be read here. In the case of the Brazil vs. Germany example in the introduction, it was also true that patients in Germany had the lowest placebo effect for trials involving hypertension treatments. The placebo effect varies not only in different regions around the world, but also by condition (disease) within each country.

The placebo effect seems to have a moderating geographic variable — meaning that where you live has some effect on reported placebo levels. This means that areas of the world with very homogenous populations (i.e., places with limited ethnic diversity) would be good places to test the impact of isolated genetic effects on the placebo phenomenon (for example, a strong placebo response to pacemaker implantation was found in Sweden). Conversely, areas with very heterogenous (i.e., ethnically diverse) populations would be better for testing the impact of socialized response effects on the placebo phenomenon.

One could further hypothesize that different global regions may also have certain fluctuations in epigenetic markers that may be evident in placebo research. It’s a valid hypothesis but finding a way to isolate and measure regional effects on epigenetics has been enormously difficult to do in practice so far. Even trying to mimic or recapture some geographic effects seems to be related to placebo: A recent Danish-Swiss study showed that altitude training to improve oxygen capacity produces no actual effects beyond placebo.

How much you spend seems to matter

Research also suggests that the cost, or expected cost, of a medication is related with higher outcomes of placebo response. In particular, patients with Parkinson’s disease who received a treatment injection that they were told cost $1,500 reported it as more effective than those who received an injection that they were told cost $100. The rub: Both groups received sham treatments of pharmaceutical-grade saline. If valuation of items is linked with the dopamine reward-approach systems of the brain, then it may make sense that price and expected value (or utility) of a therapy causes people to feel better. 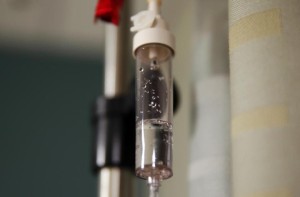 Research has in fact shown in this field that placebo effects may be influenced by the way certain signaling molecules in the brain and body respond to pain and reward — or the expectation of certain experiences like pain and reward. Maybe this is actually extremely logical — when identical (inexpensive) wines are tasted by raters and then put into more exotic or expensive wine bottles, the raters score the taste as significantly higher. If placebo works with wine tasting, why not patient-treatment outcomes? These would be components of the subject-expectancy effect, where having certain expectations of an intervention inextricably leads to similarly-reported results.

If different people process reward differently, there should indeed be a genetic effect

Differences in reward-seeking behaviors between people are governed in part by the dopamine system in the brain. There is robust evidence linking certain genotypes with addiction, whether it’s gambling, alcohol, drugs, or other pursuits. If genes can modulate those behaviors and the reward they provide to their experiencers, why not placebo too? Kathryn Hall, at Harvard Medical School and Beth Israel Deaconess Medical Center in Boston, has published research with her colleagues which “strongly support the idea that genetic signatures for placebo responses exist,” but added that the findings are very early in nature.

To take advantage of these new findings will take refinement of the field of precision medicine. Precision medicine seeks to target certain diseases and populations with exactly the treatment that will work best for certain genetic profiles. 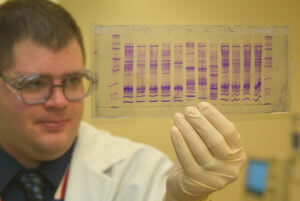 This will be based on how certain drugs work for certain individuals. But there is also the added component of how certain genetic profiles are associated with the placebo effect. This will require the ability to genetically profile patients, then measure the drug effect separately from the placebo effect (and remember that it’s condition-specific, too). Remember – If a drug can’t ‘beat’ the effect of placebo, it cannot be marketed and released to the public. It’s a complicated endeavor, but it will give precise values for how certain people respond to particular drug molecules. And also, how they also are exhibiting the placebo effect for a particular disease and under a drug treatment for it. It will be several years in the future, but the future of drug clinical trials – and the population – will be better for it.

Ben Locwin, Ph.D., M.B.A., M.S. is a contributor to the Genetic Literacy Project and is an author of a wide variety of scientific articles for books and magazines. He is an expert contact for the American Association for the Advancement of Science (AAAS) and also a consultant for a many industries including biological sciences, pharmaceutical, psychological, and academic. Follow him at @BenLocwin.