CRISPR technology can now wipe out a species of malaria-carrying mosquitoes in Africa–but will the anti-GMO movement prevent scientists from saving millions of lives each year?

You may have heard of CRISPR, a hot new gene-editing technology that allows scientists to specify a target (a specific sequence of DNA) and cut and edit that site. This has made gene editing cheaper, easier, faster and more specific than ever–and it’s opened a lot doors. For example, editing specific genes in cell lines to study disease; creating pools of gene deletion to learn more about cancer; and, notably, preventing disease-spreading organisms from spreading deadly pathogens. It looks something like this: 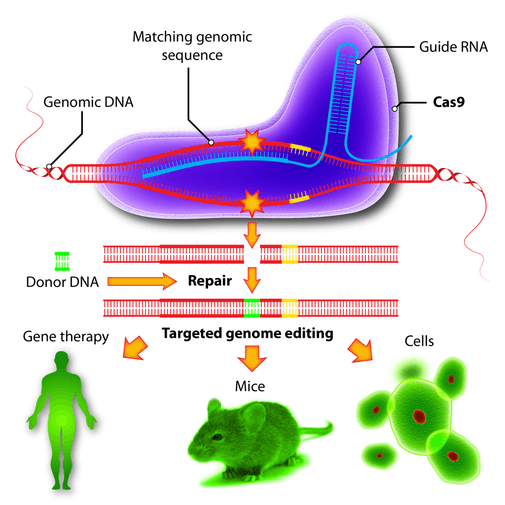 And, interestingly, the idea for CRISPR came from something that was already happening in nature, anyway. If you want to hear the best explanation of CRISPR I’ve heard so far, it’s this one, via RadioLab:

A November 23, 2015 Proceedings of the National Academy of Sciences (PNAS) paper out of the University of California, Irvine used a controversial method called “gene drive” to ensure that Anopheles stephensi mosquitoes (which had been genetically modified to have malaria resistance) would pass their resistance down to all of their offspring. Models by Valentino Gantz et al. predicted that the malaria-resistant gene would completely pervade the wild population within ten generations — or, roughly, three to four months. Awesome!

Except, here’s the thing: malaria is highly adaptive. It’s crafty and sneaky and evolves quickly. Ten generations of mosquito reproduction may be enough for the plasmodium parasite (which causes malaria) to evolve resistance to the malaria-resistant mosquito, meaning that this amazing solution to one of the world’s most deadly diseases…could flop.

But today, a new paper in Nature Biotechnology revealed a new gene drive solution that could completely eliminate Anopheles gambiae, a different species of mosquito that spreads diseases across sub-Saharan Africa — without the dangerous use of pesticides. Here’s how it works:

The “goal” of any gene is to propagate itself–and it usually does this by improving the whole organism so it can have more reproductive success. But there are some naturally-occuring “selfish genes,” which propagate themselves, sometimes to the detriment of the species. They don’t benefit the organism as a whole, but they persist, because they benefit themselves.

(One example of this is a transposon, a chromosomal segment that can undergo transposition, especially a segment of bacterial DNA that can be translocated as a whole between chromosomal, phage, and plasmid DNA in the absence of a complementary sequence in the host DNA.) 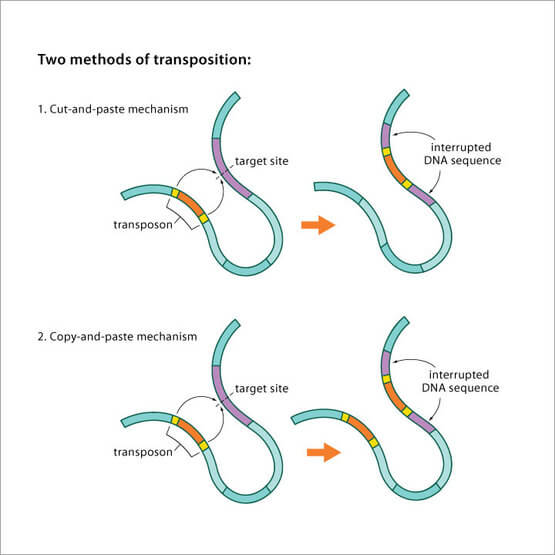 Because of CRISPR, we now have the ability to create “gene drives,” or artificial selfish genes. As long as the selfish gene doesn’t kill individuals right away, the selective advantage of the gene drive is so high that it doesn’t matter if it’s a detriment to the individual.

Using this principle, Hammond et al. determined what genes cause infertility in female (but not male) Anopheles gambiae — then edited the genes of male, creating a gene that causes infertility in females and can create two copies of itself in every offspring. In other words, the daddy gene cuts an allele in the mom’s DNA, and replaces it with his genetically modified one. If allowed to mate with the wild population, the engineered males will transmit the gene to wild females. All female offspring will be infertile, and all males offspring will keep passing on the gene drive to the wild-type females.

Because every offspring is a homozygote, this gene will sweep the population extremely quickly — and because the ultimate result is the elimination of the species, there is little chance the plasmodium parasite will evolve resistance.

Hence wiping out the species. Hence saving millions of Africans per year. Here’s an image from Scientific American: 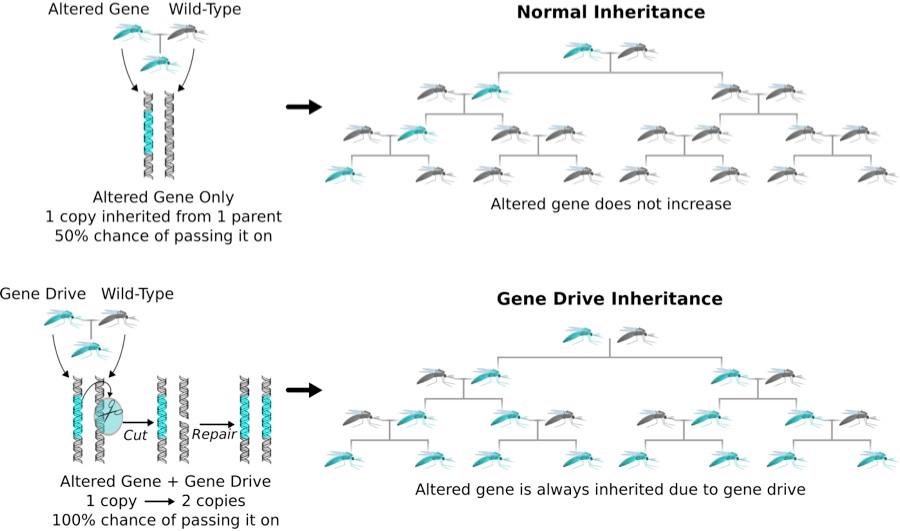 Obviously, there are ethical concerns here. And we should think about them very carefully. Some people think wiping out an entire species is wrong — even though we’ve already wiped out malaria carrying mosquitos in both the U.S. and Italy. We’ve benefitted immensely from not having malaria here. Except the way we did it was with the massive use of DDT, which also killed other insects and birds. There was a huge negative environmental impact, which could be completely avoided using the gene drive/CRISPR method.

The ecological impact is also worth discussing. Every ecosystem is in a delicate balance. Eradicating a species could have effects that are hard to predict — for example, when sea otter populations began to decline in Alaska in the 1990s, sea urchin populations (sea otters’ primary prey) exploded, and began stripping large areas of kelp forests.

However, the human toll should be considered heavily in this debate. The cost of doing nothing — of having the technology to save lives, and sitting on it — is allowing millions of people to die each year we procrastinate implementing this technology. History has already shown the toll this can have.

Golden rice, which is enhanced to produce the vitamin A precursor beta-carotene, was developed to prevent blindness and death in Asian populations. By 2002, animal testing had demonstrated zero health risks; financial interests had been handed over to a non-profit organization (meaning “big biotech” would not profit from its use); and the technology was in place to save millions of people from dying and thousands from going blind due to vitamin A-deficiency.

Yet golden rice is still not in use today, partly due to “efforts” by “activists” at Greenpeace that are not dissimilar from terrorism. Two agricultural economists, one from the University of California, Berkeley and one from the Technical University of Munich, have calculated the cost of this opposition, measured in human health. Their results are horrifying. 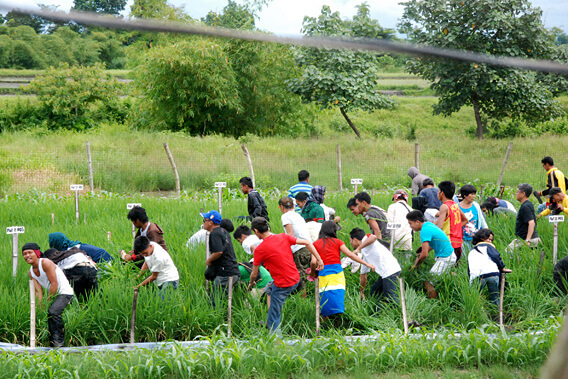 Justus Wesselera, German agricultural economist and professor of Agricultural Economics and Rural Policy at Wageningen University in the Netherlands, and David Zilberman, Professor and Robinson Chair in the Department of Agricultural and Resource Economics at the University of California, Berkeley, estimate that the delayed application of Golden Rice in India alone has cost 1,424,000 life years between 2002 and 2013 This accounts not only for humans (mostly children) who died, but also for the blindness and other health disabilities that Vitamin A deficiency causes. Again, the majority of those who went blind or died because they did not have access to Golden Rice were children.

But here’s the most sickening thing, though. The people who oppose genetic modification are not starving Indian children. They are not African mothers whose children have all died of malaria. They’re not even scientists who have spent their lives studying genetics and intimately understand how the technology works.

They’re privileged white people in America and Europe. They have a stable food supply, doctors, medicine, and a relatively disease-free existence. They don’t have degrees in science — but they do shop at Whole Foods! Which, to them, means their ignorant, uninformed fears are more important than Black lives.

Police brutality in the U.S. sucks, and I sincerely hope the #BlackLivesMatter movement can help save the lives here at home. But right now, we have technology that can save millions of lives across the globe — and we need to figure out if, when and how to use it.

Please Tweet, Like, and Share this important information — but if you’re going to try to debate me in the comments, please back up your argument with data, science and scholarly research.

Co-written by Eva Glasrud (@thehappytalent), founder of Paved With Verbs, and Justin Smith (@justinsnoofer), a PhD student at Stanford University who is specializing in CRISPR.