Author and statistician Nassim Nicholas Taleb, author of The Black Swan, recently tweeted his support of homeopathy, with a series of statements: 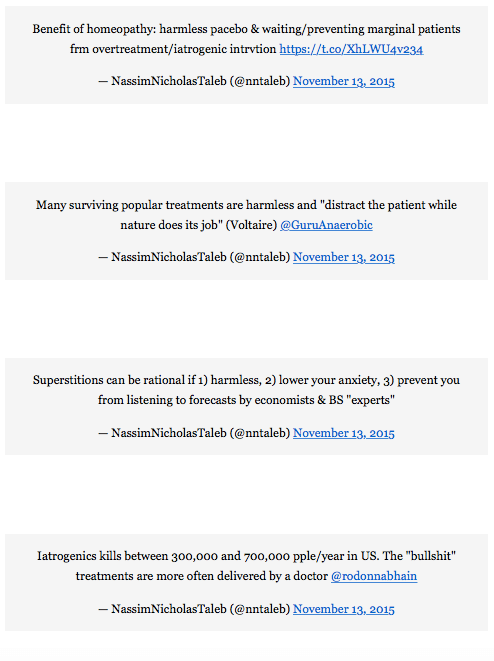 Cory Doctorow at Boing Boing picked up on the tweets, writing that Taleb (who had previously raised eyebrows with his positions on GMOs) had “crossed a Rubicon” in support of fake science with these statements. . .

Taleb’s position reminds me a little bit of Chris Arnade‘s regrettable 2013 piece on atheism and religion. Yes, belief in this fake thing may be utterly false. Sure, I may know a better way. But maybe those people need a superstition to bide them over; maybe they just can’t handle the truth.

That kind of thinking smacks of a patronizing superiority, combined with a thoroughly defeatist attitude. It suggests that quackery is necessary because the problem of dealing with reality is just too big or difficult for some people.