Concussion risk: How much weight should genetics carry

On Christmas day, Sony released its much anticipated film, Concussion. The movie is a biopic based on the life of Dr. Bennet Omalu, a forensic pathologist, who struggled against the National Football League to bring to light a possible connection between playing football and chronic traumatic encephalopathy (CTE)— progressive brain damage from repeated head trauma.

The film and the anticipation of its release is a sign of the times: although football remains the preeminent sport in America, concerns about concussions and whether our children should play this
violent, but entertaining sport, is hotly discussed.
In the past few years, many products have been introduced that claim to reduce the risk of concussions, including helmets that purport to soften collisions and sensors that aim to measure the severity of each impact an athlete sustains while playing.

But are these measures enough? What if a young athlete is more genetically inclined to suffer head injuries and recover from them more slowly? In fact, mounting evidence now suggests that genes may also play a vital role in an athletes susceptibility to and their ability to recover from a concussion. However, there is still a 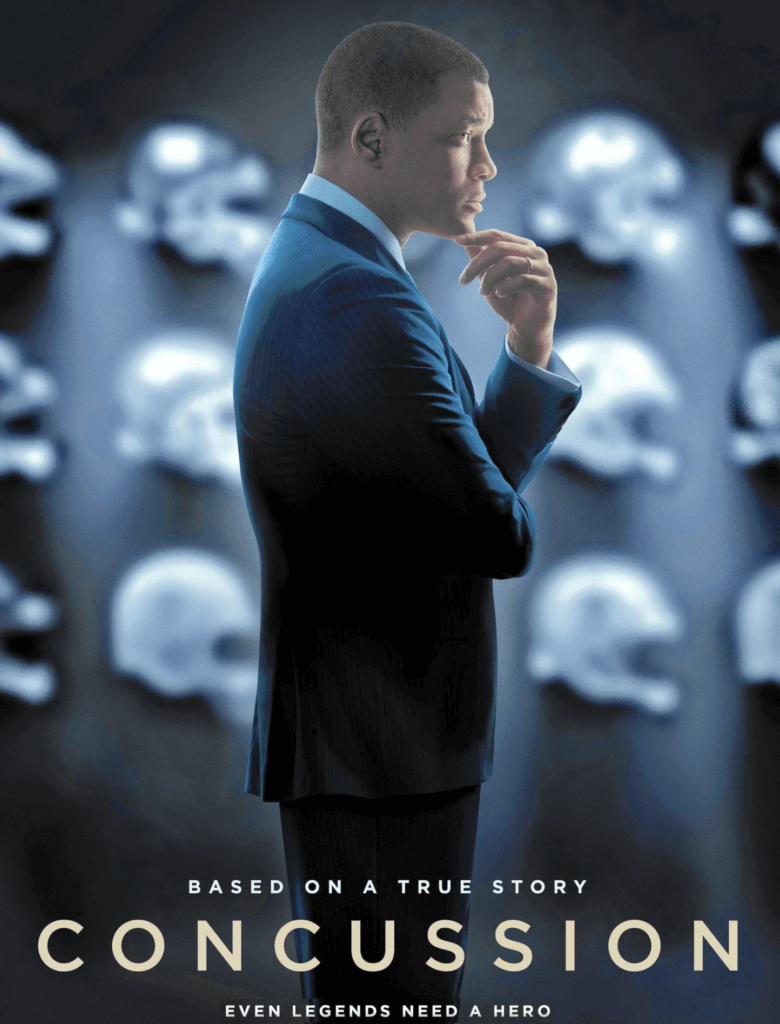 debate on how much weight these genetic factors should be given when assessing an athlete’s concussion risk.

This is particularly important for parents of young children who are trying to decide whether to allow their child to participate in high impact youth sports, like football and hockey. Youth sports are an inherently good thing as they teach many important social skills—teamwork and competitiveness—and they also help fight obesity by keeping kids active. For parents trying to decide which sport to enroll their child in, the potential for head trauma and the potential for long term neurological issues is now a serious concern.

What is a concussion?

The main obstacle to studying an athlete’s concussion risk is that there is currently no way to definitively diagnose these injuries. Concussions are actually an injury characterized by a change in the way the brain functions. Contrary to popular belief, these injuries are not linked to detectable structural changes, which complicates the science. A CT scan can diagnose other brain traumas but never a concussion. Some day there maybe more sensitive scans or blood tests that can detect these changes, but as of today these screening products do not exist.

Currently, a concussion is diagnosed by a physician who must take into account a variety of symptoms and factors such as the type and severity of the hit. This is not an exact science. Many symptoms are very nondescript: confusion, clumsiness, dazed appearance, and mood and behavior changes. Symptoms like memory loss and unconsciousness, although symptomatic of a concussion, actually only rarely occur. Further complicating the issue is that symptoms don’t necessarily have to begin shortly after the impact. They can appear hours or even days later.

But diagnosing a concussion is vital for minimizing the potential for what is called second impact syndrome (SIS) which occurs when a person sustains a second concussion, but has not yet healed from the first concussion. In contrast to the first impact, the effects on the brain of SIS are structural in nature: the body loses the ability to regulate pressure inside the cranium. This leads to swelling and possible herniation. The onset of SIS on the order of minutes and is frequently fatal.

Despite the lack of detectable changes in the brain from the initial concussion, the dire consequences of SIS makes it clear that the brain needs time to heal at the cellular level. This is where the genetics come in. Several genes have been preliminarily implicated as involved with neuron repair during the post concussion state, of note are those that code for proteins that regulate calcium influx into neurons. Recent work on particular alleles of the NMDA receptor (an important receptor for a neurotransmitter which when activated serves as a calcium channel) have shown that certain versions of this ion channel may prolong recovery time.

The main gene that has been studied is apolipoprotein E (APOE) which is well known for its connection to Alzheimer’s disease and the amyloid plaques. Normally, APOE produces a protein that is involved with cholesterol and fat metabolism and transport throughout the body. In the brain, it is secreted by the glial cells—the cells that nurture and repair the functional neurons—however APOE’s exact role in the brain is still quite controversial. It has been theorized that it is vital to neuron repair, an idea that is supported by the fact that axons (the part of the neuron that sends messages) is covered in a cholesterol based molecule called myelin.

We do know that three variations of this gene exist: ε2, ε3, and ε4. The version that appears to be important in concussion risk is the last one, ε4, which has an estimated distribution in the population of about 25 percent. Several studies have found a link between carriers of this variant and chronic traumatic encephalopathy.

This has led to an emerging belief that possessing this allele predisposes a person to sustaining a concussion as well as predisposing them to an extended recovery time. In fact, one company—Simplified Genetics— is so convinced of this link they now offer a genetic test to allow parents to find out if their child is a carrier of ε4. The company believes they are helping parents asses the risks of their child sustaining a concussion: if the test comes back positive for ε4 it is yet another piece of information that parent can use in making the decision on whether to let their child play a high impact sport. But Simplified Genetics may be missing a key point here: what if ε4 has nothing to do with concussions?

There are several issues with making the assumption that APOE is involved with post-concussion repair in the brain the first of which is, as described above, scientists still cannot definitively diagnose a concussion. Any study on this topic uses the phrase “physician diagnosed concussion” which means a doctor must sort through a variety of symptoms and make a call. But inevitably this will lead to some concussions being missed, or more likely in our current state of heightened awareness, concussions being over-diagnosed. This makes it hard to trust studies that compare “non-concussed athletes” to “concussed” ones as both groups may be tainted with members of the opposite group.

Furthermore, no study has yet to conclusively show a direct role for any allele of APOE in concussion repair. All of the supporting data for this relationship are correlative and generally of very small sample size. While there are several studies that support the relationship, not all of them do support this existence of this link. Many studies have found no link between prolonged concussion recovery and carrier status of ε4 allele. If the latter turn out to be correct, Simplified Genetics may be selling a genetic test that is as predictive of concussion risk as a test for eye color genes.

In a recent New York Times editorial, Dr. Omalu called for a ban on high impact youth sports until children were old enough to make the decision to subject themselves to the risks of head impact sports. He proposed waiting until a child is between 18-25 before they make this decision. However, this is not a realistic goal as it ignores the many benefits of youth sports, as well as the fact that all youth sports have concussion risks. Instead we must do a better job of arming parents with information and resources on the risks of their child sustaining a head trauma so they can make an informed decision. Unfortunately, at this point the science and data appear to preclude genetics from this discussion.