Do you or does anyone you know take a probiotic supplement? Is it to try to resolve digestive symptoms?

Anecdotally, many gastroenterologists say that complaints about digestion in the general public far outnumber reports that digestion is not an issue. And perhaps this is unsurprising. Gastroenterologist Donald Kirby, director of the Center for Human Nutrition at the Cleveland Clinic says, “From an MD’s standpoint, [the digestive system] is a very gray area. Physicians don’t know enough about the gut, which is our biggest immune system organ.”

Unfortunately, when people feel like they have symptoms which their primary care physician doesn’t understand or has trouble resolving, they tend to make an appointment with ‘Dr. Google’ and “research” their symptoms on their own. There has been a phrase trending on unscientific websites and blogs — ‘leaky gut syndrome’ — and it’s been a new catch-all for vague health concerns and stomach-related problems.

Alternative health and food activists (like the Food Babe, Dr. Oz and Dr. Joe Mercola) all claim that food-related stomach problems are increasing dramatically due to what they refer to as ‘leaky gut syndrome’ caused by GM foods and other aspects of the modern diet and lifestyle. According to the Gluten Free Society, “overwhelming evidence shows that these foods cause leaky gut syndrome, heightened food allergies, autoimmune disease, and a number of inflammatory health issues.”

Unfortunately, there is more scam than science to these claims.

Jeffrey Smith, the proprietor of the anti-biotechnology outfit ironically named ‘Institute for Responsible Technology,’ headlines his analysis: “Are Genetically Modified Foods a Gut-Wrenching Combination?” Smith, whose prior background was as a ballroom dance and flying yogic instructor, claims, “Bt-toxin, glyphosate, and other components of GMOs, are linked to five conditions that may either initiate or exacerbate gluten-related disorders.” Please note: The Celiac Disease Foundation, among numerous reputable organizations, have dismantled Smith’s claims.

Let’s be clear: the variety of symptoms that many people have taken to lump together and call “leaky gut” are real. But it is not an official medical diagnosis. Rather, it’s a description of stomach related issues that require a differential diagnosis. There is not one cause of this broad array of problems. Different diagnoses could result in substantially different treatments.

Gut microbes — the bad and the good.

The microbes you carry with you not only can contribute to illness, but literally keep you alive. From helping with the digestion of food to the strengthening of your immunity and preventing certain pathogens from invading or overgrowing, we have evolved commensally if not symbiotically with these organisms throughout history. Even in our modern era, human gut microbes influence how drugs are metabolized, and can impact the dosing needed to elicit a beneficial effect. And the evidence has been mounting about all the other ways in which our intestinal flora (gut microbes) influences everything from health to behavior.

This may not be too much of a stretch, considering that serotonin — the very molecule that most antidepressants try to modulate — is created in large concentration (most of if, in fact) in the gut. Microbes outnumber our ‘own’ cells by 10-fold, and they carry a genetic diversity of 150 times more genes than in our own human genome.

Now researchers from Italy have published evidence demonstrating an association between higher quantities of pathogenic intestinal microbes (Campylobacter, Yersinia, Salmonella, Shigella) with increased severity of heart failure. This relationship was shown to be progressive in nature — that is, those with ‘mild’ heart failure results tended to be associated with lower concentrations of pathogenic gut microbes than those with ‘moderate to severe’ heart failure. 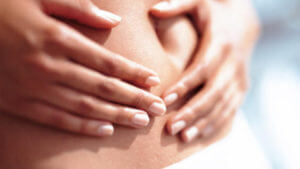 The direction of causality matters. It may be that the pathogenic organisms lead to intestinal permeability and increased probability of disease. Or it could be that decreased cardiac function leads to bowel-wall edema and reduced function of the intestine’s ability to create an adequate barrier. The connection between heart disease and bowel-wall edema leading to reduction in intestinal barrier function has been known for a long time. But for the first time this research highlights the connection between heart failure, hyperpermeability of the intestines, and an abnormal intestinal microbe environment. Intestinal hyperpermeability can be experienced by patients with celiac or Crohn’s diseases (and other autoimmune disorders).

The sample size in the study was just 80 people, and heart failure measurements have very little discriminatory power (meaning the ranges between different classifications are rather unreliable to measure), so continued research in this area will no doubt probe this relationship more deeply to determine other associations. Interestingly, certain cardiac drugs can be inactivated by intestinal bacteria. The bacterium Actinobacterium Eggerthella lenta has been found to reduce the effectiveness or inactivate digoxin, which is a cardio-reactive drug used for certain heart conditions like atrial fibrillation and heart failure.

New preclinical research has shown some evidence that inhibiting intestinal pathogens can also prevent or reduce atherosclerosis. Intestinal pathogens that grow out of balance from a normal healthy state can cause what is called ‘intestinal dysbiosis.’ How we eat has an effect on the microbes present in our digestive tract, which in turn also influences immune responses and disease.

Reducing or reversing intestinal dysbiosis by consuming healthy strains of bacteria (probiotics) could be a beneficial adjunctive treatment alongside traditional drugs to help people restore proper balance in their intestinal microflora. As more and more research is done on gut microbes, it’s clear that this aspect of human health and longevity was overlooked for a long time (so important is the mucosal immune system, that the gut microbiome has been called ‘the forgotten organ’). Now it’s quite revealing to see the ways in which optimum health really is a holistic and systemic issue, and one of healthy balance.