Link between inflammation and cancer

Each of us has a calculable risk of cancer, but beyond the misfortune of actually developing cancer, the precision of these estimates is very low. You may hear that you ‘have a 20 percent – 50 percent chance’ of developing a particular type of cancer in your lifetime based on your family history and lifestyle factors. Or you may hear a rather unhelpful statistic such as ‘you have about a 50 percent risk’ of developing [fill in the blank] cancer. So basically there is a coin flip’s chance (50/50) that you may develop this type of cancer. Or that you won’t. These are enormously broad population-scale likelihoods, and if applied to a group of say 10,000 people, it means that 5,000 (+/-) will develop that particular cancer. But also that 5,000 people (+/-) won’t. 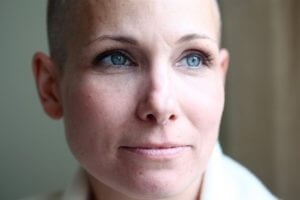 The behavioral economics of such a weighty and imprecise decision to be made are quite interesting: Do you avoid certain lifestyles and behaviors, even though that may not help you avoid cancer anyway? Or do you continue doing things that may contribute to your risk factors, knowing that if you develop cancer you’d have a hard time NOT blaming yourself.

Well, one thing’s for sure: The field of cancer research has advanced enormously over the past few decades, and so the causes of some cancers are better known, treatments are more precise with greater survival and fewer side effects, and we continue to know more every day.

Recent research bolsters some things we’ve known for a while in the field: Oftentimes, as much as it may seem otherwise, cancer occurs in response to a contributing factor in addition to a (or several) cofactors. For example, when looking at the relationship with human paillomavirus (HPV) and certain cancers, the presence of HPV is not the only factor. Human papillomavirus can contribute to cancers of the cervix, mouth and throat, the skin, and other types. But the mediating risk factors include things like underlying genetics, alcohol consumption frequency, smoking, and sun (ultraviolet light) exposure. There are countless research examples of skin tissue which has detectable HPV, but is not cancerous. Over time, however, the accumulation of these adjunctive factors raises the probability that cancerous cell proliferation will result. 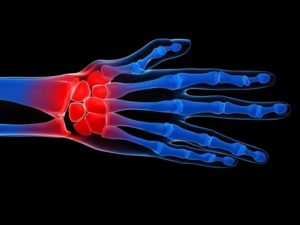 New research from the Massachusetts Institute of Technology gives further evidence that inflammation is related to cancerous processes. But that alone isn’t the whole story – the study authors found reason why inflammatory processes drive the development of cancer, and how the effect seems to also relate to the timing of exposure. The senior researcher in the finding observed, “…you do get synergy between cell division and inflammation-induced DNA damage, but in these studies there was only a mutation risk if there is chronic or repeated inflammatory responses.”

What this means is that inflammatory processes will often be accompanied by DNA damage; Now if the body has sufficient time between inflammatory bouts, it can most often repair the damaged DNA without mutations and abnormal cell growth occurring, which precedes cancerous proliferation. But if the periods are more chronic or with less time in-between, the proliferating cells, which are more susceptible to DNA damage, can be adversely affected. Another major factor the researchers looked at was the presence of DNA-alkylating agents during cell division. Alkylating agents are used in a variety of products that we are frequently exposed to.

As above, in small doses periodically spaced, the body’s DNA repair mechanisms are able to efficiently contend with the damage. However, in inflamed tissues exposed to alkylating agents, the alkylated DNA bases became too overwhelming, and cell mutations were detected that could cause cells to become cancerous. Extending this logic as the authors did would mean that individuals who were experiencing inflammation of some sort, or with a chronic inflammatory condition, would be more susceptible to DNA-induced cell mutations contributed by carcinogenic cofactors.

Another line of inquiry made clear by more of this supportive research, is that while food, drug, and cosmetic safety and other toxicological studies are done (oftentimes) in healthy adults, the parameters of concern would likely be different in young and developing children (where cell proliferation is more rapid), as well as those individuals who had existing inflammatory effects.

Ben Locwin, Ph.D., M.B.A., M.S. is a contributor to the Genetic Literacy Project and is an author of a wide variety of scientific articles for books and magazines. He has also worked in clinical trial oversight, virology and immunology, vaccine development, statistical analysis, and toxicological policy. He is a consultant to many industries including food and nutrition, behavioral economics, pharmaceutical, psychological, and academic. Follow him at @BenLocwin.