Palm oil, an edible vegetable oil derived from the fruit of oil plans, is found in a slew of household products, cosmetics and many foods, particularly snack foods. It’s a common cooking oil in Africa, Southeast Asia and Brazil. And it is being widely considered as an alternative to the natural fossil fuels that are rapidly running out, as a form of biofuel in the transport industry.

But there are environmental downsides that have fired the ire of activist groups. The high oil yield has encouraged wider cultivation, leading to the clearing of rainforests in parts of Indonesia in order to make space for oil-palm monoculture. That’s threatened the habitat of some animals, particularly the orangutan. According to environmental NGOs like Friends of the Earth International (FOEI) this deforestation also contributes to a number of issues, including climate change:

Deforestation is responsible for some 10-15 percent of global greenhouse gas emissions – more than the combined emissions from all the cars, trucks, trains and buses in the world each year combined

There are also claims that deforestation has also contributed to violence and human rights violations in these region:

The palm oil monitoring group SawitWatch has identified 663 ongoing land disputes between palm oil companies and rural communities in Indonesia. In too many cases, private armies and paramilitaries have been deployed and people have been killed. Many industrial palm oil plantations also rely on the use of forced and child labor. In Malaysia and Indonesia, child labor has been documented and allegations of modern-day slavery on plantations across Malaysia and Indonesia are common.

Many environmental groups say the best way to resolve this problem is for businesses to commit to only using “deforestation-free, conflict-free vegetable oils.” But there is another solution that could be instituted more quickly and far more comprehensively — one which these same environmental NGOs vociferously opposed: genetically engineered palm oil, and similar substances, using synthetic biology. What are the criticisms and do they have merit?

Why palm oil is important 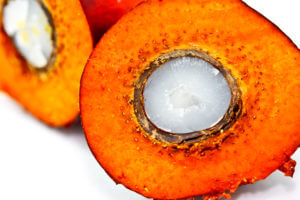 Oil palm trees produce palm oil. Simple enough. Palm oil is a type of a vegetable oil that has a few significant qualities (low cholesterol, solid at room temperature) that make it very desirable to manufacturers. How desirable? Currently, an estimated 50 percent of household products are made with palm oil, including: ice cream, baked goods, shampoo, cosmetics, cleaning agents, washing detergents and toothpaste. It is currently the world’s most widely traded vegetable oil and its ubiquity makes it very lucrative for farmers, particularly those in Indonesia.

While palm oil plantations are not new, the demand for oil palm has been on the rise. According to FOEI, the FDA’s decision in 2006 to label all products containing trans-fats sparked much of this new demand. Food manufacturers turned to oil palm as a perceived healthier alternative. Also, the EU’s 2010 decision to blend all transportation fuels with biofuels has also contributed to the increase in palm oil demand.  Vegetable oil (including palm oil) consumption has increased 5 percent every year for more than a decade. The result has been a devastating amount of deforestation in Indonesia:

Nearly 90 percent of global production comes from Indonesia and Malaysia where 55-60 percent of palm oil expansion since 1990 has occurred at the expense of native rainforests. The Indonesian government plans to convert some 45 million more acres of rainforests – an area the size of Missouri – into palm oil plantations by 2020.

What’s the GE solution? California based Solazyme has developed a microalgae that produces a similar oil. Jill Kauffman Johnson, Global Sustainability Director for Solazyme, explained in an interview with Public Radio International the straightforward system:

We feed sugar, and the algae, and then put that all into a large fermentation tank. The algae then convert the sugar into oil, and it allows us to produce large amounts of oil in a matter of days.

Solazyme aren’t the only ones working on a synthetic biology alternative to palm oil production. Researchers at the University of Bath in the United Kingdom have engineered a yeast that’s usually used in wine making to produce a similar to palm oil.

Related article:  GE regulation: More may be necessary, but need not inhibit innovation

The idea is not revolutionary though. In the 1970s, researchers engineered the bacterium E. coli to produce human ins 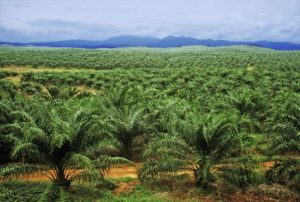 So what does FOEI, and other environmental NGOs like Biofuelwatch, disagree with about these organisms? In a recent document, they outlined their dissenting opinion. Some of their criticisms are just simply fearmongering:

The term Synthetic Biology covers a range of extreme forms of genetic engineering— such as creating ‘artificial DNA’ or making multiple changes to the genome, for example to create algae, bacteria and yeast with a very different metabolism from what is found in nature, e.g. ones which can produce different chemicals, or which can compete better against other microorganisms.

But there is nothing inherently ‘extreme’ about synthetic biology. It generally refers to using biological systems (usually organisms) to produce some natural product. All organisms make lipids, and oils are simply a type of naturally occurring lipid. Programming an organism to make a lipid is consistent with what these organisms do naturally anyways.

They also cite the precautionary principle, noting that we don’t know enough about all the microorganisms on the planet to alter their genomes. They back this up this claim by pointing out that we can only culture about 1 percent of soil microorganisms. But it’s unclear why that matters. Why do why need to know about every microorganism to work with just a couple of species? The UK scientists used a well studied yeast, Metschnikowia pulcherrima, that has long been used wine production. Scientists should certainly extensively study the organisms they want to alter, but knowing everything about every distantly related organism is the type of overkill that holds back promising solutions and scientists.

FOEI and Biofuels Watch are also worried about the consequences of a bioengineered organism being released into the environment:

So what will happen if such GE microbes escape into lakes, soils and other ecosystems? Could they harm soil fertility, plants or animals? Could escaped algae engineered to produce more oil, for example, cause environmental pollution? Nobody knows, and there is virtually no research into the risks.

Accidental releases are a real, if remote possibility and there have been some troubling releases of pathogens recently. Last year, the U,S. Department of Defense accidentally sent anthrax to labs in 50 states and nine countries. In 2014, unauthorized vials of small pox were found in a cold storage room belonging to the FDA. But genetically engineered yeast or microalgae that produce a naturally occurring fat don’t hold the same kind of threat to humans that pathogens would.

Environmentally, it’s hard to see how producing a naturally occurring fat would possess the power to destroy an entire ecosystem. Furthermore, its highly unlikely that oil producing yeast would do more damage to the environment than humans are already doing to our vital rain forests in the pursuit of palm oil.

Jill Kauffman Johnson sums up why these genetically engineered microorganisms are so vital to our species future:

When we think about a global population predicted to reach 9 billion people in 2050, we will need to find all kinds of ways and all kinds of materials to produce enough food and clothing and shelter with less resources. And these solutions are actually going to come from a variety of sources.

Synthetic biology offers a replacement to palm oil that would help reduce human rights violations, mitigate the effects of climate change and restores habitats for culturally significant species like the orangutan, as well as helping feed our growing planet’s pollution.