You may have noticed more and more food items being marketed as “Non-GMO Certified.” As Americans, we are familiar with food being sold for what it is not, so we don’t think much about the fundamental absurdity of this new labeling.

After decades of being sold “non-fat,” “zero cholesterol” or more recently “gluten-free,” this looks like just one more marketing claim. In fact, the non-GMO label is fundamentally different because it is based on an entirely false assumption.

Recently, I saw an ad in a trade magazine that compelled me to go tilt with the windmill that is “non-GMO” labeling. The ad was promoting the potential “Texas-Sized Sales” of bags of Sweet Scarlett’s grapefruits. I love those grapefruits. They are tasty and sweet, a beautiful red color, and seedless. I’m happy that my favorite stores carry this excellent product. But at the bottom of this particular ad, I noticed the logo declaring that these are “Non-GMO Project Verified.” That crossed a line for me. 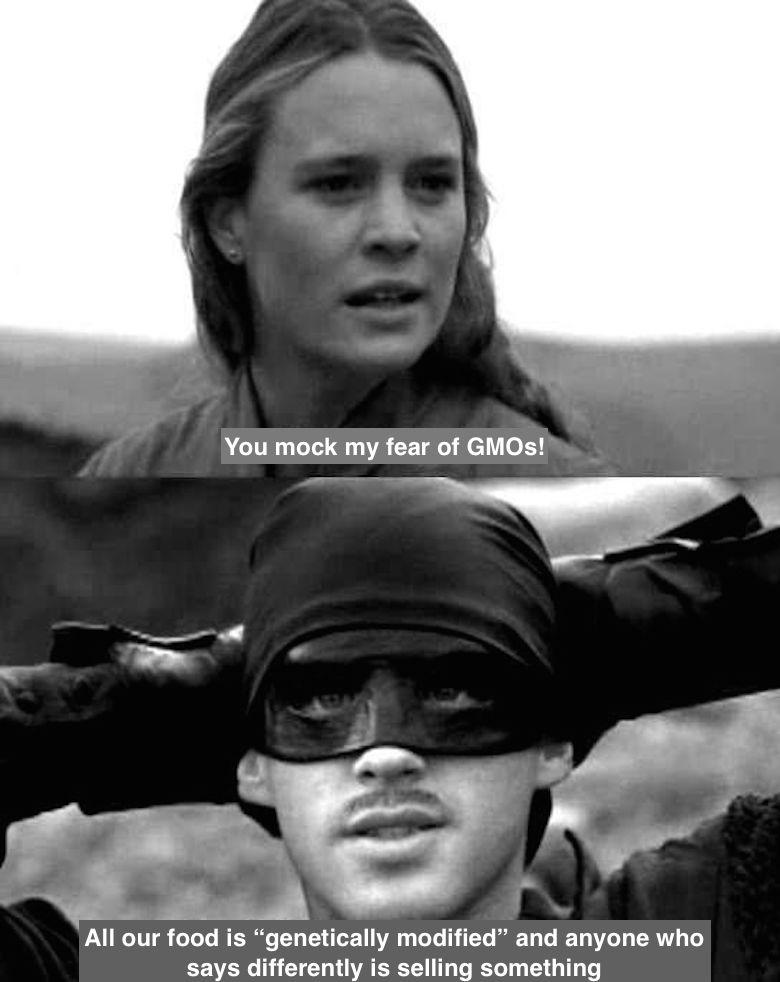 in the 1960s and ’70s using a method called “mutagenesis breeding.” Basically, seeds (or in this case pieces of budwood) were exposed to gamma radiation in substantial doses, and then sifted through to find ones with mutations to their DNA that had desirable qualities. You don’t get much more “genetically modified” than that!

That positive plant breeding story could certainly be made to sound scary in terms of unintended consequences, but in fact, thousands of modern plant varieties were modified this way. To date there is no track record of bad effects on consumers. There are now far more precise and controlled ways to genetically modify crops, but only certain new methods have been singled out for opposition as “GMOs,” while clumsy old methods, like mutagenesis breeding, escape this demonization.

So my problem with calling these grapefruits “non-GMO” is simple: These fruits are absolutely “genetically modified.”

To call this product non-GMO is a lie. That is true for most other non-GMO labels. These are also lies that dovetail with another long-term lie that has been widely disseminated in the Internet age—a “lie with pictures.”

I’m talking about the widely used, stock-photo images illustrate of ready to eat fruits and vegetables stuck full of large hypodermic needles that are used in campaigns against “GMO food” Those images bear absolutely no resemblance to how plants are genetically engineered, but they are a powerful lie that has been quite effectively used to manipulate consumers.

What is truly disappointing is that the non-GMO “labeling lie,” and its inevitable connection to the photo-lie, is officially sanctioned by the very federal agency charged with truth in labeling for foods. In its guidance document on the subject, the FDA says that while it “prefers” more accurate wording on labels, it “will not pursue enforcement actions” with regard to the use of the “non-GMO” terminology.

Thanks for protecting us from inaccurate labeling, FDA. 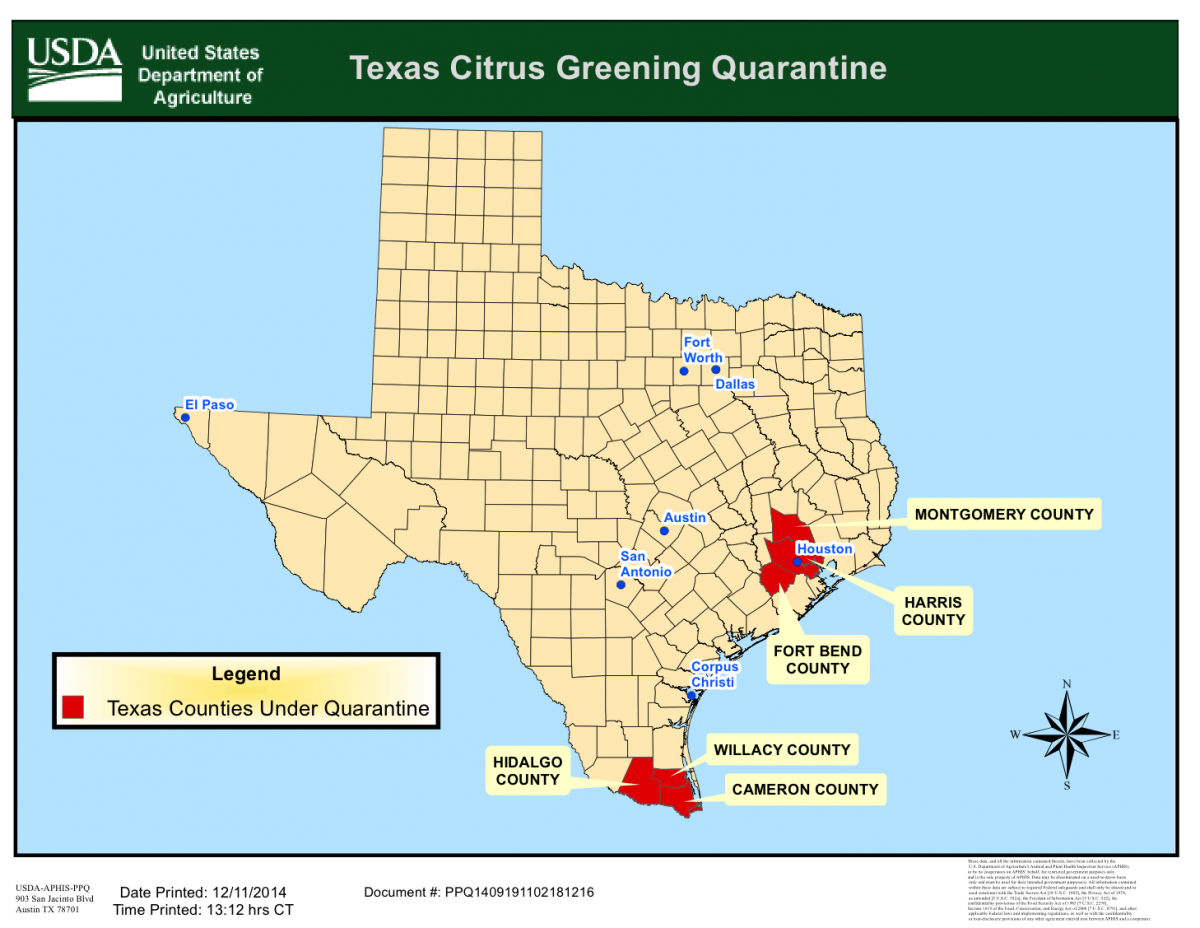 There is another reason that this particular kind of disinformation is a problem. The grapefruit farmers in Texas are facing a threat that is common to all citrus growers. Already, an exotic bacterial disease spread by a newly introduced insect (Asian Citrus Psyllid) has destroyed half of the oranges in Florida. The pathogen and vector have already made it to many other states, including Texas and California, and even with intensive efforts to contain the threat, it is probably only a matter of time before other citrus crops go into decline. For me, this intensifies the absurdity of marketing a very much “genetically modified” crop as non-GMO, because one of the best hopes for saving citrus crops is through modern genetic engineering—the kind where you actually know what you are doing to the genes. How will the marketers then back-track on their implicit message that “GMO” is a bad thing? Most likely the bacteria will win and the farmers and consumers will lose.

I have spent a vast amount of my own time over the last seven years writing blogs and articles defending modern agriculture against disinformation. I have great respect for the farmers who produce our food and for companies like Wonderful Citrus who clean, pack and ship that food to consumers. Thus, I’m uncomfortable calling out this and other food/produce companies who have jumped on the non-GMO labeling train. Even so, I feel compelled to do that, not just in the case of this “Texas Sized” lie, but also across the board. I challenge the food industry to reject this kind of marketing even if it is FDA sanctioned and highly appealing to your marketing folks. I’ll leave you with another thought that has been well articulated by “the Dread Pirate Robert.”

I challenge the food industry to think about this

You are welcome to comment here and/or to email me at [email protected]  I have tried to contact the marketing company for these grapefruits and have gotten no response. I have contacted the non-GMO certification group, but they have yet to put me in contact with anyone willing to discuss the science related to their certification of this or other crops.  I don’t know who to talk to at the FDA about this. If you know a good contact there, please let me know.

This article originally appeared in Forbes as The Non-GMO Food Label Is A Lie and was reposted with permission from the author.