How human chimeras could revolutionize science and medicine

Ben Locwin | October 3, 2016
This article or excerpt is included in the GLP’s daily curated selection of ideologically diverse news, opinion and analysis of biotechnology innovation.

“A thing of immortal make, not human, lion-fronted and snake behind, a goat in the middle, and snorting out the breath of the terrible flame of bright fire.”

That line, from Homer’s epic poem the Iliad, is how the ancient Greeks knew chimeras. Homer’s description is the oldest surviving literary reference to the fire-breathing female monster, but the term has evolved slightly since. Today, in the arts, a chimera can refer to any monster or creature that is composed of parts from multiple animals. 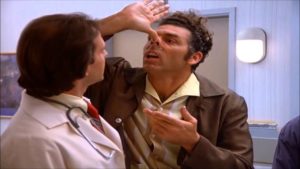 If your mind went straight to Kramer’s ‘pigman’ from season 5 of Seinfeld, you’re probably not alone. But scientists have something else in mind. They want to make human chimeras for medicine and research and the National Institutes of Health (NIH) just might let them. So what’s the point? Why mix cells human cells with animal cells?

The NIH Office of Science Policy released a position paper in August outlining its approval for research labs to go ahead with producing animal embryos that contain human cells. It’s important to recognize that, under the proposed policy, scientists won’t be using human embryos to make these chimeras, but instead, human stem cells will be incorporated into animal embryos.

At the moment, the situation isn’t a closed case—the NIH is still weighing scientific and public opinion. The announcement appears to be a shift in policy by the agency. In September 2015, the NIH decided it would suspend funding for projects on chimeras—although no projects of this nature had yet been funded. A few months later, the NIH held workshops to discuss the ethical issues.

One major upside of this research is that human organs can be produced to bolster the tremendous shortfall of donor organs. For example, researchers at the University of California last year successfully performed the early stages of some of this work to inspect the viability of growing human body parts from pig embryos. First, they used CRISPR gene editing to remove the pig embryo’s ability to develop certain body parts, then human induced pluripotent stem cells (iPS) were inserted into the modified pig embryo.

The human iPS cells can develop into any tissue or organ structure, and so could form the body parts which had been blocked in the pig embryo by CRISPR (in their particular research study, it began to form a pancreas). The pig embryo doesn’t need immune-suppressing treatment to allow the growth of human cells at this stage because the embryo’s immune system has not yet developed. After 28 days, the researchers ended the experiment and analyzed the embryonic tissues, indeed finding successful chimerism.

Another possible use is to study human development. In an article on Wired, Paul Knoepfler, an author and professor at the University of California, Davis School of Medicine, explained:

Researchers may also be able to perform more accurate testing of new pharmaceutical drugs or other chemicals. In theory, scientists could create a mouse model with a humanized liver. Then monitor how the human liver inside the mouse reacts to and metabolizes various chemicals. It could provide a much clearer understanding of how the human body handles a particular drug more accurately than the current practice of extrapolating data from model organisms (e.g. mice, rats, pigs).

But this research has not been without controversy. One particular question many have is about how 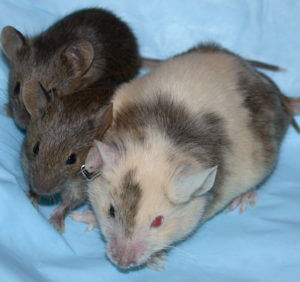 having a human organ growing in a mouse or rat may affect the whole organism. Currently, it is unknown if the human cells can create or contribute to the formation of off-target tissues, especially the brain.

It becomes like ‘restoring’ historic paintings: How much new paint and brushstrokes not from the original artist does it take to irreparably alter the primary work? If neuronal tissues are found to be impacted or developing from human genetic material, many of the guidelines have that as an ethical ‘stop’ point in the line of research, because then the organism is becoming ‘more human.’

“Formation of these types of human-animal organism, referred to as “chimeras”, holds tremendous potential for disease modeling, drug testing, and perhaps eventual organ transplant. However, uncertainty about the effects of human cells on off-target organs and tissues in the chimeric animals, particularly in the nervous system, raises ethical and animal welfare concerns.”

An announcement is expected on the issue sometime in January 2017. But if we are to proceed, Knoepfler points out we need to prepare for continuing the discussion and being ready for anything:

If we tackle, rather than avoid, these questions, not only can these efforts provide a foundation for more ethically rigorous research, but also produce revolutionary insights into what it means to be human.

Ben Locwin, PhD, MBA, MS, is a contributor to the Genetic Literacy Project and is an author of a wide variety of scientific articles in books and magazines. He is an expert contact for the American Association of Pharmaceutical Scientists (AAPS), a committee member of the American Statistical Association (ASA), and also a consultant for many industries including biological sciences, pharmaceutical, psychological, and academic. Follow him at @BenLocwin.