Since their inception DNA tests have had an aura of infallibility. And today we rely so heavily on them—from paternity tests to the criminal justice system to precision medicine: DNA’s ‘word’ is golden. It’s ‘decisions’ are ironclad. But how much faith should we be putting in this technology?

Consider the death of a teen who died suddenly, in his sleep. In their hopes to find the reason for their son’s death, the family ordered an autopsy. Then they went to a doctor to make sure their other children also didn’t suffer from a hidden heart problem that could sneak up and take them, too.

Part of the process to rule out other diseases in the family was a genetic test. Another was a physical exam and heart monitoring that, in the case of his younger brother, showed a blip. His genetic test revealed he has a gene variant linked to long QT syndrome—a condition in which the heart’s electrical activity can go awry leading to an irregular heart rhythm. It can cause heart attacks like the one that probably killed their son. More family members were tested for the variant.

In all, more than twenty relatives tested positive for that variant, meaning they were all at risk of having the condition. The brother with the heart monitor blip even had a cardiac defibrillator put in that would shock his heart if the rhythm deviated too much. He’s been shocked twice—painfully. Sharon Begley writes at STAT:

Their report describes the cases of some two dozen people who were told they had a potentially fatal illness and one who had a heart defibrillator surgically implanted but, it turns out, never needed it. The individuals were family members who underwent genetic testing after a young relative died of a heart syndrome. Test results indicated that they carried a mutation in a heart-related gene — and the database that the testing company used indicated it caused a serious disorder.

Except that none of them actually had the condition. Neither, did the 13-year-old who died. The family got a second opinion at the Mayo Clinic in Rochester, Minn. When they arrived a physical exam showed that the brother who’d had surgery to implant the defibrillator didn’t show any signs of the condition. Neither did his parents or the other extended relatives who came with them. The gene test had been wrong. And as Michael Ackerman told STAT, that happens a lot:

Ackerman was skeptical: Some 40 percent of the patients who go to Mayo with a genetic diagnosis of long QT turn out not to have it. EKGs confirmed that none of the relatives who had been told they had the mutation causing long QT had the disorder, the Mayo team reported Monday in the journal Mayo Clinic Proceedings. The testing company’s conclusion that they did was based on a faulty interpretation of their DNA sequences.

Ackerman was the lead author of the family case study, which was published by the Mayo clinic. Coverage of the study has rightfully pointed out that the misdiagnosis was based on genetic testing. It’s the worst case scenario that the media has decried the ‘Angelina effect‘—when people undergo painful, unnecessary medical procedures based on inaccurate or inaccurately interpreted genetic results. From Begley:

Enthusiasm for precision medicine, from the White House down to everyday physicians, is at an all-time high. But serious problems with the databases used to interpret patients’ genetic profiles can lead to “inappropriate treatment” with “devastating consequences,” researchers at the Mayo Clinic warned on Monday.

On the other hand, if bad ’precision medicine’ caused this family unwanted pain and procedures, it also put an end to the concerns. The Mayo analysis, which took five years, was able to find the gene mutation that ultimately caused their son’s death. It was also able to relieve concern over the Long QT syndrome variant that many family members carried, but that had never caused disease.

The boy who died had a different mutation in the gene for desmin, a protein in heart muscle fibers. That had likely caused his sudden cardiac death at such a young age. He was the only family member with the mutation. The researchers arrived at this mutation from a pool of more than 100,000 by comparing parental DNA to their deceased child’s. Testing the brother and family members was much less valuable than testing the affected child. In fact, the study authors suggest, testing surrogates instead of affect people is wrong. 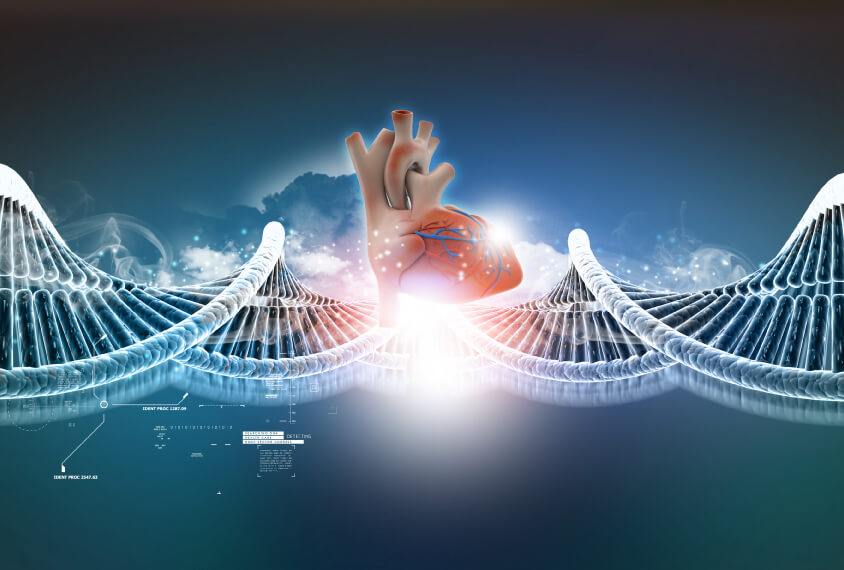 This family’s situation is a strong reminder that most doctors probably need help in evaluating genetic results. And that phenotype is still most important for clinical care. If the deceased teen’s brother hadn’t had a funny EKG result that lead to a misdiagnosis of Long QT syndrome, then it’s likely none of the other family members would have undergone testing. And, when those test results came back, it was the physician’s responsibility to look twice at the results and the family’s physical health to evaluate what was really going on.

Complex genetics is still new. It is difficult to analyze in as comprehensive a way as needed. And a non-expert physician is reliant on gene companies to keep their databases up to date and accurate. STAT says that’s not the case:

Unfortunately, databases often disagree. And many misspellings once thought to be dangerous — and still listed that way in databases — have since been determined not to be. A recent study estimated that people have, on average, 54 mutations listed as pathogenic, of which 41 are almost certainly not.

This is not a new problem. Larry Husten at Cardio Brief discussed a January 2016 study that showed how often companies classified the same variant differently:

With the level of potential for inaccuracy, misdiagnosis and unnecessary medicine, is genetic testing worth it at all? Probably not if you’re a healthy person with normal risks. If there’s a strong family history of a disease, then maybe so. If you’re testing in order to consider a serious preventative procedure like mastectomy or a cardiac defibrillator, here are some important guidelines: Be sure to talk to physician with expertise or genetic counselor. Know that your results will come back flagged with pathogenic variants of one kind or another, everyone’s does. Know that the majority of those will never cause disease.