Why the international seed bank includes no GMOs

The [Svalbard Global Seed Vault] is a frozen cavern in a mountain on the arctic island of Svalbard, halfway between mainland Norway and the North Pole. It has been called a Noah’s Ark for crop plants (also the “doomsday vault”) because it is the place where genebanks from all around the world send backup copies of their seed collections for safe-keeping.

Are there any GMOs in the vault? 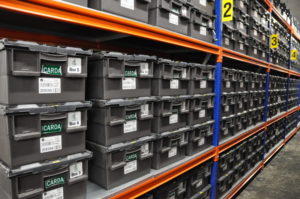 As the fields of genome editing and synthetic biology are now undergoing rapid development though, we have an important opportunity to consider how we relate to biotechnological forms of biodiversity. We can also think about whether it might be possible to navigate through syn- to symbiodiversity.

Certainly it seems fair to argue that if we don’t care for our biotechnological co-creations with a sense of (parental) responsibility, perhaps we shouldn’t be bringing them to life.

The GLP aggregated and excerpted this blog/article to reflect the diversity of news, opinion and analysis. Read full, original post: Should genetically modified organisms be part of our conservation efforts?