Val Giddings | December 1, 2016
This article or excerpt is included in the GLP’s daily curated selection of ideologically diverse news, opinion and analysis of biotechnology innovation.

Among ballot issues decided by voters on Election Day were two non-binding referenda in Florida dealing with eradicating mosquitoes. The invasion of the introduced, exotic mosquito Aedes aegypti, which carries the Zika virus (as well as Chikungunya, Dengue, Yellow Fever, and more), has been widely covered by media in Florida and around the world. The horrific consequences to pregnant women of Zika infection have also been widely reported. As of November 29, 2016, there have been 1,213 cases of Zika reported in Florida; 958 have been travel related, while 240 have been locally acquired, indicating the virus has taken root locally. These numbers include 173 pregnant women, whose children are at substantially elevated risk of being born with microcephaly—abnormally small heads with severe neurological defects. These numbers rise daily. There is no cure.

When it comes to public health issues, this would seem to be a slam dunk. Preventing devastating incurable diseases that are as predictable as the sunrise—who could argue against it? What possible reasons could be advanced in opposition? In the past, similar threats like Yellow Fever have been eradicated (albeit temporarily; complacency has allowed resurgence) through the wide and repeated application of pesticide sprays, and intrusive, if not draconian enforcement. But British company Oxitec (named for Oxford University, where the technique was developed) has come up with a brilliant, innovative solution that combines time-tested male-sterile insect release methods with modern techniques for rendering the pests infertile. 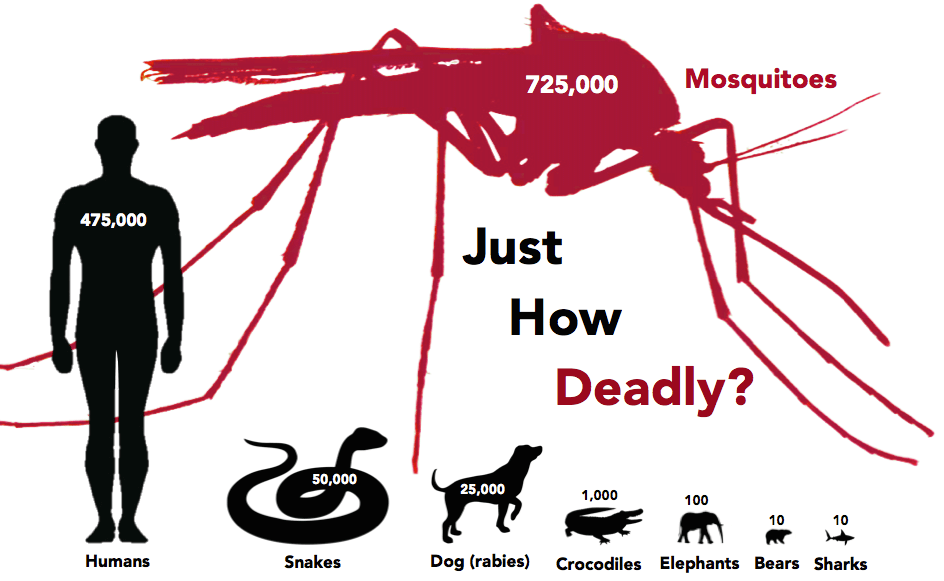 One would think that an eradication program that avoided pesticides altogether, and required citizens to change nothing about their daily routines, would be welcomed, nay, demanded yesterday. One would be wrong.

While 58 percent of voters in Monroe County, Florida, approved a non-binding measure supporting the Oxitec proposal, about 65 percent of voters in the smaller enclave of Key Haven were opposed. How on earth could those in the eye of the hurricane object to putting plywood over their windows, and sand bagging weak levees?

Oxitec held public meetings in Key Haven to listen and respond to residents’ concerns. The most common worries were fears of being bitten, even though the mosquitoes released would be 95-98 percent sterile males, and males do not bite. As a company spokesman noted, “There’s always a possibility that a female could be released and it could bite someone. What does that mean? Well, we looked at the females and we found there was no difference between being bitten by one of our females to being bitten by a normal female.” 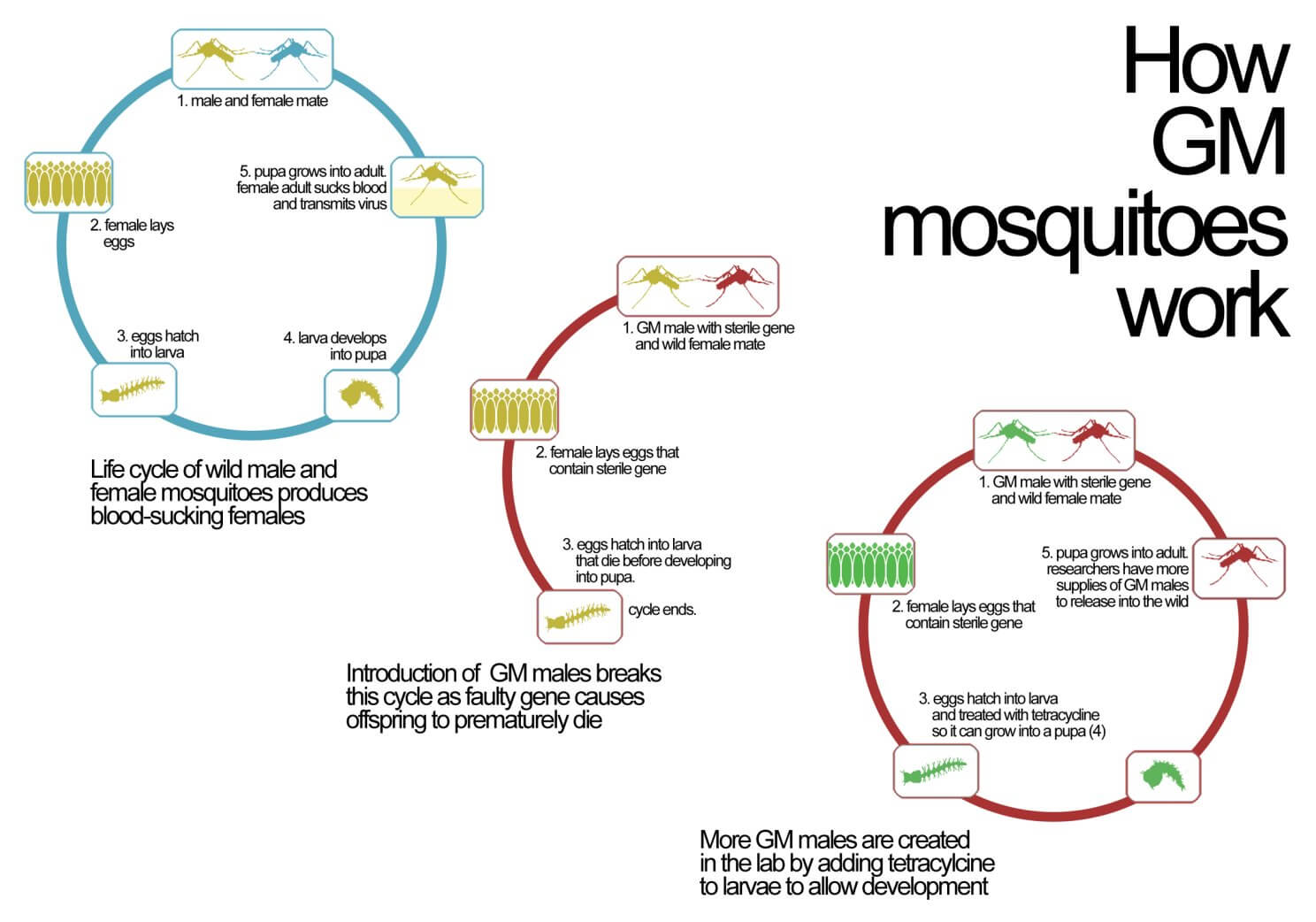 Despite successful field trials in the Caymans, Panama, and Brazil (where large-scale control measures have been launched, and the residents are very happy), some Key Haven residents expressed concern that there are still unanswered questions about the technique.

Misplaced worries about “genetically modified” organisms are not new, and they are entirely unsurprising given the extent and persistence of the ongoing campaigns of misinformation. Or in today’s vocabulary, “fake news.” But scientists around the world recognize that the facts remain today as they have always been—there is no basis for assuming hazards or risks from these new innovations any different than those from traditional (obsolete) products; they have been examined in advance, in unprecedented depth and detail, and have a proven track record of safe use around the world.

Nevertheless, perpetual opponents of biological innovation have announced their intent to sue the Food and Drug Administration (FDA) to prohibit the proposed Florida field trial. They claim the:

FDA cannot just arbitrarily approve releasing an entirely novel genetically engineered organism into the environment without accounting for risks…The Florida Keys are home to some of the most diverse and threatened species in our country, and we will not stand by and allow the government to break the law by approving this unprecedented experiment without analyzing its impacts.

Now remember, this is about eradicating the deadliest animal in the world; an invasive species, not native to the Americas; one that is a keystone in no environment anywhere; and one so pestilential it has spawned calls for its global eradication.

As it happens, in accordance with the law, the FDA has in fact published an Environmental Assessment (EA) of the proposed Oxitec field trial. The report concludes that:

[t]here was no overlap between the threatened and endangered species’ habitat and the domestic or peri-domestic environment” of the trial mosquito in Key Haven. The report goes on to say that “[t]he Stock Island Tree Snail is the only species found in the physical vicinity of the proposed trial site. An assessment has been conducted according to the United States Fish and Wildlife Service (USFWS) criteria … [and] it was determined that the use of [the trial mosquito] is not likely to adversely affect the species as no removal or modification of habitat is proposed in this trial. 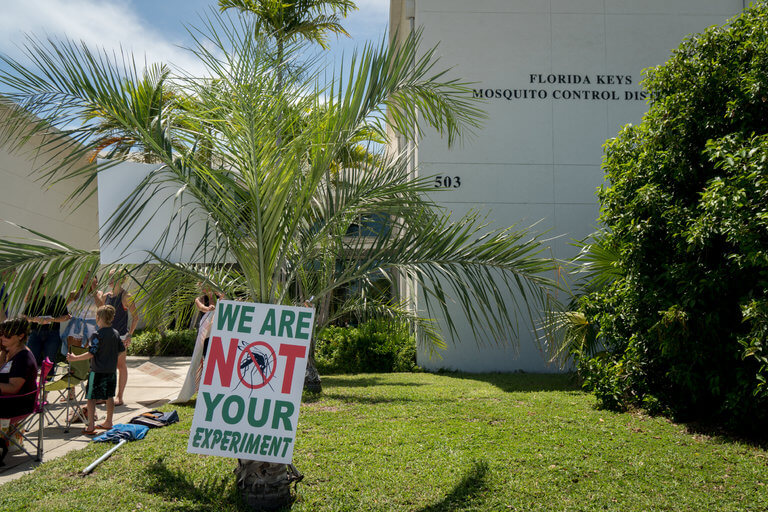 Those in opposition also claim that the FDA “did not consult with the U.S. Fish and Wildlife Service (USFWS)” when preparing the EA. This claim, too, fails, like the others. “Consultation” is a legal term of art with specific meaning. A “consultation” with USFWS would be required under the Endangered Species Act only after the lead agency (FDA) determines there is potential for an adverse outcome. The EA shows this threshold was not met, and therefore formal “consultation” is not required. But as the EA demonstrates, FDA is fully cognizant of USFWS’s relevant expertise, followed their guidelines, and worked closely with the local Mosquito Control District in preparing the EA.

There is a further puzzle with the announced threat of a lawsuit. The EA the FDA prepared and published for the field trial, as required by the National Environmental Policy Act (NEPA), examined conditions relevant to the intended field trial location in Key Haven. The local Mosquito Control Board officials have announced that though it was non-binding, they will nevertheless honor the Key Haven vote, and move to an alternative site for the field trial. Until and unless a new site is identified there is no federal action pending, and thus neither grounds nor legal standing for any legal challenge. Once a new site has been agreed, a new, site-specific EA must be prepared, per NEPA, and no doubt Oxitec and FDA will ensure it meets all relevant NEPA requirements. It is possible, however, that despite lacking any basis in law for the suit threatened by opponents, such obvious gaslighting may have some utility as a fundraising hook. Stranger things have happened.

In other words, ideological opponents of modern biology continue to demonstrate their opposition to modern biology, regardless of the facts, the data, or the stakes. We have seen this movie before, and it does not have a happy ending. Let us hope the courts recognize this threatened lawsuit, should it materialize, as yet one more in a series of abuses of the legal system to no legitimate end, and quickly sets it aside. Lives are in the balance.

This article originally appeared on The Information Technology and Innovation Foundation under the title “Mosquito Madness” and has been republished with permission from the author.

Val Giddings is Senior Fellow at the Information Technology & Innovation Foundation. He previously served as vice president for Food & Agriculture of the Biotechnology Industry Organization (BIO) and at the Congressional Office of Technology Assessment and as an expert consultant to the United Nations Environment Programme, the World Bank, USDA, USAID, and companies, organizations and governments around the world. Follow him on twitter @prometheusgreen.