This article or excerpt is included in the GLP’s daily curated selection of ideologically diverse news, opinion and analysis of biotechnology innovation.
In Florida and Texas, the invasive Aedes aegypti mosquito has posed a serious health threat, carrying the Zika and dengue virus into the state. Traditional insecticides have largely been useless against the mosquito. Outbreaks of Zika virus disease have been recorded in the Americas, Africa, Asia and the Pacific since the epidemic began in 2016, with more than a half million suspected cases and more than 3,700 congenital birth defects. Puerto Rico saw more than 36,000 cases that year. The United States mainland had 224, and it’s now down to a yearly handful. 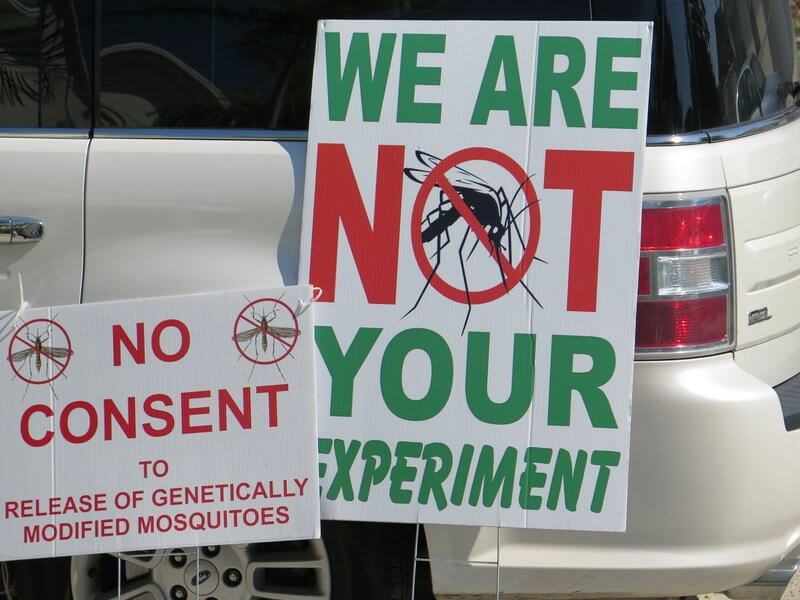 With the possibility of future epidemics, the biotech company Oxitec has spent at least a decade testing a transgenic A. aegypti with a gene that kills off newly hatched mosquitos before adulthood. In a recent Brazilian field trial, second-generation GMO mosquitoes led to a reduction of Zika carriers by as much as 96%, Oxitec announced in June. Last week, the U.S. Environmental Protection opened a month-long window for public comments on the company’s proposal for releases in Florida and Texas.

Plans for a widespread US release of the genetically altered mosquitoes has met with stiff resistance from anti-GMO organizations, which went door to door to stir up opposition four years ago in the Florida Keys when trials were first proposed. Since then, the fears have faded. There have been split reactions from local Floridians in two polls over the years, while other Florida surveys show significant public support. A fiercely-contest referendum in 2016 found Monroe County residents supportive of the releases, with 31 of 33 precincts and 58 percent of country residents voting in favor of the 1st Generation Oxitec mosquito project. Thousands of mosquitoes infected with the Wolbachia bacteria were later released in the Florida Keys as part of a 12-week trial.

Activist environmental groups like Friends of the Earth and Food and Water Watch , who have called the release plans “dangerously short-sighted,” have spearheaded the opposition in Texas and Florida. Oxitec is awaiting results from the comments and a subsequent ruling by the EPA in hopes of securing permission to field test 20,000 male mosquitoes per acre per week in those two states. These mosquitoes have been engineered to express a protein called tTAV-OX5034. Female offspring are expected to die before reaching maturity, and thus the A. aegypti population should drop, hopefully significantly.

Did the mosquito experiment go wrong? 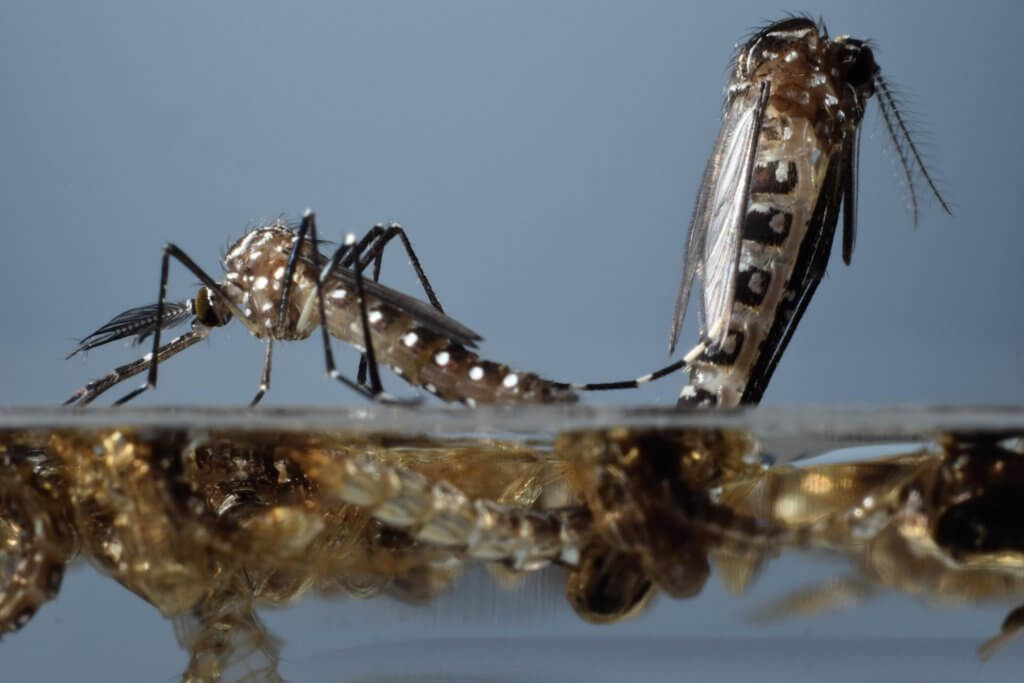 Powell and researchers from Brazil monitored a release by Oxitec of 450,000 male A. aegypti mosquitoes in Jacobina, Brazil. The team genotyped the release strain and the population of A. aegypti for up to 30 months after release. They reported that some parts of the transgenic mosquito genome had been incorporated into the targeted Jacobina mosquito population.

Is that a concern or potential catastrophe? After all, Oxitec had always estimated that about 3 percent of the offspring of the engineered mosquitoes would survive, so the key finding was not surprising. But then the researchers went beyond the data to speculate as to potential causes and implications.

[E]vidently, rare viable hybrid offspring between the release strain and the Jacobina population are sufficiently robust to be able to reproduce in nature. … The three populations forming the tri-hybrid population now in Jacobina (Cuba/Mexico/Brazil) are genetically quite distinct, very likely resulting in a more robust population than the pre-release population due to hybrid vigor.
ADVERTISEMENT
ADVERTISEMENT

The research team seemed to raise what many readers of the study thought was an apocalyptic take on the data: Had Oxitec just created a new “Franken-skeeter?” And it was this speculation that caught the attention of the media, anti-GMO groups and more than a few critical scientists.

Anti-GM group GMWatch announced that the mosquitoes in the experiment had “escaped human control,” and were

now spreading in the environment.  The mosquitoes used for the genetic manipulation are originally from Cuba and Mexico. These insects used in the laboratory have now mixed with the Brazilian insects to become a robust population which can persist in the environment over a longer period of time.

Some news reports reported the study straightforwardly, but many others mixed the documentable scientific results (GM mosquitoes mixed with the wild-type mosquitoes and the population of A. aegypti appeared to rebound after an 18-month suppression) with what many considered wild speculation (that new hybrid mosquitoes could be more resistant to suppression and more likely to spread disease).

The genetically-altered mosquitoes did mix with the wild population, and for a brief period the number of mosquitoes in Jacobino, Brazil did plummet, according to research published in Nature Scientific Reports last week. But 18 months later the population bounced right back up, New Atlas reports – and even worse, the new genetic hybrids may be even more resilient to future attempts to quell their numbers.

A story by the German Press Agency, DPA, quoted Christoph Then, head of the well-known European anti-GMO organization Testbiotech:

Oxitec’s trials have led to a largely uncontrollable situation. This incident must have consequences for the further employment of genetic engineering.

Scientists’ responded quickly and sharply to this speculation. Michigan State University plant geneticist Chad Niederhuth tweeted, “Some of the claims made by this paper are completely unfounded and the title is downright irresponsible.” Despite the paper’s headline about transferring genes into a “natural population,” Aedes aegypti is native to Africa, and is an invasive species in all of the western hemisphere (including, naturally, Brazil).

Jason Rasgon, an entomologist and epidemiologist at Pennsylvania State University, dissected the paper’s problem in more detail. In a series of tweets, as well as in a story in Science magazine, Rasgon wrote:

Rasgon and other scientists have started asking why these speculative conclusions were in an otherwise solid paper on the population genetics of mosquitoes, why a notable group of researchers would make such statements and why Scientific Reports would publish them.

Shortly after the paper’s release, after a firestorm of criticism of the paper, the magazine (Nature Publishing) posted this:

In the Talking Biotech podcast by University of Florida Kevin Folta, Oxitec research and development and operations lead Kelly Matsen said that the Aedes mosquito is invasive worldwide, and has resisted other efforts. The company’s genetic-based sterile insect technique turns away from traditional x-ray/irradiation methods, to genetically modify insects so that they  can “have the effect of reducing populations, and then remove the genes from the environment when we have done our work,” Matsen said.

However this is resolved, the paper and the reaction to it illustrate the structure of conflict over genetic modifications — some scientists who support the careful use of technology, others who fall victim to hype and speculation and non-government organizations (NGOs) which stringently oppose any such technology. As the GLP reported in a previous article, this opposition “is based on speculative risks, those that have no established theory or evidence data,” according to Canadian researchers who surveyed experts on their views of genetic modification.