Center for Food Safety (CFS) is a non-profit organization whose stated mission is to protect human health and the environment, focusing on the use of harmful food production technologies, and by promoting organic and other forms of sustainable agriculture.

With a name that leads to confusion with the Food and Drug Administration’s Center for Food Safety and Applied Nutrition, this activist organization was a 1997 spinoff from the International Center for Technology Assessment (ICTA – known for defending Percy Schmeiser against Monsanto, among other things). ICTA remains a legally separate for financial reporting but is co-located with CFS and the law firm of Kimbrell & Mendelson (now Kimbrell, Kimbrell & Solen) with whom it shares staff and other resources. Its primary tactical toolbox consists of litigation, regulatory rule-making petitions, and legal support for “sustainable” agriculture advocates.

CFS has offices in Washington, D.C. and San Francisco, California. Its executive director is Andrew Kimbrell, one of the most influential players in the U.S. anti-GMO movement. CFS employs a half dozen attorneys including George Kimbrell, who joined with Andrew Kimbrell after serving in clerkship with Ninth Circuit Court of Appeals during which time the court heard cases brought by CFS’s Andrew Kimbrell targeting GMOs.

CFS’s leadership, Kimbrell and Mendelson, were also the primary coordinators behind the Turning Point campaign targeting GMOs and industrial agriculture from 1998-2004. Kimbrell’s board and partnering relationships are extensive and include roles with the International Forum on Globalization, American Humane Society and Men’s Health Network. The organization facilitates multiple internally run campaigns, such as the True Food Network—a grassroots organizing platform, which are designed to appear as independent entities. CFS is tied to anti-biotechnology organizations mentioned throughout this report. (See also, CSF 2002 examination from Let Them Eat Precaution.)

CFS unabashedly promotes and defends organic-only agriculture, and opposes GMOs, food irradiation, aquaculture, animal cloning, and rBGH. It was one of the earliest adopters of a later debunked theory that mad cow disease was exclusively the result of non-organic livestock agriculture. CFS was the primary instigator of the legal skirmishes over GMO sugar beets; it also organized the Geertson Seed Farm anti-Monsanto case.

The Center for Food Safety was registered as a non-profit corporation in the District of Columbia (DC) on March 4, 1999 via the registration agent International Center for Technology Assessment. It has both a 501c3 and 501c4 status. According to the D.C. office of corporations this entities business registration status is “revoked” with it’s last filed report listed as July 2011.[1] 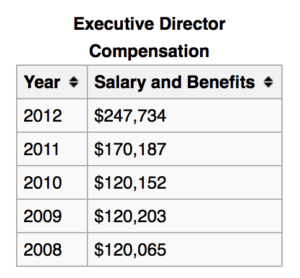 A political action committee launched in January 2014, HCFSAF runs a website and social media site in support of litigation and lobbying in Hawaii to ban GMOs and pesticides. They also run campaigns in support of local candidates for political office.

In 2013 the Center for Food Safety was mobilizing its members to petition Congress and President Obama to pass a GE food labeling bill in 2013.[4]

Original complaint targets EPA’s Office of Pesticide Programs seeking to stop the use of pesticide products containing clothianidin and thiamethoxam (neonicotinoids) alleged by CFS to be adversely linked to bee and other pollinator health.

The original organization founded by Kimbrell after leaving the Foundation on Economic Trends. CFS was originally a project of ICTA then spun off as a separate organization. These organizations overlap 100% in staff, location and resources. While separate entities for tax and reporting purposes, these entities are are otherwise separate in name only. Often ICTA and CFS names are jointly added to coalitions, petitions and letter campaigns bolstering the appearance of greater numbers of supporters for specific projects.

See Organic Consumers Association (OCA—GLP profile here) and Ronnie Cummins. OCA started as a campaign project of CFS, called the Pure Food Campaign, and was later spun off as an independent organization. Cummins and Kimbrell had worked together at the Foundation on Economic Trends before creating ICTA and CFS.

The Kimbrell & Mendelson Law firm represented a range of advocacy and commercial clients and operated until terminated sometime between 2005-2012 – Mendelson, who came to ICTA/CFS from Friends of the Earth in 1995, moved to the National Wildlife Federation in 2008 and now serves on the U.S. Senate Committee on Environment & Public Works as Chief Climate Counsel[5] paid $165,000.[6] In 2013 Kimbrell created Kimbrell, Kimbrell and Solen, LLC. Like Kimbrell & Mendelson, this firm like Kimbrell’s other entities, operates from the same offices and with the same overlapping staff as CFS and ICTA. As a commercial entity these firms do not file public disclosures on fees or expenses. [7]

In the vast majority of these “et al” suits, in addition to being a co-plaintiff, Kimbrell’s army of attorney’s at CFS are also representing organic farmers, Sierra Club, Beyond Pesticides, Greenpeace and the other plaintiff’s against USG agencies and/or biotech and crop protection companies) – Kimbrell’s army of lawyers is tied into more than 50 suites and more than 30 appeals:

Foundations which have given CFS money include: