Did you know that there are homeopathic products that can detox you from the malicious effects of glyphosate, the herbicide paired with many GMO crops? How do we know this? Anti-GMO French scientist Gilles-Eric Séralini says it’s so. For millions of science skeptics and deniers, that’s apparently a powerful endorsement.

Homeopathy is the bizarre idea that a concoction with ingredients diluted so much that they’re really not there anymore can cure illness. Because of quirks in the U.S. medical oversight system, quack homeopathic “remedies” to combat disease and toxins enjoy a unique status in the health marketplace: They are the only category of alternative medicine products legally marketable as drugs.

Complementing homeopathy, “detoxing” oneself is considered well outside the boundaries of modern science. It’s considered quackery by medical practitioners and scientists. But it is practiced by a sizable segment of the population, particularly those who embrace other fringe anti-science movements such as vaccine denialism and those who deny the safety of GM foods. And now homeopathy and detox supporters have a public champion in Séralini.

The French biologist, whose central work ‘documenting’ the dangers of glyphosate and GMO crops was retracted by the publishing journal (before being placed in a predatory pay-for-play open access journal without peer review) is back as a co-author of a study getting significant play in natural and alternative medicine websites. 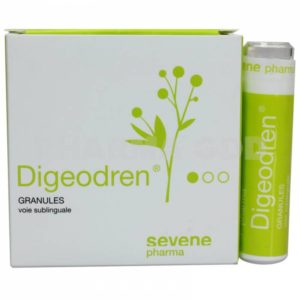 journal—the article claims to document the protective effects of a homeopathic product called Digeodren, which is manufactured by the French natural products company Sevene Pharma. The study, which was funded by Sevene, concludes that Digeodren could reverse the locomotor problems and biochemical issues that arise from what he called long-term exposure to glyphosate, the active ingredient of the herbicide Roundup, which is paired with some herbicide-resistant GMO crops.

Sevene, based in Cevennes, France, has been a long-time funder of Séralini’s work. According to the Genetic Literacy Project’s Biotech Profile:

Séralini received significant funding from Sevene Pharma, a French company that promotes “cures” using homeopathy, which mainstream scientists consider pseudo-science. Sevene sells homeopathic remedies but is also paying Séralini to research atrazine and glyphosate risks.  Sevene markets “detoxification” homeopathy products to treat the alleged toxic effects of glyphosate and atrazine “contamination”, which is the focus of Séralini’s research, a clear conflict of interest the professor has apparently been forced by PLOS to now acknowledge.

Séralini is a consultant for the company, and conducts most of the company’s “research”, focusing on the alleged toxic effects or glyphosate and other pesticides. Two studies have been published in a low quality open-access journal. One focuses on how plant extracts presumably can protect the liver from toxic chemicals:

Worldwide used pesticides containing different adjuvants like Roundup formulations, which are glyphosate-based herbicides, can provoke some in vivo toxicity and in human cells. These pesticides are commonly found in the environment, surface waters and as food residues of Roundup tolerant genetically modified plants. In order to know their effects on cells from liver, a major detoxification organ, we have studied their mechanism of action and possible protection by precise medicinal plant extracts. The plants used were from Sevene pharma and the formula used is that of Digeodren.

The other study, almost promoted the company’s products:

We wanted to test the common pathways of intoxication and detoxification in human embryonic and liver cell lines. We used various pollutants such as Roundup residues, Bisphenol-A and Atrazine, and five precise medicinal plant extracts.

What about the new Séralini study?

The research team, which included two employees of Sevene, took 160 male rats and divided them into four groups of 40. One group was named the control (without precisely defining what that meant); a second group drank Roundup GT Plus at 0.5 percent dilution; a third received the Digeodren product at 2 percent dilution in water; and the last group received Digeodren at 2 percent for seven days and then a mixture of digeodren and Roundup for another eight days. The animals then were tested in actimeters to determine locomotor activity and their organs were analyzed for changes.

“Digeodren, without any side effect observable, presented strong preventive and therapeutic properties in vivo after a short-term intoxication by the widely used pesticide, Roundup,” the paper concluded.

Scientists have been sharply critical of the study’s methodology and conclusions. The first problem was the premise. Séralini and his colleagues stated that “we have previously demonstrated that very low levels of Roundup exert endocrine disrupting effects, such as sex hormone imbalance and hepatorenal toxicities.” However, that is based on Séralini’s retracted 2014 study. 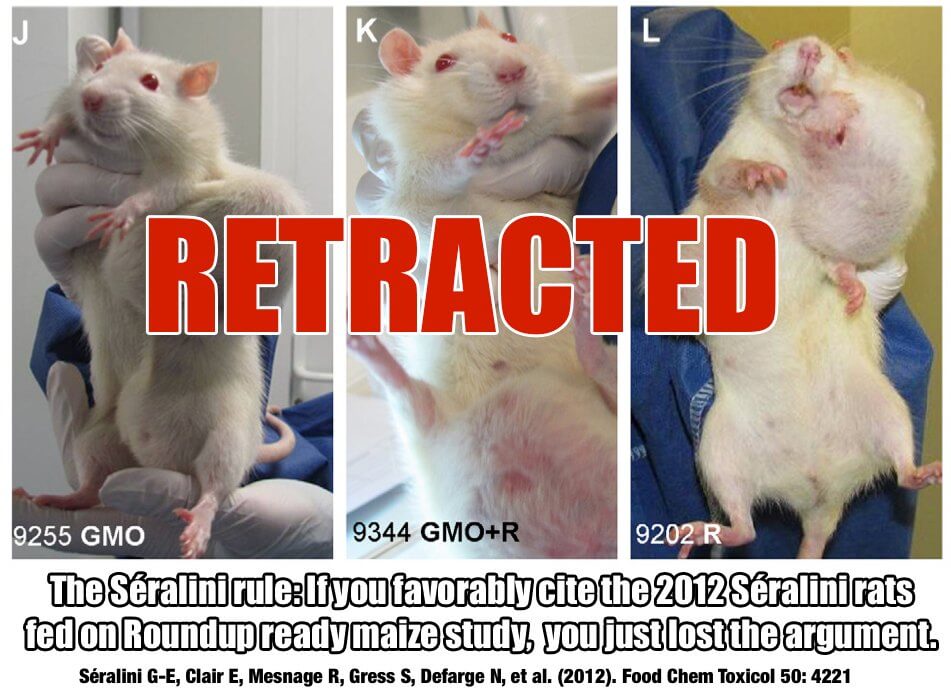 Other problems revolved around the dosages used. Steve Savage, a plant pathologist and genetics consultant, told the Genetic Literacy Project in an email:

The dose is absurd. They gave the animals the equivalent of what could be in the spray tank including the surfactants and the a.i. (active ingredients). If glyphosate or its AMPA metabolite ever end up in a food it is at extremely low concentrations and never with the surfactant. Unless you were a farmer or gardener who routinely drinks from the spray tank over 8 days, this study is meaningless.

Other scientists pointed to a lack of proper controls, stating that the study should have had controls for the other ingredients of Roundup (which are formulated along with glyphosate, and may affect its function and other effects, as discovered last year by the German Institute for Risk Assessment). There also was some confusion between when the researchers used glyphosate alone or Roundup as a mixture.

Another problem was the makeup of Digeodren. Its label includes Taraxacum officinalis/Dandelion D4, Berberis vulgaris/BarberryD5, and Lappa major/Burdock D4, but also shows it is diluted in 70 percent alcohol, which can have a number of effects on animal locomotion and other physiological processes.

It’s also not clear how the researchers selected the animals for study. It would be possible to select animals with superior (or, in the case of the Roundup animals, impaired) locomotion. The paper stated that the locomotor experiments were carried about according to a paper by J.J. Lynch and colleagues at Abbott Laboratories published in 2011, which addresses conducting locomotor analysis but does not address how experimental animals are selected.

Finally, the paper has no discussion on the natural variability in locomotion or physiological parameters, making it impossible to tell if anything was truly wrong with any of the animals. 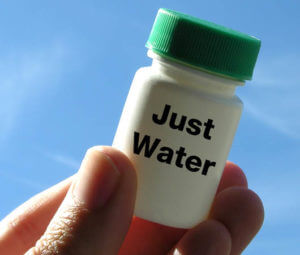 Homeopathic treatments claim to use highly diluted chemicals—what amounts to almost pure water—to cure or prevent disease. “Detox” and homeopathic treatments that purport to cure a number of existing ailments and prevent other disorders by removing “toxins” from the body are becoming increasingly popular despite a complete lack of empirical evidence supporting such claims.

According to the Sevene website, Digeodren helps with “liver detoxification and digestion” and restores the health of those “feeling ‘sluggish & lethargic’ (by) stimulating the removal of environmental toxins from the liver.” These claims echo advertisements on fringe websites (like this one with detailed instructions and urging a detox once a year) and articles stating that the buildup of toxins from environmental exposures are sapping our strength and threatening our health.

According to Today Homeopathy, detox is supposed to work like this:

Detox, short for detoxification, is the removal of potentially toxic substances from the body.

The health of every single organ in the body depends on its ability to eliminate the waste products of the life process. Detoxification is a practice of resting, cleaning and nourishing the body from the inside out that is known for centuries by many cultures.

A detox program helps body`s own healing processes and everyone should do it at least once a year.

These faddish “detox” methods have been universally panned by the medical community as potentially dangerous for one’s health, or at least a drain on one’s wallet. The body already has a number of ways to rid itself of toxic substances, including the skin, respiratory system, immune system, intestines and the liver and kidneys. These “cures,” which are almost never available by prescription, can lead to dehydration, deplete necessary electrolytes and impair bowel function. They also can disrupt the microbiome balances in the intestine, and could even cause metabolic acidosis, which according to Harvard Medical School can be fatal.