In their lifetimes, more than 40 percent of American women and 30 percent of American men report some kind of sexual dysfunction. And while Viagra and other pharmaceuticals have changed the landscape for erectile dysfunction, the most common problem for men, nothing has been developed to help women. Addyi, a pill billed as the ‘female viagra’, flopped after it’s release last year.

But, sex researchers recently reported some success in regulating libido using a technique that they claim can change brain activity. The technique called Transcranial Magnetic Stimulation (TMS) uses strong magnets to create an electric field that interacts with the electrical activity in brain regions related to pleasure and reward. Although that sounds invasive, it can be done in a normal doctor’s office or at home using a handheld device or headset and there are few to no side effects. 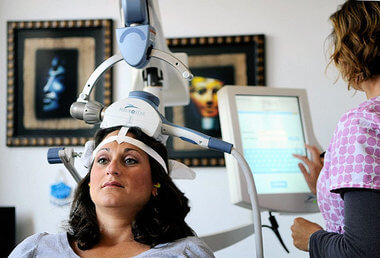 After the intermittent TMS, people had lower levels of alpha waves, which indicated they were more aroused. They also reported having more orgasms over the following weekend, either by themselves or with partners. From New Scientist:

As predicted, after excitatory TMS, participants’ alpha waves were weaker – suggesting they were more sexually aroused – than after inhibitory TMS. The team couldn’t measure any changes to people’s sex lives, as the effects of a single session of TMS are short-lived.

This experiment, published in PLOS One, draws heavily from TMS protocols that are currently used to treat depression. The TMS treatment used in this study even targeted the same brain region. Many severely depressed people don’t respond to medication or psychotherapy. TMS sessions multiple times a week for six to eight weeks are often a next step. TMS has few side effects and is non-invasive so it’s preferred treatment before a person might try electro-shock therapy or deep brain stimulation where electrodes must be surgically implanted in the brain.

TMS is FDA approved for depression therapy. That means there is significant safety data available and side effects are well-documented. Some depression patients have reported an increase in libido after the TMS therapy, but that hasn’t been studied well enough yet according to Nicole Prause who led the libido study. 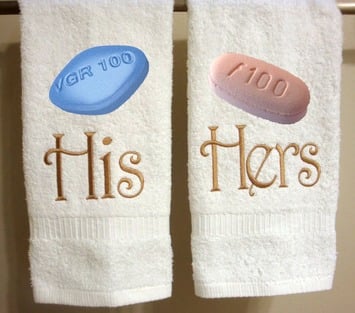 There are personal TMS sets available on the market. If TMS proves to be beneficial for libido regulation in further, larger studies, people would be able to start using them quickly. Those sets could potentially be used not only to increase libido, but also to calm over-active sex drives, according to the paper. Aside from Viagra, which is only effective in men, there are not many other options for people with sexual dysfunction. Addyi didn’t sell well because it was largely ineffective according to a WNYC profiled of Prause:

When a “female Viagra”, called Addyi, was introduced last year to rev up women’s sex drives, it was received with far less enthusiasm than its male counterpart. Mainly it’s because the drug isn’t all that effective: it only helped 10 percent more people than the placebo. The drug also comes with caveats: like not being able to drink alcohol or combine it with other medication.

The Addyi story underscores a bigger problem with sex research—there isn’t enough of it. And most of it focuses on the genitals rather than the brain where desire starts. Alex M.F. Quicho writes at Broadly:

But in spite of the life-improving promises of consumer sex tech, the reality is that official, peer-reviewed studies remain crucial to reforming policy and education. Founded by Dr. Nicole Prause, Liberos Center is one of the few sex-centric research institutions in the United States. Much of its work investigates the relationship between psychology, physiology, and sex, with an emphasis on the hard data that is often lacking in sex tech.

Prause is the lead author on the PLOS libido study.

Because TMS is well-established as a depression treatment and has a long safety track record there is good reason to pursue further research. This study was too small and too short to definitely say the therapy is effective for libido control. But when something so common has so few available treatments the bar is set pretty low.

Meredith Knight is a frequent contributor to the Genetic Literacy Project. Follow her @meremereknight.