Genetics for public health: A lost cause?

Your genes make you completely unique. But they also make you remarkably similar to a chimpanzee, a yeast cell and every other human being on the planet. Such are the mixed messages that come up when we try to describe the meaning of genetics. And that problem is just as pronounced for physicians and public health officials who try to reconcile the inherent individualism of genetics and the presumed potential for genetics to produce new health guidelines that apply to everyone.

The director of the Center for Disease Control’s Office of Public Health Genomics published an editorial in June 2016 speaking to the problem. “It is absolutely true that each of us is biologically unique. It makes sense that we should somehow use this uniqueness in disease prevention,” Muin Khoury wrote.

As is often the case when it comes to genetics, Khoury suggests we need more data or better-matched data to fix the problem:

Most genetic and non-genetic risk factors have a weak or moderate effect on the risk of common chronic disease. So stratification of disease risk based on known risk factors including genetics, leaves most people either “slightly above average or “slightly below average” risk (see figure). Even though no one is average, the evidence accumulated in relatively small studies makes it difficult to recommend different courses of action to preserve health for most people.

Discoveries in human genetics have become so individualized that there are limited findings that apply to all people. The cures for chronic, common diseases we anticipated have long been coming are rather lackluster. In fact, genetics has been most helpful at identifying (and sometimes treating) rare, orphan diseases. That is because, ironically, the common diseases we all get are affected by numerous genes and their myriad interactions.

Many of the studies looking for public health level guidelines with genetics just fall short. For example, this large study on the genetic versus lifestyle impacts for developing Type 2 diabetes pretty much regurgitated what doctors have already known and told patients for decades—lose weight to reduce risk. The study’s conclusion:

The relative effect of a T2D genetic risk score is greater in younger and leaner participants. However, this sub-group is at low absolute risk and would not be a logical target for preventive interventions. The high absolute risk associated with obesity at any level of genetic risk highlights the importance of universal rather than targeted approaches to lifestyle intervention. 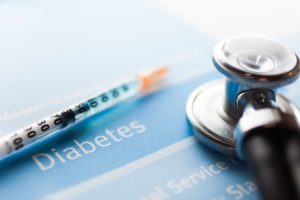 This begs the question, do we already know everything genetics will teach us about public health? And are the widely held guidelines that we’ve developed from people’s phenotypic health, about diet and exercise for example, always going to be more robust than those that emerge just looking at genetics?

Related article:  Fit and fat at the same time? The right genes may make it possible

One way to advance the issue is with more, but different data. A new study linked genetics to electronic health records for more than 50,000 people. The researchers found that about 3.5 percent of people had a genetic variant “for which screening or treatment already exists,” according to The Scientist:

This is new territory and I applaud [the authors] for their efforts. No one has taken this many individuals’ genomic sequences from one health system and tried to extract useful information, Eric Topol, the director of the Scripps Translational Science Institute who was not involved with the study.

This study, published in Science, only looked at conditions that have some available test or treatment. Those are called ‘actionable.’ And they may provide some benefit to those patients. For example, the study screened for familial hypercholesterolemia (FH). People with FH gene variants have genetically driven high levels of bad cholesterol. There are new drugs and lifestyle changes to treat FH. If a patient’s sequencing identified one of these variants, they could access these treatments.

On the other hand, Khoury’s editorial and these large studies also show how difficult it is to guide patients for individualized, genetically tailored health guidelines. There is simply not enough data to say people with a certain cluster of variants should or shouldn’t eat salt or drink coffee. Outside of small observational studies, none of these individualized guidelines has been tested in a big enough study to prove their effectiveness. Consumers are right to be suspicious.

So is public health barking up the wrong tree when it comes to genetics? And have the millions of dollars spent on those studies been wasted? The field thinks not. Obama doubled down with the Precision Medicine Initiative. Related fields like immunotherapy are thriving. But it might be time to admit that far fewer people will benefit from genetics and related therapies than we expected.

Meredith Knight is a frequent contributor to the Genetic Literacy Project and a freelance science and health journalist in Austin, Texas. Follow her @meremereknight