Will – And Should – Gene Edited Animals Be Regulated? 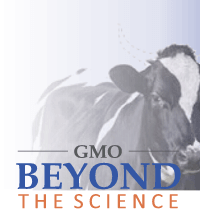 Gene editing techniques are now being deployed by agricultural researchers to more precisely modify crops and animals without using “foreign” genes. This approach may quell some of the public skepticism of more classic transgenic products, often called GMOs. But questions remain about how these new products will be regulated. 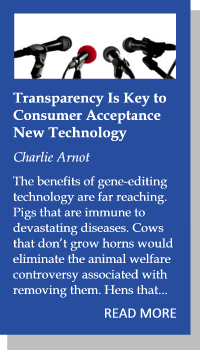 The most dramatic advances are focused in the animal sector. Dairy cows, like those of the Holstein breed, naturally grow horns. They are often physically dehorned because they can pose a threat to other cows, as well as to farm workers handling the cattle. The team I lead at the University of California-Davis is collaborating with a company called Recombinetics, which has developed a method to produce dairy cattle that are genetically dehorned. The gene edited cattle are getting their new, horn-free alleles from the naturally hornless Angus breed to create hornless Holsteins.

Although this process mimics natural breeding in many key ways, questions remain about how or if the United States and governments around the world will regulate it. At the current time it is unclear whether gene editing of animals will be formally regulated in the same way as animals containing rDNA constructs that are the more traditional products of genetic engineering.

Animal breeding per se is not regulated by the U.S. government, although it is illegal to sell an unsafe food product regardless of the breeding method that was used to produce it. I am unaware of a unique food safety concern that has been associated with traditional animal breeding methods. Gene editing does not necessarily introduce any “foreign” rDNA or “transgenic sequences” into the genome, and many of the changes produced would be indistinguishable from naturally-occurring alleles and variations. As such, many applications will not fit the classical definition of genetic engineering.

For example, many edits are likely to alter alleles of a given gene using a template nucleic acid dictated by the sequence of a naturally-occurring allele from the same species (e.g. the “hornless” Holsteins carry a polled allele from Angus) [1]. As such, there will be no novel rDNA sequence present in the genome of the edited animal, and likewise no novel phenotype associated with that sequence. It is not evident what unique risks might be associated with an animal that is carrying such an allele given the exact same sequence and resulting phenotype would be observed in the closely-related breed from which the allele sequence was derived [2].

U.S. Regulators So Far Have Not Weighed In

Currently, the Food and Drug Administration (FDA) defines “genetically engineered (GE) animals” as those animals modified by rDNA techniques, including the entire lineage of animals that contain the modification [3]. The rDNA construct in the GE animal is considered a new animal drug and thus is a regulated article under the new animal drug provisions of the Federal Food Drug and Cosmetics Act. These two sentences are potentially contradictory as it is not clear if it is the use of rDNA techniques in the development of a product, or the presence of an rDNA construct (drug) in the product, that is the trigger for regulatory oversight. The use of rDNA techniques does not necessarily result in an rDNA construct in the animal.

It is possible that gene editing nucleases might introduce double stranded breaks at locations other than the target locus, and thereby induce alterations elsewhere in the genome [4]. Such off-target events are analogous to spontaneous mutations that occur in conventional breeding and are specifically induced in unregulated mutagenesis breeding, and can be minimized by careful selection of the guide sequence that targets the specific DNA sequence to be cut as well as the design of the gene editing reagents [5]. There are groups working on ways to rapidly identify and suppress such potential off-target effects [6]. Complete sequencing of polled calves derived from two independent cell lines to 20X coverage did not find any off-target introgression of the polled allele, nor any insertion- deletions (indels) ascribable to off-target DNA cleavage by the TALENs.[1].

Globally, governments and regulators are currently deliberating about how gene-edited animals should be regulated, if at all. It is no coincidence that there have been a slew of recent policy papers from normally unobtrusive public sector breeders and academicians from around the world discussing the need for regulation of genome editing to be science-based, proportional to risk, product focused and fit for purpose [2, 7-11].

Many agencies around the world are involved with the regulation and governance of genetically engineered animals besides the U.S. FDA, including the European Medicine Agency (EMA), the European Food Safety Authority (EFSA), and the Food and Agriculture Organization of the United Nations (FAO)/World Health Organization (WHO). The definition of a “genetically engineered” animal differs among these different agencies.

The Codex Alimentarius (Codex), or “Food Code”, was established by FAO and WHO to develop harmonized international food standards, which protect consumer health and promote fair practices in food trade. In 2008 the Codex developed the science- based “Guideline for the Conduct of Food Safety Assessment of Foods Derived from Recombinant-DNA Animals (GL68-2008)” [12] which provides internationally-recognized recommendations for assessing the nutrition and safety of food from GE animals. In that document, a “Recombinant-DNA Animal” is defined as an animal in which the genetic material has been changed through in vitro nucleic acid techniques, including rDNA and direct injection of nucleic acid into cells or organelles.

The Cartagena Protocol on Biosafety (CPB) is an international agreement which aims to ensure the safe handling, transport and use of any living modified organism. The CPB defines “Living modified organism” to mean any living organism that possesses a novel combination of genetic material obtained through the use of modern biotechnology, and specifically excludes techniques used in traditional breeding and selection.

Likewise, the EU definition of a genetically engineered organism included in Directive 2001/18/EC encompasses an “organism, with the exception of human beings, in which the genetic material has been altered in a way that does not occur naturally by mating and/or natural recombination.”.

Many applications of gene editing would result in products that have modifications that could occur by mating and/or natural recombination, and carry no novel combination of genetic material or rDNA construct. Additionally, many modifications would be indistinguishable from the naturally occurring variation that is the basis of all animal breeding programs and, in fact, evolution. The only way to tell the difference would be for the breeder to state whether the genetic variations in their germplasm was “naturally” occurring (which could include crossbreeding and mutation breeding induced by human intervention) or obtained via gene editing.

In this way it is somewhat analogous to cloning which makes an identical copy of an organism – a genetic twin. The milk, meat and eggs from cloned animals are indistinguishable from the products produced by conventionally bred animals. In the United States the FDA determined there were no unique risks associated with products derived from clones and this process is allowed to be used in animal breeding programs. Conversely, animal cloning is prohibited in some countries in the EU where the process- based regulatory approach judged the process unacceptable on ethical grounds.

Related article:  Without Glyphosate, What Would Farming Look Like?

Lines Blurry as to What Constitutes Genetic Engineering

Most recently the U.S. National Academy of Sciences (NAS) [13] concluded that the distinction between conventional breeding and genetic engineering is becoming less obvious. Some emerging genetic engineering technologies (like gene editing) have the potential to create novel varieties that are hard to distinguish genetically from varieties produced through conventional breeding or processes that occur in nature.

The NAS reasoned that conventionally bred varieties are associated with the same benefits and risks as genetically engineered varieties. They further concluded that a process-based regulatory approach is becoming less and less technically defensible as the old approaches to genetic engineering become less novel and as emerging processes — such as genome editing and synthetic biology — fail to fit current regulatory categories of genetic engineering. They recommended a tiered regulatory approach focused on any intended and unintended novel characteristics of the end product resulting from the breeding methods that may present potential hazards, rather than focusing regulation on the process or breeding method by which that genetic change was achieved.

Ideally gene edited animals will be considered on a case-by-case basis using such a tiered regulatory approach triggered by the novelty of the resulting attributes or phenotypes displayed by the animal. There is a need to ensure that the extent of regulatory oversight is proportional to the unique risks, if any, associated with the novel phenotypes.

Given there is currently not a single genetically engineered animal being sold for food anywhere in the world despite more than 30 years since the first genetically engineered livestock were produced in 1985, animal breeders are perhaps the group most aware of the chilling impact that regulatory gridlock can have on the deployment of potentially valuable breeding techniques.

From a personal perspective I am agnostic as to which specific breeding method I use to achieve genetic progress in my research – whichever works consistently, and enables the best rate of genetic progress is the one I would prefer to use if the regulations associated with the use of that technique are not prohibitive. Unfortunately, this has not been the case for genetic engineering for the past 20 years of my career. This has effectively precluded the use of this method in my research and by public sector breeders globally.

I have watched with growing frustration as the expensive regulatory system focused on the use of genetic engineering in agricultural breeding programs has wasted millions, if not billions, of dollars evaluating safe products. Those funds could have been better used to research to solve pressing agricultural problems. Agricultural production systems are complicated and complex and there are no black and white answers – no forbidden or perfect solutions. Every solution has tradeoffs, also known as risk and benefits, as with every other decision we make in life.

If regulations around gene editing ultimately work to impede the seamless integration of gene editing methods with conventional animal breeding programs, they will effectively preclude the use of this technique in such programs. Idealistically, the best regulatory approach is one that allows new technologies to be used while preventing unacceptable risks to animal and human health or the environment. Here the definition of unacceptable becomes contentious, with some arguing that any level of risk is unacceptable.

However, in a world facing burgeoning animal protein demands, it important to ensure that regulatory frameworks also appropriately consider and weigh the potential benefits of gene edited animals to global food security. Perhaps as importantly should also be a careful evaluation of the opportunity cost associated with precluding the use of gene editing technology in animal breeding programs, something that has rarely been considered for genetically engineered crops. Doing nothing by forestalling progress on potential solutions to global problems is in fact doing something, and opportunity costs should also be a consideration in the evaluation of new plant and animal varieties.

This piece was adapted by the author and expanded from A. L. Van Eenennaam. 2017. Genetic Modification of Food Animals. Current Opinion in Biotechnology. 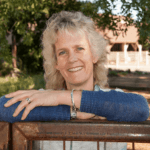