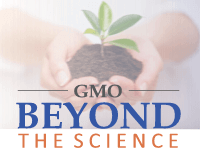 Asia is home to 60 percent of the global population and two thirds of the world’s poor. Many countries are not food secure and traditional farming practices are threatening its agriculture sector.

In her paper, Dr. Arujanan notes that as incomes in developing countries increase, calorie demands will also climb as diets include more resource-intensive foods like meat, dairy, eggs, fruits and vegetables. But the Asian agricultural sector is not well positioned to meet demand as it deals with a lagging GDP, an ageing farming community and the impact of climate change.

Another aggravating factor, according to Arujanan, is low science literacy among the general Asian populace, hindering acceptance of new technology. The challenge is certainly not unique to Asia.

In the 17th century, Galileo used science and his powers of observation to declare that the sun, not the earth, was the center of the universe. For his contribution to science and society he was declared a heretic and spent the rest of his life under house arrest.

Scientific consensus tells us that climate change is real and genetically modified (GM) foods are safe to eat. Yet the public debate on topics like these continues.

Genetic modification and other technologies in food and agriculture have provided many benefits to society. Innovation helps us meet one of humanity’s basic needs – making safe, nutritious food accessible. Yet despite what science says, GM foods still generate controversy.

A survey from the Pew Research Center says that 88 percent of scientists believe GM foods are safe to eat, compared with only 37 percent of the public. But the survey doesn’t explain why so many consumers reject scientific consensus when it comes to GM foods.

Regardless of the topic, whether it’s global warming, GM foods or myriad other issues, four barriers play an important role in science denial:

Indeed, science is sometimes hard for some people to swallow, but overcoming these barriers to support informed decision making and foster greater trust is possible. CFI’s research shows that building relationships based on shared values is the first step to successfully introducing technical information. Too often those in agriculture and food resort to, “If I just give consumers more information and more facts, they’ll come to my side.” But that approach falls flat.

Science may tell us that we can create/grow/build something, but society is asking if we should. Can and should are two entirely different questions. Scientists have tried to substitute scientific verification for ethical justification with the result being a growing gap in scientific acceptance.

CFI’s research clearly shows that when people realize your values are aligned with theirs, they are more willing to consider technical information on an issue as personal as the food they feed their families. 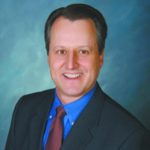