When it comes to communicating epigenetics, everything falls into two categories. It’s either cartoonish and lacks any depth or it’s overly complex so that only an expert in the field could understand and appreciate it. No one is quite hitting that middle ground and we need that.

–Author Cath Ennis on the dearth of quality epigenetics information

In the February edition of O, The Oprah Magazine, Monique Barry wrote a poignant story about her lifelong struggles with anxiety. But Barry’s story, which is titled “The Inheritance,” takes a sharp turn when she places the blame for her anxiety on her grandmother’s trauma.

Barry explains that her affliction started early, noting, “I’ve had anxiety for as long as I can remember.” As Barry grew older, she says she built her life around her anxiety. She coped with her stress and other symptoms with medication, such as Xanax, and binge-eating. Despite her self doubts, she eventually married and had a daughter.

More than 3 million Americans suffer from general anxiety disorder, and even with treatment, the affliction can lead to numerous serious maladies such as clinical depression and suicide. Most of Barry’s story is an eye-opening look into how such minor problems as fears that a classmate will steal your pencil can spiral out-of-control when someone suffers from endemic anxiety.

But Barry’s story turns to the ‘woo-woo’ (a phrase she uses) when she meets Angelica Singh, who self-describes her work as “embodiment process and counseling.” (Remarkably, a physician referred Barry to Singh.) In her first session with Singh, Barry was told several fantastical things such as “you’re not even in your body” and “I see war all around you.”

But the most pertinent statement is the diagnosis: epigenetic post-traumatic stress disorder (PTSD) inherited from her grandmother. What does that mean?

Barry eats it up though. She feverishly Googles ‘epigenetics’ and consumes everything she can about the subject. She continues to see Singh, who also connects the diagnosis to her conception and fertilization, claiming she can see “dark energy” surrounding the womb.

The story highlights a few classic pitfalls when it comes to communicating, writing and learning about epigenetics. First, there is no mention of the possibility that her anxiety was inherited another way or what the environmental influences might be. If her parents and grandparents dealt with anxiety (and it sounds like they did), the most likely explanation is that the inheritance was genetic. But far too often, people jump to the hazy and unscientific belief that one disorder or another is the result of ‘epigenetic inheritance’ instead of the far more likely explanation of traditional genetics. Horses, not zebras (or unicorns).

This story also highlights how quacks are utilizing the current holes in our understanding of epigenetics to tie their pseudoscientific views to a hard science. The case is similar to the clinic that was advertising autism treatments that “targeted methylation” — a fake treatment for a real process. (I highlighted this in the February 17 Epigenetics Around the Web.) The reality is that there is far too much uncertainty about this field for anyone to make diagnoses or treatment recommendations (outside of maybe cancer) based on epigenetics. 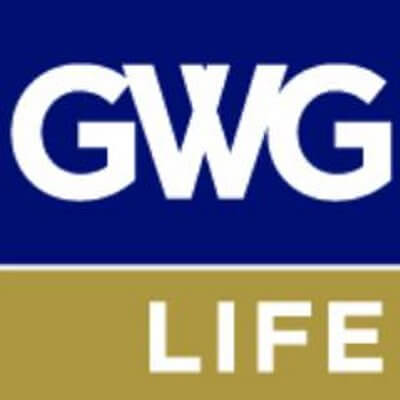 To buy life insurance, you need to get a physical so the company can assess your health and determine how much coverage and at what price aligns with your particular risk. Standard operating procedure is for the doctor to collect height, weight, blood pressure pulse and blood and urine samples to assess kidney, liver and organ function. Some companies even analyze data from genetic tests. But one company is looking to take things a step further and have begun using epigenetic data. But there is significant doubt as to whether the science warrants this.

GWG Life, a final services company based in Minneapolis, Minnesota announced on March 2 that it will be the first company to collect data on genome methylation (a key epigenetic mark that decreases a gene’s activity):

Life insurance policy owners submitting their policies to GWG Life for evaluation and purchase are now providing saliva samples that are used to analyze the overall health and life expectancy of policy owners. The samples contain cells that can be analyzed for specific levels of methylation that occur in epigenetic biomarkers.

The company is citing a September 2016 study from the journal Aging as scientific justification for the decision:

As published in the September 2016 issue of Aging, certain levels of methylated biomarkers were proven to be predictive of an individual’s risk of all-cause mortality, contributing to a more accurate estimate of the life expectancy of policyholders, a key factor for the firm’s life insurance secondary market business.

The study’s lead author, Brian Chen has since been hired by GWG Life to assist in the testing, but it’s the study’s senior author who is crucial in this story: UCLA biostatistician Steve Horvath. In 2013, Horvath introduced the epigenetic clock, an algorithm for determining ‘cellular age’ based on the amount of methylation that occurred in specific regions of a person’s genome. I described the clock’s inner workings in a previous piece. GWG acknowledges Horvath’s influence:

A number of interesting findings have been obtained using Horvath’s epigenetic clock. One study from February 2017 reported that the gap between chronical age and cellular age was a very stronger predictor of cancer risk. Another study from August 2016 found that Hispanics tend to have a slower ticking epigenetic clock, which the authors hypothesize explains why their life expectancy is on average longer than that of other ethnic groups.

While there is a tremendous amount of potential for a epigenetic clock to revolutionize fields from oncology to forensic science, it just isn’t far along enough to be used in this manner. There is still far too much unknown about the connection between epigenetics and health, aging and disease. Principally, we still don’t know if a person’s health and lifestyle drive the patterns and amount of methyl groups or if they are an artifact of aging. Genes also may control the placement of many or most of the locations of epigenetic marks. We also don’t know what removes or reverses them.

The fact that we still fundamentally do not know why these methyl groups are placed in these patterns makes using them to determine something as important as life insurance a serious miscarriage of science.

When it comes to communicating epigenetics, everything falls into two categories. It’s either 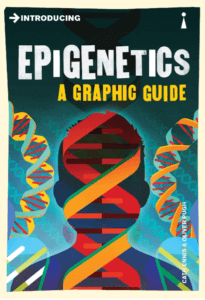 cartoonish and lacks any depth or it’s overly complex so that only an expert in the field could understand and appreciate it. No one is quite hitting that middle ground and we need that.

That’s what writer Cath Ennis told me a few weeks ago when we chatted about the current state of epigenetics communication. Ennis, who serves as an advisor for the ELP, has a new book out March 14 titled “Introducing Epigenetics: A Graphic Guide.” The book, which features illustrations by designer Oliver Pugh, hits exactly the right tone and level Ennis says the field so desperately needs.

This weekly roundup of the latest studies and news in the field of epigenetics originated on our GLP sister site, the Epigenetics Literacy Project.