No other chemical in modern agriculture has attracted as much scrutiny and criticism as glyphosate. The herbicide–widely sold generically but also under the trade name of Roundup, and originally patented by Monsanto–has been used in home gardens and by farmers for decades. It has played a key role in the evolution of the genetically engineered seeds that dominate many of the world’s most important crops, including corn, soybeans and cotton. At the same time, it has been linked in some studies that scientists say are of debatable merit to an array of human health disorders, including autism and cancer.

When the European Chemicals Agency announced that its review of the research finds that glyphosate is not a carcinogen, it marked yet another important scientific victory for this favored target of anti-GMO forces.

The herbicide has been vetted repeatedly by regulators in the US, Europe, Canada, Australia and elsewhere. The scientific consensus is that glyphosate is safe when used as directed. Itoriginally was introduced in 1974 by Monsanto as part of its Roundup herbicide for consumers. The substance began a full-scale move into farming in 1996 and 1998, when the company released soybeans and corn genetically engineered to resist its effects. The pairings allowed farmers to kill weeds, without damaging their crops. It went off patent in 2000, freeing other companies to market their own versions, helping it to become the most-used agricultural chemical.

Along the way, the product attracted a small, but vocal, group of critics who have produced studies and reports, often criticized by scientists in the field. Among them is a 2013 analysis by Stephanie Seneff, an MIT computer analyst with no expertise in toxicology, that correlated glyphosate use with various conditions, including autism, depression and Parkinson’s disease. The claims drew sharp criticism from scientists, who argued that Seneff’s work revealed correlation — not causation. Just because two things are happening at the same time doesn’t mean one of them caused the other. For example, the rise in autism also correlates with the rise in organic food sales. 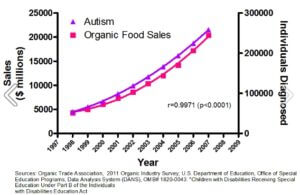 Safety concerns also have been raised by an oft-cited 2013 study by French geneticist Gilles-Éric Séralini, which featured pictures of rats with bodies twisted by cancer allegedly caused by exposure to glyphosate or GMO corn. The controversial study was retracted and then republished later without peer review. The study’s methodology was criticized by scientists and independent oversight agencies around the world, and was reviewed and dismissed by the National Academies its May 2016 report on genetically engineered crops.

Concerns about glyphosate’s possible health impacts increased in 2015 after the International Agency for Research on Cancer, a research arm of the World Health Organization, classified it as “probably carcinogenic,” using what is called a hazard evaluation. The IARC classification was widely circulated by anti-chemical and ant-GMO advocacy groups, which argued for bans or tighter restrictions.

Regulatory agencies in the US, Europe and elsewhere reviewed and, for the most part, rejected IARC’s cancer designation, noting it was based on the questionable quality of the studies evaluated to make its conclusions and questionable methodology on IARC’s part. It also was criticized for focusing on whether glyphosate might cause cancer in workers exposed to extreme doses over extended periods of times – not  whether traces found in our food would pose a danger to consumers.

According to the US Environmental Protection Agency and every independent regulatory agency of note, the herbicide is not considered carcinogenic when used correctly. The European Chemicals Agency has now joined these other agencies, following its announcement. 55Among other recent findings in support of the glyphosate’s safety:

Related article:  Viewpoint: US spends huge on cancer medicine but doesn't have a lot to show for it

Why is there such a discrepancy between the IARC hazard findings and risk assessments of the regulatory and mainstream science communities? Many people misunderstand how IARC and its findings are perceived in the global regulatory framework. For more than 40 years, the agency has assessed 989 substances and activities, ranging from arsenic to sunbathing and hairdressing. And only once has it found something was “probably not” likely to cause cancer in humans. The problem, scientific critics argue, is that almost any substance can be judged toxic, even water, if the ‘dose’ is extreme and the exposure time is long enough.

One of the basic principles of toxicology is that “the dose makes the poison.” Lots of things can cause cancer, but not everything that can cause cancer does. Even for common substances, if you are exposed to enough of it for a long period of time you will experience toxic health effects.

Most scientists believe IARC’s hazard assessments are confusing to the public and the science community, and offer confusing regulatory guidance, noting for example that the sub-group also considers grapefruit juice and working the night shift to be as hazardous as glyphosate. Even more dangerous, in the organization’s opinion, are processed meat, sunlight, oral contraceptives, Chinese-style salted fish and alcohol–on the level of exposure to plutonium.

While IARC declared glyphosate a cancer hazard, its parent organization, the WHO, determined in three other reviews that the herbicide does not pose a cancer risk, and especially not in the minute amounts potentially consumed in food. IARC, in its own fine print, explains the difference between its hazard assessments and the risk assessments done by others: 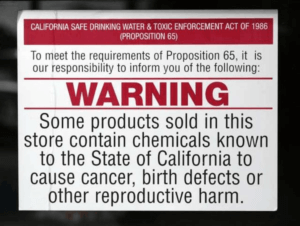 While IARC’s cancer warning has been roundly criticized by the scientific and regulatory community, the impact of that warning is still being felt. California, for example, responded to the IARC designation by attempting to add glyphosate to its list of chemicals known to cause cancer – referred to as Proposition 65. Monsanto sought help from the courts to stop the action, but was denied in March 2017. If the state follows through, it will force Monsanto and its competitors to label glyphosate products with a cancer warning. It’s impossible to say whether the European Chemicals Agency’s assessment will have an impact on the California situation, but it seems unlikely, considering that the EPA’s September 2016 report – in favor of glyphosate’s safety – didn’t prompt the state to change course.

On the legal front, Monsanto also faces a spate of lawsuits spurred by the IARC cancer report. The lawsuits have been filed on behalf of farmers, landscapers and migrant workers. Among the attorneys who have brought lawsuits is Robin Greenfield, who told CBS News:

“What everyone has in common is that they all used Roundup and they all have non-Hodgkin’s lymphoma.”