Green fears: Why are pro-science liberals less embracing of GMO safety than conservatives?

[Editor’s note: Dan Kahan is a professor of psychology at Yale Law School. This is a follow-up to an earlier blog post by Kahan.]

Here are some simple data analyses that reflect how a wider range of GSS [General Social Survey] science-attitude variables relate to environmental concern over genetically modified crops, and how that relationship is affected by partisanship.

I’d say they tell basically the same story as my initial analysis of CONSCI, the item that measures “confidence” in “those running” the “scientific community”: basically, that higher, pro-science scores on these measures are associated with less concern with GM crops. This is so particularly among right-leaning respondents; indeed, left-leaning ones don’t really move at all when one looks at risk perceptions in relation to the composite “proscience” scale. 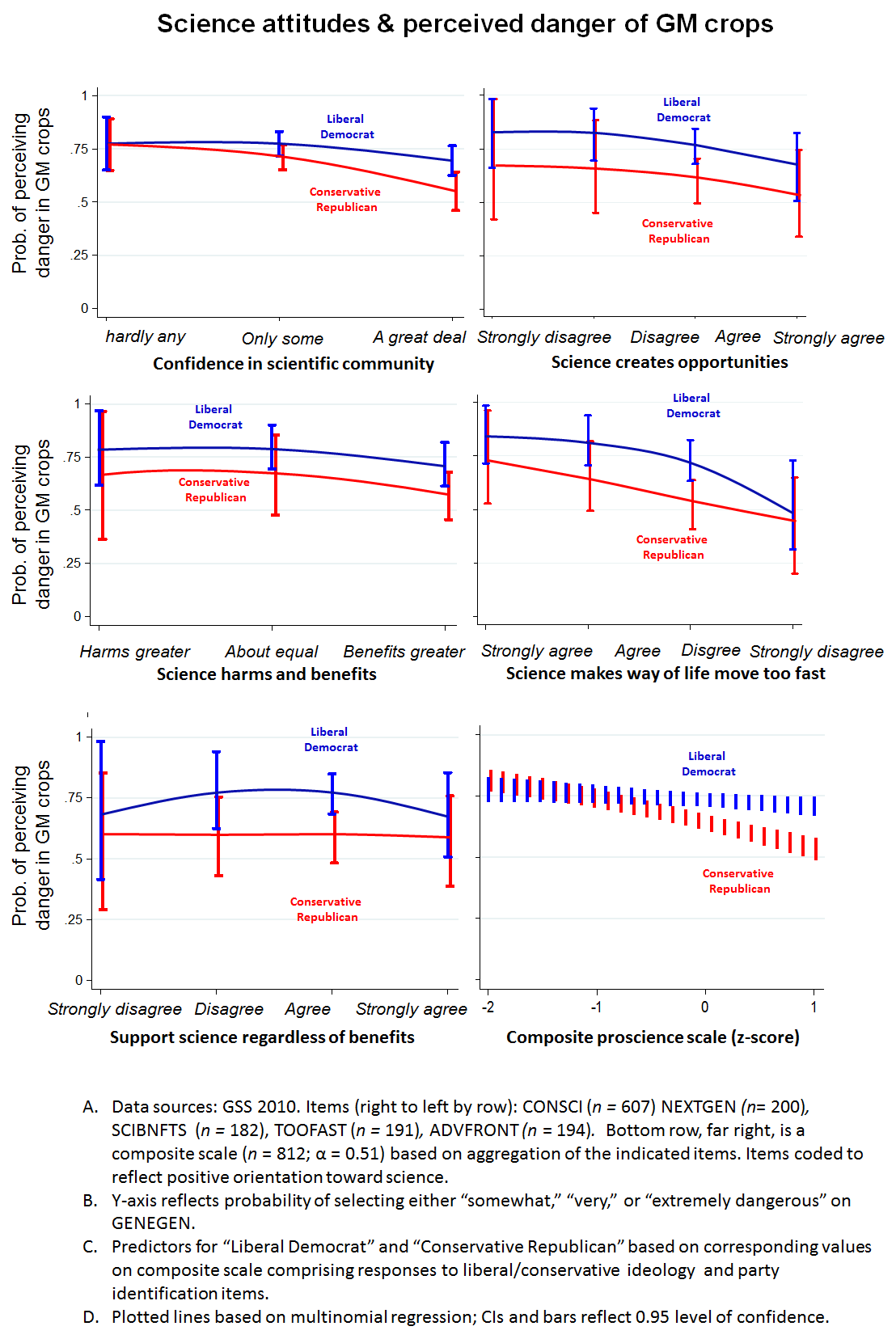 So what’s going on?

One possibility, suggested by loyal listener @Joshua, is that the GSS’s GM-concern item looks at people’s anxiety about the impact of GM crops on “the environment” as opposed to the safety of consuming GM foods. The “environmental risk” cue is enough information for the public—who is otherwise pretty clueless (“cueless”?) about GM risks—to recognize how the issue ought to cohere with their political outlooks.

The GLP aggregated and excerpted this blog/article to reflect the diversity of news, opinion, and analysis. Read full, original post: More GM food risk data to chew on–compliments of GSS