[Editor’s note: Alison Bernstein is a neuroscientist who studies the role of epigenetics and environmental exposures in Parkinson’s disease.]

LD50 (Median Lethal Dose): the experimentally determined single acute dose that kills 50% of a population given that dose

RfD (Reference Dose): an estimate of the daily exposure to humans that is likely to be without appreciable risk of deleterious effects throughout the entire lifetime.

RfDs, not LD50s, are the appropriate comparison for chronic toxicity. Using RfDs, how do caffeine and glyphosate compare? Keeping in mind, the LOWER the number, the HIGHER the toxicity.

This means that caffeine is 40 times more toxic than glyphosate. However, this is only a useful number if we know our typical exposures. The exposure numbers above show that we don’t give a second thought to consuming caffeine at levels hundreds of times higher than the oral RfD, but are simultaneously worried about exposures to glyphosate that are 100 times lower than the RfD. In discussions of toxicity, we must use the correct data to back up our points to step outside the cycle of misinformation. 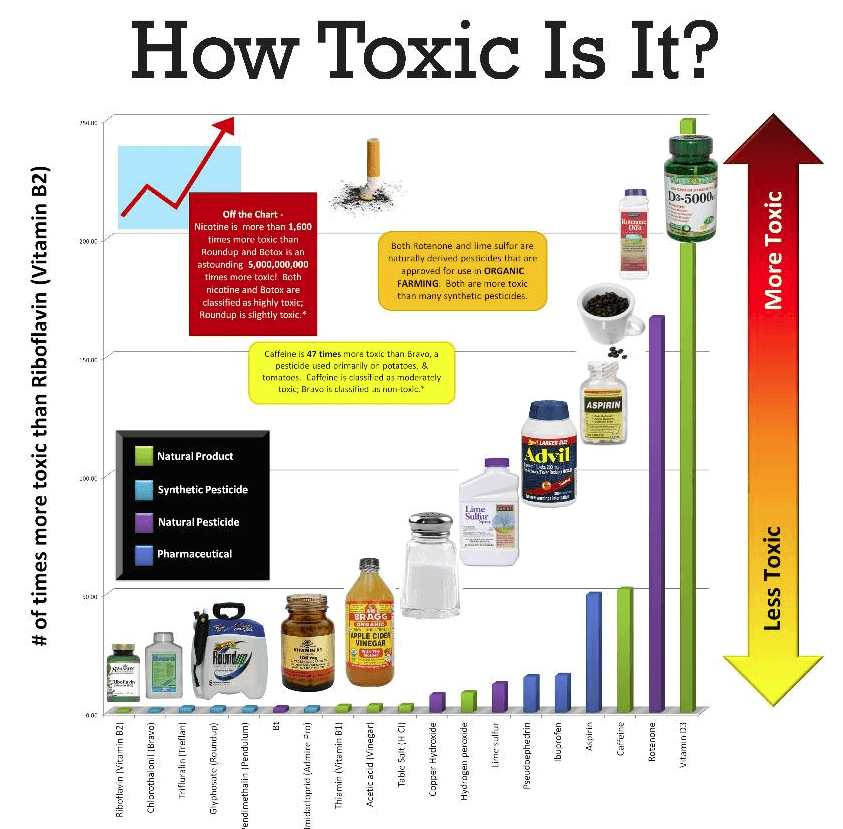 The GLP aggregated and excerpted this blog/article to reflect the diversity of news, opinion, and analysis. Read full, original post: Glyphosate Vs. Caffeine: Acute and Chronic Toxicity Assessments Explained