CRISPR conundrum: Is there a line between GMOs and ‘natural’ crops when genes are edited?

Under European Union law, any genetic modification must be detectable. The law also says that genetic changes must occur with the same “certainty” as traditional breeding techniques. The first generation of genetic modifications—transgenics—met both of these criteria.

But what about the new generation of breeding techniques, led by the increasingly popular CRISPR?

Anti-GMO groups have long argued that the older transgenic techniques have the potential to create “unnatural” hazards because they can be detected and therefore aren’t a “normal” part of an organism. The groups, like those quoted in a review of detection in Food Safety News, argue that those transgenic techniques should be treated differently than older methods — mutagenesis, for example. Introduced genetic changes that can be detected, critics say, should be regulated, or banned. And for the most part, transgenic changes are detectable through a number of common molecular biology techniques like the polymerase chain reaction (PCR).

But new, more precise techniques like CRISPR/Cas9, Zinc Finger Nuclease or TALENS, work much more like the techniques that have been approved by GMO critics. And many advocates of genetic modification maintain that if the results of newer editing techniques can’t be identified, they shouldn’t be considered GMOs — and should not be regulated by the European Union. 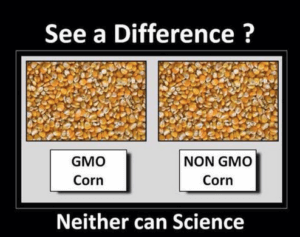 In Europe, a number of new crop variants created through CRISPR or other gene-editing techniques already have passed muster as “non-GMO.” The German government’s risk assessment agency determined that a gene-edited form of canola was not genetically modified under that country’s laws, and Sweden’s Board of Agriculture ruled that any gene-edited plant did not quality as a “GMO” under European Union regulations. In the United States, a new variety of corn produced through CRISPR by Pioneer-DuPont was deregulated by the USDA (that agency’s process of approving a new crop variant).

Adding a wrinkle to the debate, however, is the fact that scientists have found virtually every gene-editing change is detectable. However, they also discovered that these alterations are not distinguishable from “normal” breeding changes—even those approved for organic farming. Wayne Parrott, plant biology professor at the University of Georgia, wrote that “too many people uncritically say gene edits are impossible to detect. A change is always detectable—but just because a change took place does not mean editing was used to make it.”

In all cases, one sure-fire way to determine if a CRISPR or other gene editing change worked is to look at the phenotype. If a desired effect happened, then there you have it; evidence that the change was made. But, as researchers at the Sainsbury Laboratory in Norwich, England, wrote in this review, other traditional breeding methods, like mutagenesis, chemically introduced changes, or conventional breeding, can also make these phenotypic changes, and those changes can’t be distinguished from gene editing.

Parrott pointed out that a number of cases show that a gene editing change isn’t distinguishable from a traditional trait change:

Related article:  Glyphosate herbicide in vaccines? Here is what concerned parents should know

The fact that gene edits can be detected has been embraced by anti-GMO community members. Christoph Then, head of Testbiotech, has maintained that he and his firm can detect these edits as such, and that therefore such introduced traits should be regulated as genetically modified. Then wrote on his company’s website:

The new methods known as genome editing have huge potential for radical changes of the genome. We do not have the experience to declare these products safe. If these new techniques are not regulated, there will be no transparency, no choice for farmers and consumers as well as no possibility of safeguarding human health or protecting the environment as required by EU regulation. So we are urging the Commission to make a clear position statement that these new technologies will not escape EU regulation.

In many other uses of CRISPR-Cas9 and other gene editing techniques, scientists actually do try to find evidence of the gene edit. This is, in basic genetic sciences and the development of possible drugs, essential to understanding whether or not the edit actually “took” (both genotypically and phenotypically). But as scientists like Parrott observed, it’s not necessarily the edit itself, but how it got there. And nobody’s pressed for introducing a gene-edited crop without going through regulatory agencies (even USDA’s deregulation process requires reviews of data).

To paraphrase the “duck” analogy, if it looks natural, acts natural and breeds natural, chances are it is.