Breitbart vs. Kellogg’s: Forcing some anti-GMO progressives to choose a side

It is the nature of a democracy that people — on either side of the political spectrum — are free to be vigilant, even to the point of absurdity, about any subject that captures their attention. We see it daily in the raging fights over the use of genetic engineering in our foods. But when democracy itself is perceived to be threatened, we are often forced to change our perspectives — and sometimes our positions. For an example of this, we can look to the ongoing feud between Breitbart News and the Kellogg food company.

“We regularly work with our media buying partners to ensure our ads do not appear on sites that aren’t aligned with our values as a company,” said Kris Charles, a Kellogg spokesperson, in a statement reported in USA today. 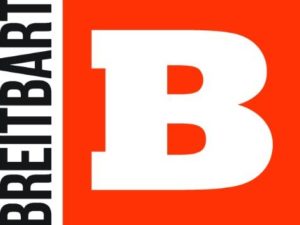 Breitbart retaliated by declaring the food company to be “un-American” and launching the “dumpKelloggs” hashtag to promote a boycott against Kellogg’s products. Breitbart claims 45 million readers, and within hours of the hashtag release on December 1 the Kellogg stock had dropped significantly to a low of 70.75. The stock has since shown improvement, rising as high as $76.44 in February.

But a #buyKelloggs movement also emerged, helping Kelloggs against Breitbart, while also encouraging progressives to pick their fights wisely. For some of them, this could mean chilling out when it comes to Kellogg’s use of genetically modified crops in its food.

In recent years, Kellogg’s also has been the target of boycotts by pseudoscientific quacks, such as Food Babe (Vani Hari) and Naturalnews.com‘s Mike Adams. These activists operate by spreading fear of the herbicide glyphosate and Bacillus thuringiensis (Bt)-modified corn. Bt fear is based on misunderstanding and denial of scientific studies, whereas glyphosate fear is based on the precautionary principle — the idea that a chemical agent harmful at some dose should be avoided at all doses — even those shown to be safe. The resulting fear of GM crops in cereals and other foods is thus unscientific, but Hari and Adams have attracted a growing number of consumers to boycott Kellogg products.

It’s not universal, but GMO boycott participants have tended to align with the political far left based on an anti-corporation mentality. It’s unclear whether the Breitbart-Kellogg war will change the paradigm. But it certainly has forced some shifting of alliances. That was apparent just hours after Breitbart went on the attack, as it inspired a #buyKelloggs movement that expanded on Twitter and other social media.

What progressives are thinking about Kellogg

Consider a sampling of reactions generated after Breitbart launched its campaign. From one progressive came this Facebook post:

“We need to buy Kellogg’s! They are bravely boycotting Breitbart and conservatives are lashing back – #dumpkelloggs is #1 on Twitter and their stock price fell today – cmon, Frosted Flakes and Rice Krispies for everyone!”

This was followed by dozens of comments, most in agreement with the original post. To be sure, one dissenter wrote, “I hate to rain on your parade, but Kellogg’s uses GMO corn!”  However, he was quickly rebutted with comments such as “We can’t be perfect,” and “Really the GMO issue is overblown.” 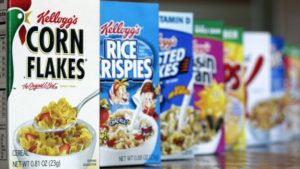 Generally, even those concerned about GMOs were willing to set that issue aside in order to support a company they perceived to be fighting something worse — in this case hate, speech and white supremacy.

‪Consumer attorney Albert L. Lenorean runs online discussion of progressives in which comments on the Kellogg-Breitbart affair were mixed when it came to GMOs.

“Being a liberal or progressive does not mean attack everyone and everything you see on sight,” said Lenore, who ran as democrat for Assembly District 72 in California. “That is just destructive. It is hen pecking. You need to pick your battles and support companies, groups, associations.”

As on Facebook, anti-GMO sentiment was not absent in Lenore’s group, for there were a couple of comments like this one: “I haven’t eaten commercial cereals since high school, and won’t start now”.

“We have real issues with a lot of Kellogg’s corporate actions, but standing up to Breitbart is worth a lot in this era of Trumpism.”

“I think the question before us is how can we can show support for a company that takes a principled stand against racism, misogyny and general bigotry as Kellogg did?”