In order to feed the world, and to do so in an increasingly sustainable way, we need continuous agricultural innovation. Plant breeding is at the basis of such innovation. Its intellectual property (IP) needs to be protected. But a one-size-fits-all approach, that would impose the patent protection system on agriculture and plant breeding irrespective of the consequences, is not in the public interest.

Negotiators on IP in the agricultural sector, included as part of the Transatlantic Trade and Investment Partnership (TTIP) trade negotiations, or otherwise, would be wise to take note of this, and of the effect of GM-led breeding on regulation, in a much more serious way.

Breeders’ rights, a system in force in many countries

The plant breeding sector has long been dominated by a legal protection system that promotes open innovation, called breeders’ rights. This system typically lends exclusive rights to the breeder of a new variety to market and sell its seeds. But it differs from the patent system in this important respect that the ownership does not extend to farm-saved seed: farmers can freely (personally) use the seeds produced from these crops on their land. And even more importantly, other breeders have the right to breed on the basis of this variety to develop new varieties, even if it is protected.

The economic rationale behind this regulation is that, through classical breeding techniques, it will typically take some ten years to develop a new variety on the basis of an existing one (including stabilization of the new variety and approval by an official body). During that period the original breeder will be able to get the return on his investment. Breeders’ rights have proven to be a strong incentive to innovation, as there are few legal obstacles that stand in the way of breeding new varieties while, for the able breeder, assuring a return on the investment made.

The system of breeders’ rights is in fact quite common; it is in force in countries like Australia, Canada and France. But gradually, the patent system gains the upper hand. This is both because of the unwillingness of American companies and official bodies to accept the former, and the greater speed of bringing new varieties to market using new technologies, including genetic engineering. Clearly, a much shorter time lapse between innovation and market introduction may undermine the economic case for breeders’ rights. Companies with sufficient legal and financial capabilities therefore increasingly apply for patents.

The European Patent Office has ruled in favor of patents. Plant breeders, particularly in the Netherlands where there are many small and innovative companies in this sector, had thought for a long time that European law would not allow patents to be granted on naturally occurring properties: ‘Plant varieties cannot be patented’, according to European law. But they got a wakeup call. A few trial court cases now have shown that the European Patent Office considers all naturally occurring plant properties to be new and even innovative, as long as they have not been described before and have been modified in some distinct way. For this newness their prior occurrence in wild species or bred varieties is judged to be irrelevant. The breeding of a property into a marketable variety often is thought to be innovative. In other words: almost anything can be patented. 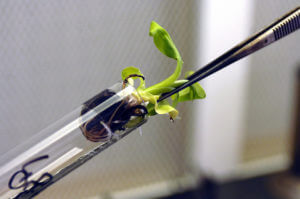 Plant breeders in the EU have now discovered that the 1998 European regulation on seed IP is not of little consequence, as they thought, but on the contrary, it is even at odds with the traditional system of plant breeders’ rights. The EU has been slow to recognize the magnitude of the problems caused by this, because just a few European countries (Netherlands, Germany and France) have a plant breeding sector of an appreciable size; the rest are largely dependent on varieties imported from abroad. These matters have recently been discussed in the council of agricultural ministers, but it is not yet clear if this will lead to any strong action. And even if the council should wish to address this, it might be too late; changing the existing EU regulation will take at least ten years, and if this should be the consequence of a new European policy, many small and medium-sized companies in the sector may have gone bankrupt before new laws could be enforced.

Matters have gotten even worse for small breeders because of the course of action taken by the dominant biotechnology seed companies in the field to patent plant characteristics found in public sources. The majority of these have been developed by academic research groups, and not published in scientific journals in order not to stand in the way of commercializing the development. Hence, they are available to be patented, according to these companies. Surely, this is not the intention of patent laws, that companies can patent something developed through public funding, solely because they find this property in non-published academic reports?

Not in the public interest

Why should we be concerned?

Related article:  Conflicting views on GMOs: How do we know what to believe?

The balance is shifting towards guaranteeing the patents of agribusinesses; small European breeders that have not been attentive enough to grasp the consequences of ongoing legislation will suffer and others will profit, it’s all in the game. But this development is not in the public interest. A victory of this entrenched patent system will in fact slow down innovation, and that is the opposite of what we need.

Agricultural practices need to be in continuous development. In a sense, agriculture means outsmarting nature. But any sustained agricultural practice will cause nature to reinvent itself in a quest for restoration of things as they used to be. Nature always wins the Darwinian battle. Endlessly mowing a lawn will produce dandelion varieties with very short flower stems, because these are the only ones that survive. A sustained use of glyphosate will promote glyphosate-resistant weed varieties. Even biological pest control systems, like the use of Ichneumonidae to control plant lice and white flies in modern closed greenhouses, will lose their effectiveness over time and will have to be renewed. Therefore, continuous innovation is at the heart of modern agriculture if we wish to maintain and improve present levels of agricultural productivity and improve its sustainability.

Any changes of the regulatory system in the field of agriculture will have to be judged with this in mind.

It is ironic that a speedier way of plant breeding should in fact slow down innovation – but it is all in the legal system. Patents typically lend exclusive rights to the patent holder for 20 or 25 years. They therefore put a brake on improvements during this period. Whereas in the existing plant breeding system, new innovations can hit the market in ten years’ time. To use the patent system in agriculture like we do it in turbine construction, we have to assume that technologies and innovation boundary conditions are comparable – whereas in fact, they are not. Turbines do not produce a youngster every year, whereas most plants do. Instead of accepting a one-size-fits-all approach, we should consider case by case the needs of each sector and the appropriate boundary conditions for regulation in the sector concerned.

In fact, devising a scheme that fits the needs of agriculture is precisely what the agricultural sector itself has done. Considering that seeds need to be further developed, it devised a clever system that allows other breeders to buy the rights to breed new varieties on the basis of existing ones, even if these are protected by a patent. For these rights, the new breeder would have to pay a price. Prices would have to be negotiated. Parties unable to come to an agreement could appeal to referees. These – and this is the clever part of this scheme – would not be allowed to end up somewhere in the middle, they would have to choose one of the conflicting proposals. 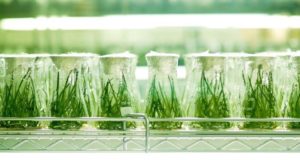 The idea behind this is that parties would try to be as reasonable as possible in the negotiations, in order not to put off any referees. This proposal would cover the sector’s needs both for protection of IP under the patent system and for the need for continuous seed improvement, be it through GM or through classical breeding. But the biggest stakeholder, Monsanto, recently withdrew from this unofficial agreement, leaving its future undecided for the time being. It may thus be logical to turn this voluntary system into a legal one.

In order to feed the world, we need continuous agricultural innovation. A one-size-fits-all approach, that imposes the patent system on the agricultural sector irrespective of the consequences, is not in the public interest. The mere concept of farmers not having the right to use farm-saved seed is at odds with good farming practices.

Patenting plants and plant varieties in the U.S. has led to many unproductive court cases. We are now at a point in time in which we can set property and licence rules for future agriculture. In this, an ample and increasingly sustainable world food supply should be the leading principle. The system of breeders’ rights excellently fulfils this criterion. It functions smoothly by itself, without much intervention of specialist lawyers that would drain money from the innovation system.

If breeders’ rights can no longer be upheld because patents and GM-led innovation provide more power to the biotechnologists, we should open up the patent system to include some of the key characteristics of breeder’s rights: some kind of exemption for breeders and farmers – as only that promotes innovation and productivity. Like in the proposal developed by the agricultural sector. Those who are setting regulations in the agricultural sector, whether in trade agreements or otherwise, would be wise to keep this in mind.

Diederik van der Hoeven is a Dutch science journalist, specializing in energy, sustainability and the biobased economy. He is the editor of www.biobasedpress.eu. Follow @biobasedpress on Twitter.